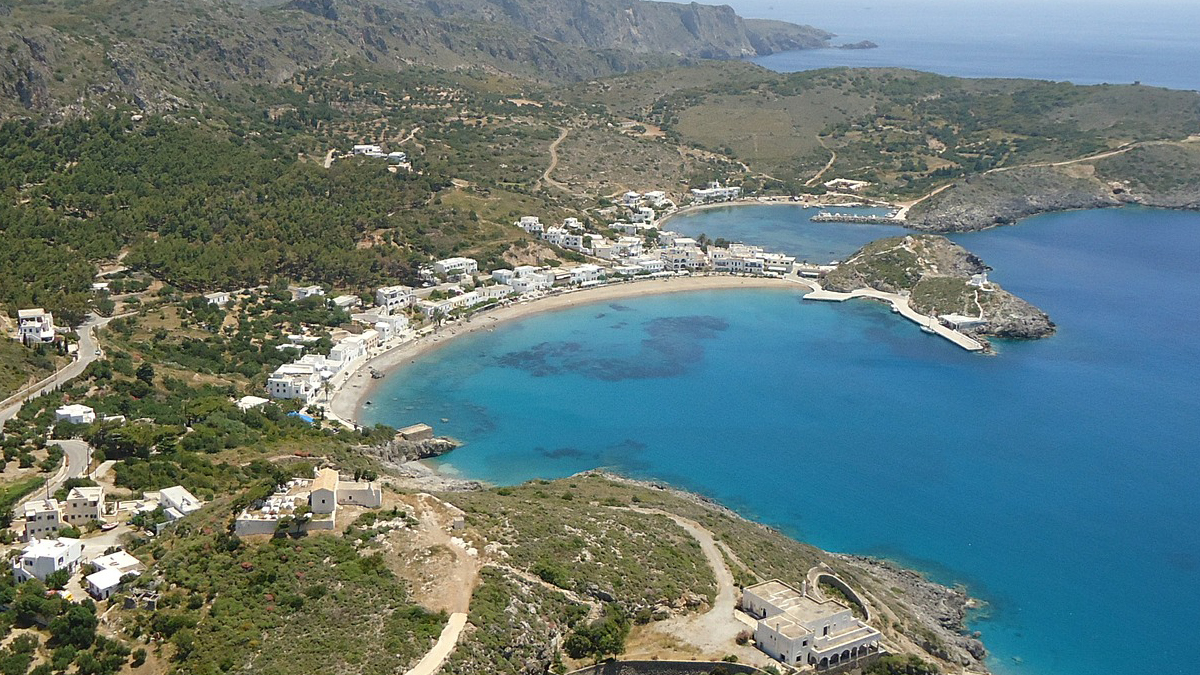 Kythera is the island of Aphrodite and Eros. Ιt is a strange mixture of influence from the Cycladic and Ionian Islands and the Peloponnese. White houses with blue shutters, villages resembling those of the Ionian Islands. And beaches that take your mind back to the Peloponnese…

One of the island’s most picturesque villages is that of Avlemonas. Swim in the small creek of the village and stroll at the seaside. Not far away from the village you can visit Paleopolis beach, which is the largest and one of the most beautiful on the whole island. According to legend, goddess Aphrodite emerged from the waters of ​​Paleopolis! The beach has facilities for water sports, skiing, surfing and more.

Don’t miss the opportunity to visit the villages at the northern part of the island, specifically Potamos and Karavas. Climb up to Karava and admire the historic Amir Ali’s fountains and the village’s unique architecture. Visit Potamos, and be sure to see the village’s square, a spot that never sleeps!

In Mylopotamos, you can wander the narrow streets and admire the architecture. Let the paths lead you to a ruined yet still beautiful Venetian settlement. Near Mylopotamos, you’ll also find the “Fonissa” waterfall.

The island is known for its caves. Mylopotamos (or Hagia Sophia) cave is the most popular. Hagia Sophia Cave will impress you with its 13th century frescoes, as well as its stalactites and stalagmites.

Another well known cave is that of Housti, in Diakofti area. There, archaeologists have discovered stone tools dating back to 4000 BCE. Adventure lovers will enjoy the descent to the Paleochora Gorge (Kakia Lagada). It starts from the area of ​​Paleochora and ends at the northern coast of Kythera.

Located between the southern Peloponnese and the island of Crete,
Kythera has many valleys that reach the sea, forming enchanting beaches. The island has over 40 beaches of various sies. More than half of the beaches are reachable by road, while others require a boat to reach them by sea.

The island’s most famous beach is, by far, Kaladi, a pebbly beach with turquoise crystal clear water. It is located in the eastern part of the island. It’s a bit of challenge, but well worth the dirt road and 120 stone steps you’ll encounter on your way to the shore.
Another impressive beach is Melidoni, on the southwest side, connected to Drymonas village. It is a small creek with fine sand and crystal clear water sure to impress. Kalamos, a beach covered with pebbles, is one of the most frequented beaches, mostly due to its rich blue sea.

Less crowded, Diakofti Beach, on the northeast side, with its turquoise waters and white sand, will make you believe that you have escaped to an exotic island! The beach is ideal for families with children, as the waters are fairly shallow. Be sure to check out the shipwreck which is only feet away from the port.
Kalami Beach is equally beautiful, but more challenging to access. Follow the road to Panagia Orfani, you’ll also have about a 15 minute hike, with a steep descent – but the scenery will more than make up for the challenge!

Near the villages of Hytra and Chora, you’ll find Kapsali Beach. The seaport of Chora is vivid, both day and night. You’ll find water sports on the beach, or you can just relax in the beautiful cafes, be sure to try lunch or dinner in the unique little restaurants.

In Kythera there are two beaches named “Firi Ammos”. The first is located at the southeast part of the island, near Kalamos village and has been awarded a “Golden Star” award for its natural beauty and its clear waters. The other “Firi Ammos” (Agia Pelagia) is located near the homonymous village and is well known for its red sand and pebbles.

What to Take Home with You