Politismos eMagazine | The unique foods of Greece and their health benefits – Pomegranates
5439
post-template-default,single,single-post,postid-5439,single-format-standard,ajax_updown_fade,page_not_loaded,,large,shadow2 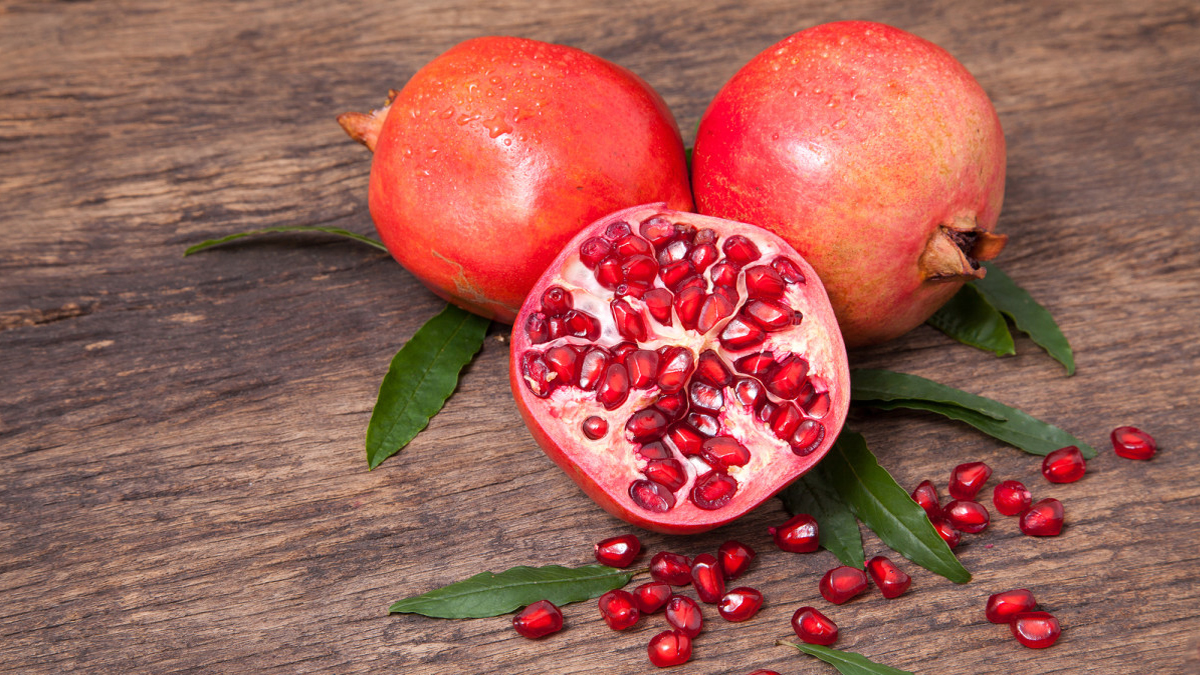 The unique foods of Greece
and their health benefits – Pomegranates

Since ancient times, the Greeks had realized how precious the gifts of Mother Nature were. The Mediterranean climate along with the geological formations of the country created a fertile ground where an abundance of wild herbs and plants could grow. About 1800 endemic species that grow on Greek soil have certified medicinal properties. Over the years, the Greeks have come to discover the properties of these special herbs and foods… This month we savor the beautiful Pomegranate!

The “Unique Foods of Greece” series has featured a plethora of alimentary goods which are not only of Greek origin but are also symbols of timelessness throughout the history and cultural status of the country. Yet, never has a product of such an oxymoron symbolization been met before.

The pomegranate seed, “the fruit of the dead” as depicted in ancient Greek mythology, is a common worldwide representative of good luck and prosperity at the same time. This red-purple seed which was said to have come from the blood of Adonis, encompasses both longevity and mortality; the notions of Life and Death.

In mythology, Persephone was offered a pomegranate by Hades and ate six seeds which symbolized her six-month stay in the Underworld. As the myth helped the ancient Greeks explain the season changes, when winter was over, they gave Demeter, the Goddess of Harvest, pomegranate offerings so as to pray for fertile land and abundance.

In addition, the fact that in some Greek regions pomegranate is known under the name “rhoa” indicates a connection to Rhea, the Earth goddess. In other myth adaptations, pomegranate seeds which were offered to the Gods are related to conception and pregnancy and to honoring the spirits of the dead.

In this day and age, pomegranate fruit are present in celebrations and important events in regions all over Greece. On New Year’s Eve, when someone is newly married or just moves into a new house, a member of the family who is considered the luckiest throws a pomegranate fruit on the ground so that it bursts open in as many seeds as possible; the more the seeds, the luckier the household will be.

However, as there are both sides in the life spectrum, pomegranate is also a key ingredient in koliva, an Orthodox-Church-related dish for the commemoration of the dead. In religion, pomegranate is a symbol of rebirth and resurrection.

“About the pomegranate I must say nothing, for its story is somewhat of a holy mystery”, quoted Pausanias in the 2nd century AD. However, besides its prominent place in Greek mythology and tradition, there is a lot to be said about the health benefits of the pomegranate fruit.

Containing the triple amount of antioxidants compared to green tea and red wine and packed with vitamins A, C and E, which promote cell growth and help maintain bone and dental health, pomegranates have anti-aging and anti-inflammatory properties. They also help prevent against skeletal diseases like osteoarthritis and atherosclerosis.

Due to its high antioxidant content, pomegranate juice enhances brain function by reducing the risk of cell damage by free radicals. In an article published in the Neurobiology of Disease journal, it also promotes the learning ability, enhances memory and protects against Alzheimer’s Disease.

The seed’s ruby red hue is a result of its high content in polyphenols which, in conjunction with the flavonoids, help remove free radicals and reduce the risk of breast and prostate cancer. Punicic acid, one of the main fatty acids contained in pomegranates, helps lower the risk of cardiovascular diseases by controlling blood sugar and cholesterol levels.

The juice of a pomegranate covers 40% of vitamin C daily needs, which means that regular consumption helps boost the immune system, protects against common infections like a sore throat and offers antibacterial properties. Rich in dietary nitrates, pomegranate juice enhances blood flow, which leads in improved physical performance and fights against fatigue.

Packed with plenty of health benefits, pomegranates could make an ideal addition to anyone’s diet. In order to benefit from their properties, you can consume the seeds, known as arils, as a snack, make a juice or add the seeds in various meals.

Pomegranate arils go perfectly with a bowl of oatmeal, cereal or on top of yogurt. If you ground the seeds, you will get an instant jam sauce to go on top of rice cake. Another on-the-go breakfast alternative is to add pomegranate seeds into a banana-spinach smoothie; this will add a bit more sourness and texture.

The arils make a perfect addition to lettuce or spinach salads, in which you can add whatever is at hand; from almonds and walnuts to more fruit like apples and pears and top with a honey dressing.

You can also use pomegranate seeds to add color and flavor to brown rice or buckwheat dishes or even add the juice to salad dressings or honey-based sauces to garnish chicken or meat.

A medium fruit which gives about ¾ cup of seeds / ½ cup of juice, contains 70 calories and many vitamins and polyphenols, an ally to good health!

The recent scientific consideration on pomegranate fruit being listed as a superfood as well as the plentiful research results available, indicate that the health benefits of pomegranates have been in the center of examination for long.

The relation between pomegranate consumption and anticarcinogenic action has been analyzed and published in both the American Association for Cancer Research¹ and Harvard Medical School² journals. Regarding breast cancer, it was noted that “pomegranate ET–derived compounds have potential for the prevention of estrogen-responsive breast cancers”. As for prostate cancer, it was stated that “early studies raise hopes that pomegranates may have potential benefits for prostate cancer and heart disease.”

In the US National Library of Medicine there has also been thorough research on” the potent health effects of pomegranate” ³ in general and in correlation with “cardiovascular disease prevention”4. Both had a positive approach on the therapeutic effects of the fruit.