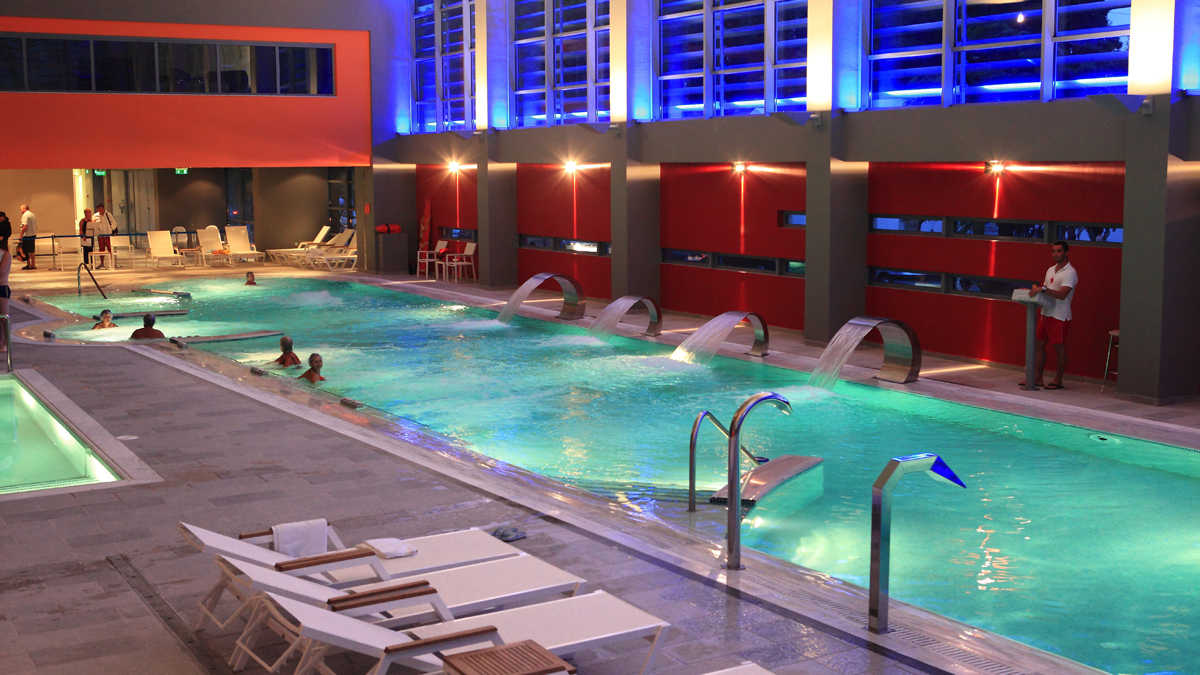 The Thermal Springs of Loutraki: The First “Loutropolis”

Loutraki’s thermal water has been established as a symbol of natural hygiene, well-being, and revitalization of body and spirit. For this reason, it has been called “The Water of Life”.

In ancient times, Loutraki was known as “Perea (beyond) Earth”. In its current location laid the ancient city of Thermes or Thermà. Thermà was known for its hot springs/baths from which the modern town eventually got its name. The waters spring from rock formations and during their journey to the surface they acquire trace elements and mineral components which result in their beneficial and healing properties.

Loutraki’s waters have been known, since ancient times, to prevent or treat a variety of pathological, musculoskeletal, and skin ailments. They also promote wellness, relaxation, rejuvenation, anti-aging and regeneration. It shouldn’t be considered a coincidence that a major temple of Apollo, the God of the Sun and peace of mind, can be found at the region. The importance of the area is evidenced by numerous fountains and reservoirs indicating the existence of a sophisticated aqueduct system.

Herodotus was the first to observe the therapeutic effect of hot springs on humans, while Hippocrates was the one who systematically dealt with the subject, categorized the sources, and recorded the diseases over which they had beneficial effects.

The hot springs of Loutraki have been associated since ancient times, with the treatment of many prominent personalities, like the Roman general Lucius Cornelius Sulla but the first reference to the springs was made by the Xenophon the Athenian. In his work “Hellenica” he mentions that during the Corinthian War, Spartan soldiers would camp in Thermà to rest and revitalize after battle.

The use of Loutraki’s hot springs continued throughout the Byzantine and post-Byzantine years, and the city, with reference to its facilities, was recognized as a metropolis by native and foreign travelers. It is now considered the first ever therapeutic center in Greece, the cradle of Greek thermalism, and the oldest spa town in the country.

The modern history of Loutraki and spa tourism begins in the 1840’s, when the Chief Pharmacist of King Otto, chemistry professor Xaver Landerer, published a dissertation on the hot springs of Greece. Based on Landerer’s observations, John Batiste Delviniotis, a professor of physics at the Medical School of the Ionian Academy, was asked in 1847 to carry out the first analysis of the mineral waters of Loutraki.

Following this research, the first wooden structures serving as bathing facilities were created in 1855. Those were replaced by more permanent structures in 1874. The classical building of the Loutraki Thermal Spa as we know it today, with its characteristic circular shape decorated with rich large mosaics created by the professor of Arts at Sivitanidios School Stefanos Xenopoulos and his students, was built in 1934 and renovated between 2009 and 2010 to combine state-of-the-art accommodations with hydrotherapy facilities.

Loutraki’s mineral waters contain compounds of sodium chloride, mild alkali, and traces of naturally radioactive substances. Their temperatures reach between 85° and 91° F. They are beneficial in treatments for arthritis, rheumatism, sciatica, back pain, cervical syndrome, degenerative disc disease, and to the restoration of sports injuries or mobility after orthopedic surgeries.

To learn more and place your visit to the Spa, visit:
www.LoutrakiSpa.gr