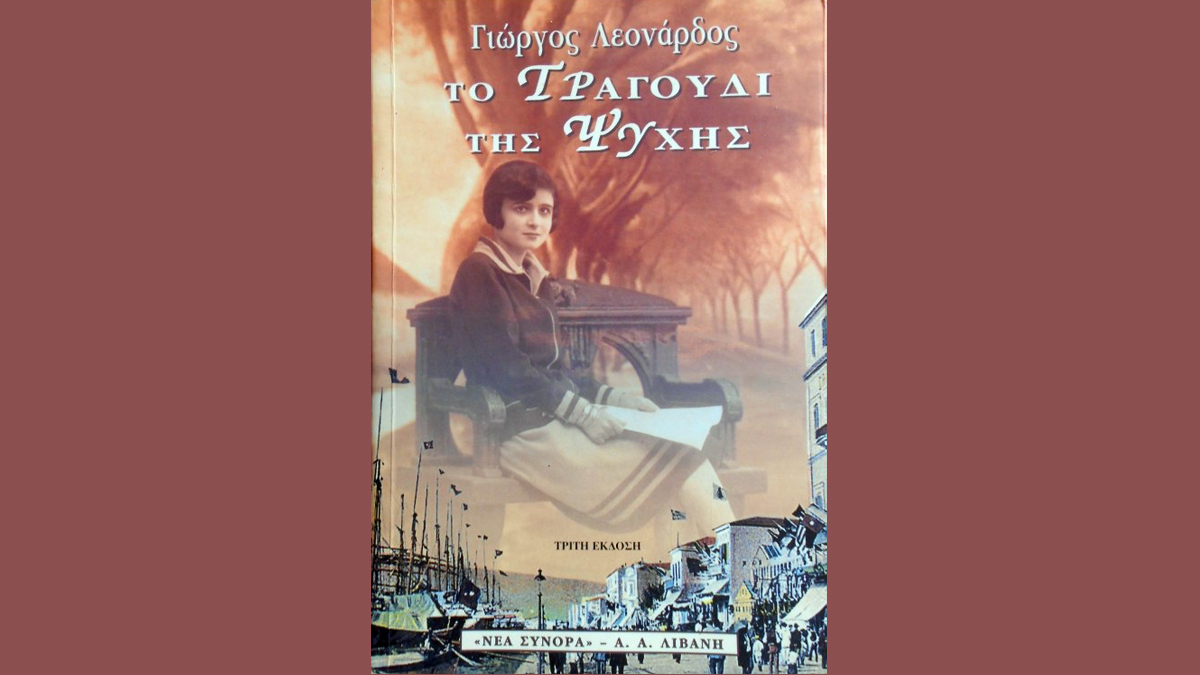 “The Soul’s Song” by George Leonardos

Being an avid literature reader and having read hundreds of novels, I don’t remember being more gripped by a book – so as to read 388 pages in one day – as I was when I read “The Soul’s Song” (first published in 1997 by Livanis Publications). From the moment I opened this novel by George Leonardos, I couldn’t stop reading it!

The book’s heroine, a 13 year-old girl named Marika, lives in Smyrna, shortly before what is known as the Great Catastrophe that caused the majority of Greeks in Asia Minor to flee the region. At this young age, being the eldest child in the family, Marika is called on to deal with her father’s death.

Lacking options, and doing what is necessary for the fate of her family’s survival, Marika takes her four siblings and moves to Alexandria. In the multi-national and cultural society of Alexandria, it doesn’t take long for Marika to not only adjust, but also thrive. Dynamic, independent and free, Marika manages to obtain a factory of her own, gain money and eventually enough power to impose her will.

Journalist and writer George Lenardos has specialized in the genre of the “historical novel” for years. Born in Alexandria himself – where he lived until the age of 17 – his masterful use of language engulfs the reader in the both the era and city’s atmosphere.

From a very young age George Leonardos was an avid reader of fiction and history. It is not surprising that his novels skillfully combine both.

Leonardos has been twice awarded the prize for best historical novel by the Greek Society of Christian Novels – but not for “The Soul’s Song” which is actually based on real facts.