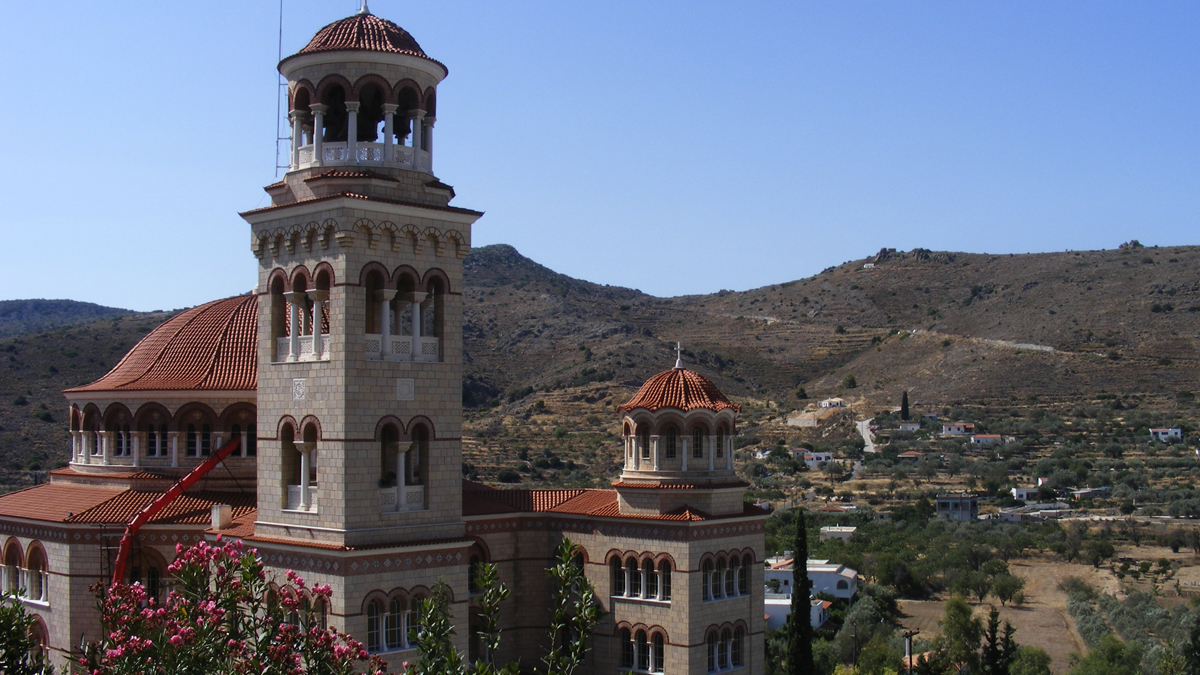 The “Parthenon” of Saint Nektarios

Saint Nektarios settled in Aegina in 1908, after several years of looking for a place to house a monastery – an “Ecclesiastical Parthenon”, as he called it – where he wished to spend his later years. He found the old abandoned monastery of the Zoodochos Pigi, near the village of Kondos in Aegina…

It was here where Saint Nektarios decided to accommodate four women who were under his spiritual guidance at the time, along with three more local nuns. Apart from renovating the existing establishment he also built the convent of the Holy Trinity. The monastery began to operate under his guidance, in 1904, while he was still the director of the Rizarios School in Athens. In 1908 he resigned from Rizarios and dedicated his life to the convent. His reputation was constantly growing and many donations were directed to the newly founded church. Within four years he had raised enough funds to accommodate more nuns as well as contribute to the welfare of the many islanders and families in need.

Despite his poor health, Saint Nektarios never stopped labouring hard to grow the monastery. He personally worked on building a new guest-dormitory compound, landscaping and planting the gardens, and opening roads to and from the settlement.

Today, the monastery is considered an exquisite example of traditional Greek Orthodox art and architecture. It stretches on the hillside of Palaiochora (where medieval Aegina used to lie), just 3.7 miles from Aegina’s port. Its latest addition, the massive Cathedral dedicated to Saint Nektarios, is said to be one of the biggest temples in the Balkans. It features two impressive bell towers with exceptional acoustics, four sets of windows crowned by arches, splendid marble floors, elaborate mosaics, striking wood-curved panels, and imposing iconographies.

The complex also includes a smaller chapel dedicated to the much revered Saint, and his former personal residence, which houses a major collection of his belongings, photographs, documents, and a remarkable library. The writings of Saint Nektarios are currently acknowledged for both their scientific validity and great spiritual value.

Serene gardens, courts, stairways accentuate the exterior of the monastery and verandas of white marble that sparkle under the warm Aegina sun. At the forecourt, sheltered under a quaint little chapel, lies Saint Nektarios’ grave, near the billowing tree where he often used to rest.

Today, the monastery is under the jurisdiction of the Holy Metropolis of Hydra, Spetses, Aegina, Hermionida & Troezen. Saint Nektarios is celebrated each year, on September 3 (Translation of the Relics) and November 9 (Assumption), when hundreds of faithful from around the world flock to the island to pay their respects to the blessed saint.