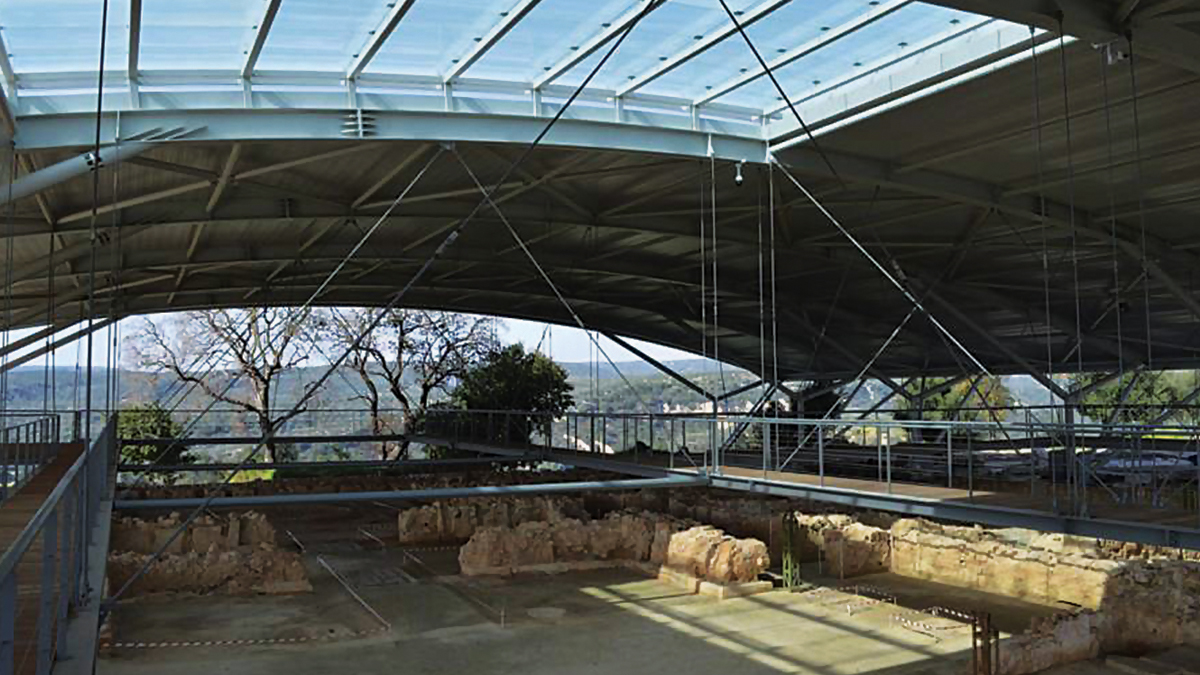 The Palace of Nestor

For many readers of the Homeric epic, the world of the Iliad and Odyssey reflects a semi-mythical heroic past. But what happens when archaeology confirms these myths as something more than fairy tale?

In such cases, humanity is rewarded with an astonishing discovery. The Palace of Nestor in Pylos is one of the great archaeological discoveries that brought the mythical world of Homer into historical reality.

Located in the western Peloponnese, Nestor’s Palace is the best-preserved building from the Mycenaean period in Greece (1600-1100 BCE). During its peak (14th century BCE), the settlement was surrounded by a thick fortified wall and included a two-story building with everything from storage rooms to baths, light wells and throne rooms, and a developed sewage system. But the violent incursions of northern Greek tribes into the Peloponnese, which began around 1200 BCE, contributed to the end of the Mycenaean world; the Pylos palace complex was burnt to the ground around this time.

During the excavations of the 20th century CE, archaeologists chanced upon a massive find of artifacts, graves, and buildings that validated Homer’s depiction of a Bronze Age kingdom based at Pylos. In the Iliad and Odyssey, Nestor is described as the oldest and wisest among the Greek leaders who participated in the Trojan War. The poet even describes his gold drinking cup, which was similar to discoveries unearthed during the excavations.

The most significant discovery, however, was a large number of inscribed clay tablets that carried the earliest attested form of Greek language (Linear B); these tablets provide archaeologists and historians with details about the life and administration of the Palace at Pylos.

Homer was right, Pylos existed. King Nestor probably existed too. The epic poems were shown to be true in at least some of their details; not least of all, they reflected upon ancient war, the remembrance of which was passed down through the oral tradition. The Palace at Pylos is tangible evidence.

Nowadays, the archaeological site is open to the public. Visitors can walk through the Palace’s rooms and courtyards and get a glimpse of the daily life of its people, the buildings and the daily activities of Pylos’ inhabitants. Reading Homer’s poems can help us to reconstruct the glorious past of a city ruled by an ancient king many centuries ago – a time not too distant from our own.