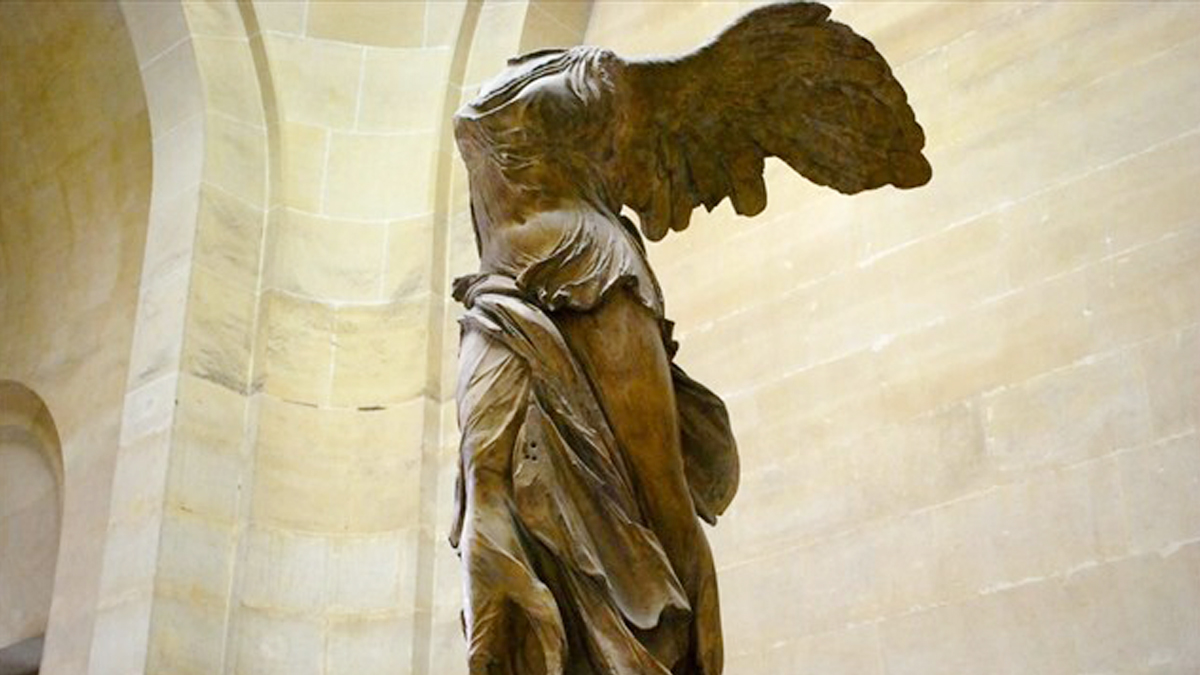 The Nike of Samothrace

The Nike of Samothrace is one of the most recognizable statues in the History of Art and has been displayed at the Louvre Museum since 1884.

The Nike (Winged Victory) of Samothrace is a marble complex of the ancient deity Victory standing on a ship prow (overall, the work measures 18 feet). The mutilated female deity with her open wings is eight (8) feet high and was constructed some time between 220-190 BCE.

Nike is one of the three almost identical marble complexes found on the island by the archaeologists. This statue is the most recognizable one in the History of Art and it has been displayed at the Louvre Museum since 1884.

The goddess Nike was the messenger of the gods in the aftermath of a battle. It has been suggested that the Nike of Samothrace held a trumpet or a wreath in her right hand. Nevertheless, the hand found in Samothrace in 1950 had an open palm and two outstretched fingers, suggesting that she was not holding anything and was simply holding her hand up in a gesture of greeting addressed to the victorious city.

Nike is a masterpiece of the plastic Arts, the apogee of the ancient Greek sculptural technique. It is the tangible proof that the human talent can make the world brighter with a work of pure beauty.