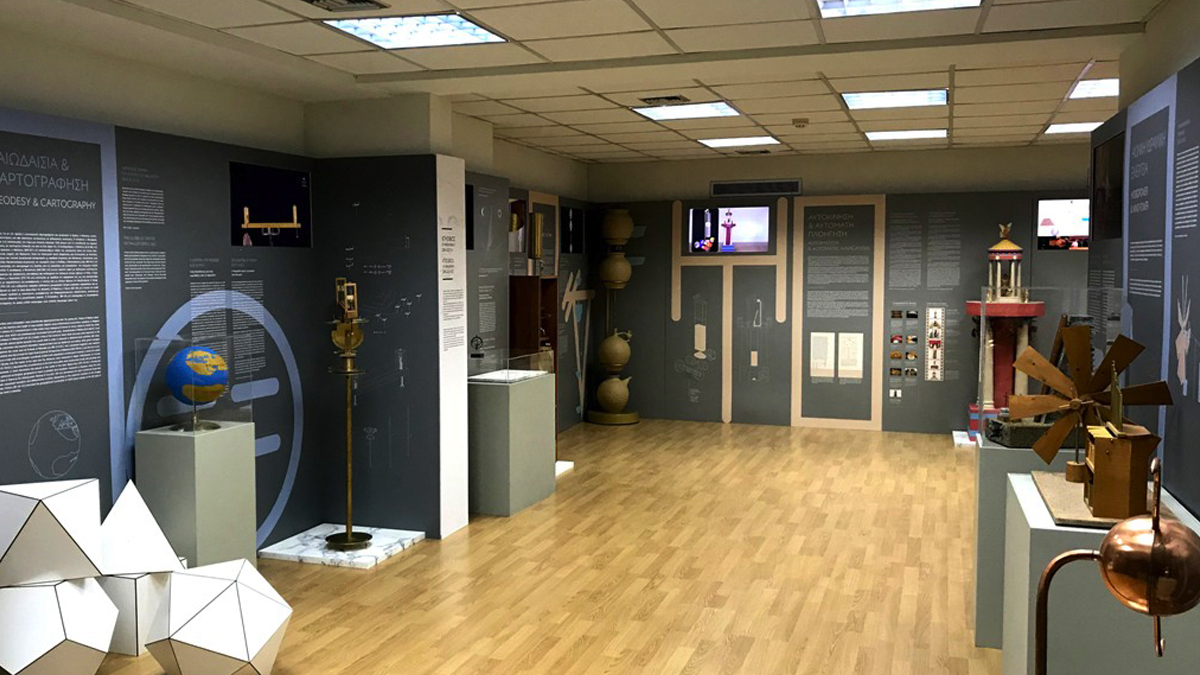 These and many other sciences and techniques were devised in Ancient Greece. This is indeed evidence that the course of Western technological culture is not a rising curve of development, as commonly believed, but a rapid growth and peak reached in the 3rd century BCE, followed by a retreat and loss of this technology throughout the course of the following centuries with a gradual re-establishment.

Kostas Kotsanas’, the Museum’s founder’s vision is to demonstrate with absolute validity and credibility that the technology of the ancient Greeks, just before the end of the Ancient Greek world, was very similar to the beginnings of our modern technology.

Apart from the well known Antikythera Mechanism, the world’s first computer, few know the the automated inventions of the Ancient Greeks, including:

The Kotsanas Museum of Ancient Greek Technology is the only museum in the world that promotes through its permanent exhibition spaces and its traveling exhibitions the technological wonders of Greek antiquity.

Among other things, the Museum offers experiential guided tours by specialized scientific staff, organizes educational programs and workshops. Since the museum’s opening, in January 2018, more than 3,000 students have visited the space.

The Kotsanas Museum of Ancient Greek Technology is also the only pet-friendly museum in Athens offering its visitors the opportunity to be accompanied by their beloved pet!

The Museum is housed in a unique historic Art Nouveau building at 6 Pindarou and Acadimias Street in Kolonaki. At the beginning of the century, this building belonged to the family of Aspasia Manou, wife of the King Alexander I, and later on was the head office of the Athenian News Agency). Guests have the unique opportunity to get to know a relatively unknown aspect of the ancient Greek culture through the two permanent exhibitions covering a total area of ​​700 square meters.

The exhibition “Ancient Greece – The origins of the technologies” includes approximately 100 selected exhibits, such as the Antikythera Calculating Mechanism, robot-servant and the “cinema” of Philon, the programmable automotive «puppet show» – theater of Heron, the planetarium of Archimedes, the Tetrantas of Hipparchos, the astrolabe of Ptolemaios, and 100 more inventions which inspired Da Vinci, Galileo and Newton.

The Athens Museum hosts also the exhibition of “Ancient Greek Musical Instruments and Toys” with 42 fully functional, reassembled musical instruments, such as the excellent hydraulis of Ktesibios (the first keyboard instrument in the world, where the visitor can hear from it the song of Seikilos, the oldest fully preserved musical composition of antiquity), the helicon and the sixthchord (syntonon) of Pythagoras, the lyre of Hermes, the guitar of Apollo, the Homeric phorminx, the harp of Sappho, the Ptolemaic helicon, the Pan flute, the and numerous ancient Greek toys.

The Museum will shortly introduce the exhibition “EUREKA – think like Archimedes” with interactive exhibits, dedicated to the greatest mathematician, physicist, engineer, astronomer and inventor ever.

Dozens of schools from Athens and all over Greece are conducting educational visits. More than 3,000 students have been guided to the exhibits. Specially designed activities, emphasizing on interaction and play, helped them find out and understand how the inventions of Archimedes, Hipparchus, Philon and Ktesivios worked.

The internationally renowned scientist Nikos Lygeros held a lecture in June 2018 on Archimedes, the greatest mathematician of antiquity. Mr. Lygeros is a mathematician, writer, poet, painter and director. His areas of interest include music, sociology, economics, archaeology, management, strategy and geopolitics.

In collaboration with STEM EDUCATION, the Museum organized 4 summer programs, which introduced elementary school children to the ancient Greek technology, the ancient Greek music, Engineering and the concept of Robotics.

Kostas Kotsanas was born in 1963 in Aigeira – Seliana, Achaia. He studied in the Department of Mechanical Engineering at the Polytechnic University of Patras (Greece). He has dedicated his life to the study of ancient Greek culture, particularly in the field of ancient Greek technology.

Approximately 500 functional models of ancient Greek inventions are displayed in the museums with the mission to reveal an unknown aspect of Ancient Greek civilization and prove that the technology of the Ancient Greeks was extremely similar to the beginning of our modern technology.

Kotsanas has been awarded for his work in Greece and abroad and has written six books regarding Greek technology.

31 Oct 2018, by Nektaria Karakosta in Museumsx
TAGS: Ancient Greece, Antikythera Mechanism, Application of belt conveyance, Automation and automation programming, Automotive and automatic navigation, elecommunications and encryption, Gear pair and chain drive, Geodesy and mapping, Kostas Kotsanas, Robotics and computers, Steam-driven and gas propulsion, The astrolabe of Ptolemy, The servant of Philon, The theater of the Heron, Utilization of hydraulic and wind energy