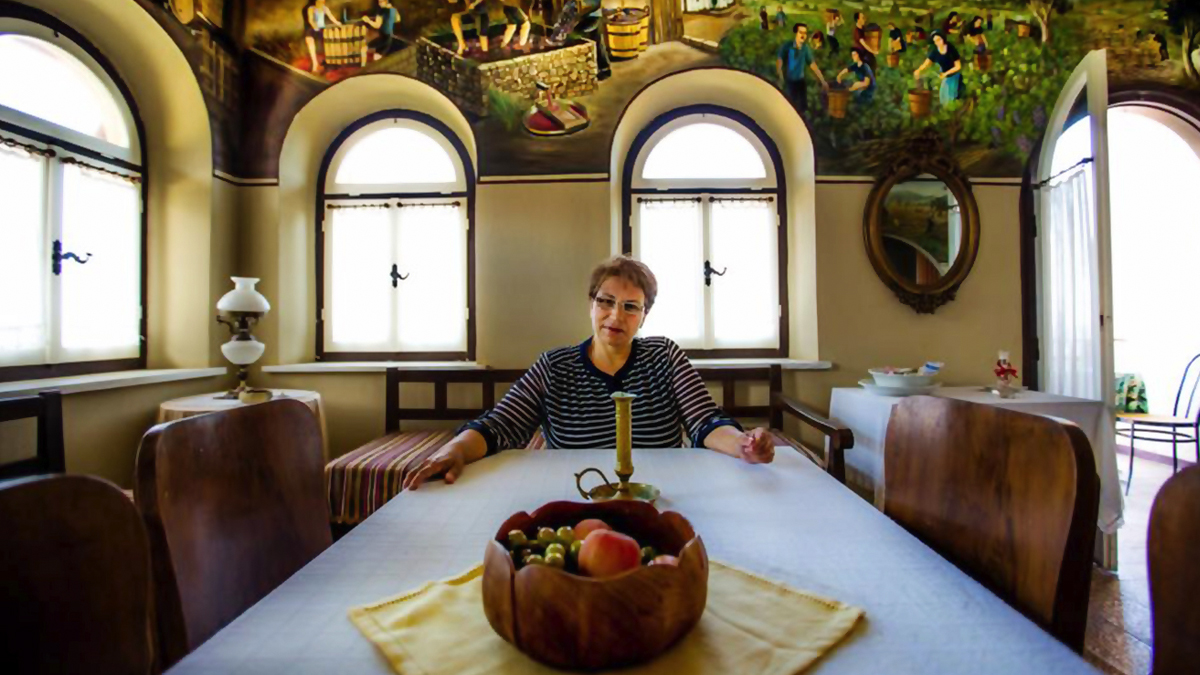 The Meraki People Project A Legacy of Prosperity…

MERAKI is the love, skill, perseverance and creativity put in all inspired activities from the smallest task to the biggest accomplishment. The Mission of the Meraki People Project is preserve and share the nature and cultural heritage given to mountain Parnonas and its people with the rest of the world by rebuilding Greece to its greatness locally…

Christina Gardikioti, founder of the Merkai People Project was born in Greece – a 60’s child still a child at heart. She left Greece for university studies – going to Canada. It was there that she studied Drama at the Fine Arts College, + Education + Commerce and Management. She worked as a French immersion teacher and as a consultant at the Saskatoon Public Board of Education for eight years and a Financial Planning Consultant for Investors Group for another eight with a Greek break in between…

What brought you back to Greece?

I was offered a position with Merrill Lynch in Athens and I returned in 1998 after 22 years in Canada where I had raised my family, my one daughter Kynthia Sophia. Unfortunately the office closed and I ventured to the northern part of Greece Chalkidiki and Thessaloniki where I got a job at P&K Securities Firm. The Greek stock market crisis led me out of the industry during the 2002 catastrophe.

I decided to teach Business English to Bankers and Students wanting to go to other countries and at the same time update, sharpen and certify my dexterities in Business and/or Start up creation. I successfully completed my Executive Masters of Business Administration via the Business Association of Northern Greece. My thesis was on starting up an agricultural sprouts and fodder production with the help of Hamu B.V in Holland. I then moved to Volos the Technology Park of Thessaly where I stayed four years.

How did the idea of Meraki People come about?

In 2010 my father became very ill and in order to attend to his increased needs for his daily increased care I returned to Paralio Astros. My father was implemental in bringing investment to the region in the form of the Aegean S.A. Textiles Factory (presently a ghost building).

He always referred to the “Factory – a source of prosperity”, it’s where I got the idea to build a factory but in the conventional manner as my dad did it ! A natural factory where people (young locals and women seeking a way to support their families) would work IN and FOR Nature.

First, having lost connection with nature led to many of us not being in a state of wellness, but rather full of sickness. I suffered from mortal obesity having reached 152 kilos age 28 compared to 74 that I weigh now. Second brain drain and third universal waste management problem globally made me search in the internet. I discovered the Blue Economy rational and Dr Pauli Gunter himself.
https://www.theblueeconomy.org/
http://www.earthamag.org/stories/2017/2/8/we-see-opportunities-no-one-else-sees-in-conversation-with-gunter-pauli-on-the-blue-economy

Was it a challenge to start the project, to find support?

It was monumental, IT IS challenging and WILL BE a Herculean task to make it happen effectively as we are talking rural Greece but worth every minute of it. Think of what we have to gain if we are successful

What do you see as your greatest success, so far?

My international network and the people that make it.

What are some of the current projects you are focusing on or featuring?

4. Translating and Publishing the Blue Economy Book in Greek  Seeking National and International Presentations for our work  https://www.theblueeconomy.org/the-book.html

What can we expect to see from you in the future?

We have two major events coming. All our efforts are to create the Sheppard’s Den (stani) of the 21sst Century, as being a Sheppard has been a pivotal part of Arcadian Culture and Rural everyday life. Sheppards have been with us culturally more than 3000 years and this way of life IS DYING and Sheppards are threatened by extinction.