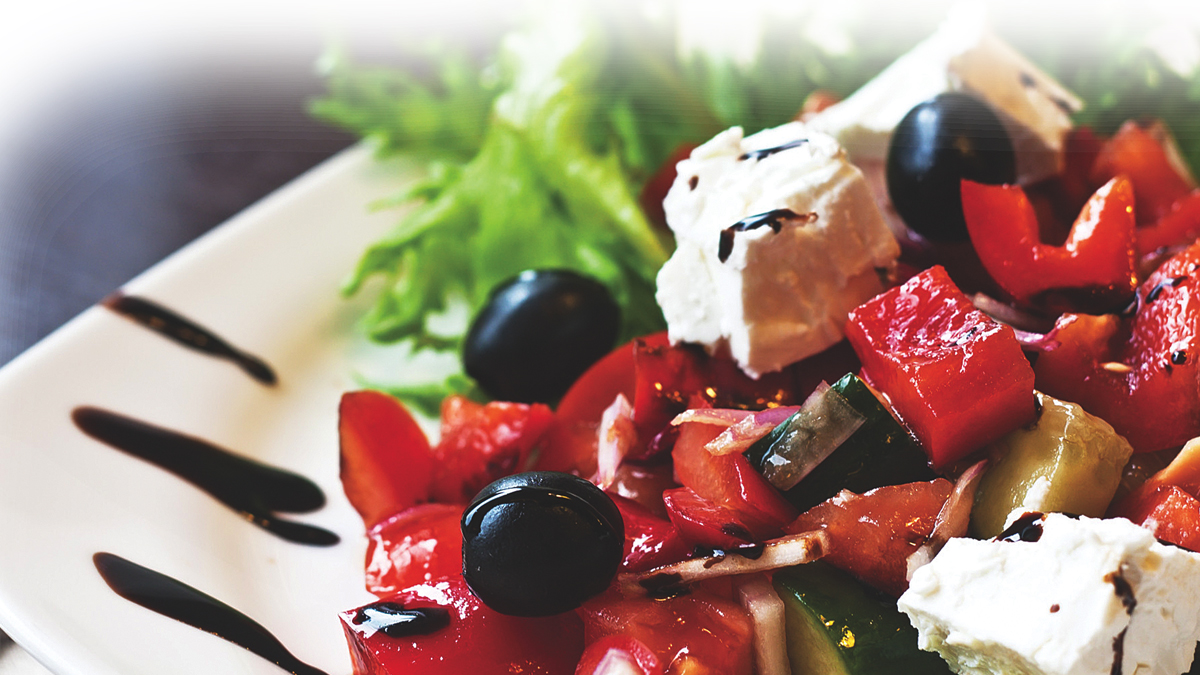 The Mediterranean Diet and Economic Crisis

In 2013, the European Heart Association Conference, concerning the prevention of cardiovascular diseases, was held in Rome (EuroPrevent 2013).

The most important new study discussed was the PREDIMED (Primary Prevention Of Cardiovascular Disease With A Mediterranean Diet); to date, this is the best designed dietary study that acknowledges not only the known value of the Mediterranean diet and its significance in the prevention of cardiovascular disease, but also its superiority to the low-fat diet which is highly recommended among the Cardiology societies of the Western world. A closer study of data comes to disprove the myth that the Mediterranean diet is more expensive than any other.

The Mediterranean Diet became famous after the “Study of the Seven Countries” (1958-1964). It was concluded that the Mediterranean regions had a lower death rate by cardiovascular diseases or cancers than other regions of Northern Europe or the USA. This was attributed mainly to the radically different eating habits of the populations compared. The Greek island of Crete was the winner of all, with the highest survival rates and healthiest people, in regards to cardiovascular and malignant diseases. A great number of studies, among which is included the noteworthy Lyon Diet Heart Study, also verified and acknowledged the true value of the Mediterranean diet, especially to patients recovering from acute myocardial infarction.

The Mediterranean diet is not a low fat diet. Its main characteristic is the significant consumption of olive oil. The PERIMED diet was also based on the difference made by the consumption of olive oil and nuts. During the period of the study held among the seven countries, the Cretans consumed a lot of olives and nuts. They would also consume significant amounts of dairy products such as milk, yogurt and cheese, which of course were not “light”. However, they consumed less meat throughout the year, eating it mainly at celebrations.  Contrary to the guidelines of the European and American Heart Associations that suggest avoiding eggs but having chicken, the Cretans ate more eggs on a daily basis and less chicken, as they bred the fowl primarily for egg production. The Cretans also included wild vegetables, beans, and season fruits in their daily diet as well as herbs which are found in local abundance. Wine also accompanied meals, along with whole grain bread. For dessert, they would have honey, raisins and dried figs. Food was generously salted, a necessity especially during the summer months, to stay hydrated as many Cretans dealt with heavy labor on a daily basis.

What is also impressive to note here is the low consumption of fish. Even the residents of the island of Ikaria (which was recently characterized as the place with the oldest living population) do not consume a lot of fish. However, they do consume quite a bit of olive oil like the Cretans. Additionally, a more recent study of the Cardiology Clinic of Ippokrateio Hospital in Athens indicated the role that consumption of olive oil has in the intensity of the love life of Ikarians.

In the USA, the real Mediterranean diet is highly acknowledged by many doctors and nutritionists and as such, the results of the PREDIMED were well received.

PREDIMED research is by far the best designed dietary research. It was funded by the Health Ministry of Spain and supported by many other sponsors.  It included a sample of 7,447 men and women who were between 50-80 years old and had no cardiovascular disease diagnosed but did have high risk factors. The study ended after the fifth year of observation, when it was concluded that the participants who followed the Mediterranean diet pattern (olive oil and nuts) would have a lower risk of developing a cardiovascular episodes , by 30%, compared to individuals who followed a low fat diet. It is impressive how well received the outcome of the PERIMED study was in the United States, not only by the medical community, but by the media and on the web as well.  It was as if American society was desperately waiting to break the chains of the “low fat” diet. Some of the headlines that made the internet included:

“We’ve been wrong all along. The point is not to avoid fat, but to intake the right ones”

Fast food is expensive, fattening and unhealthy. For those of us who do not have the time to prepare a home cooked meal, there is still a healthy and fast solution: a serving of full fat Greek yogurt with nuts; a Greek salad with feta cheese; a traditional sandwich on the go; a couple of eggs fried in olive oil; or even the “old fashioned” slice of bread with olive oil spread on top sprinkled with a few olives and a piece of full fat feta hardly take any time to prepare.

It is a mistake to say that the poor eat unhealthy due to economic reasons. The poor Greeks of the 1960’s came first in cardiovascular health, while during the times of prosperity and abundance the same Greeks came in 18th place.  It all comes down to education, information and a good disposition.

Extra virgin olive oil, olives, cheese, yogurt with honey, and other Greek products are greatly enjoyed all over the world.  Oil does not make us rich and we should not be counting our well-being on it; it has brought war and misery. Olive oil, on the other hand, right from the tree of peace and wisdom, has only good to offer us. Food is the ultimate pleasure that brings everybody together.