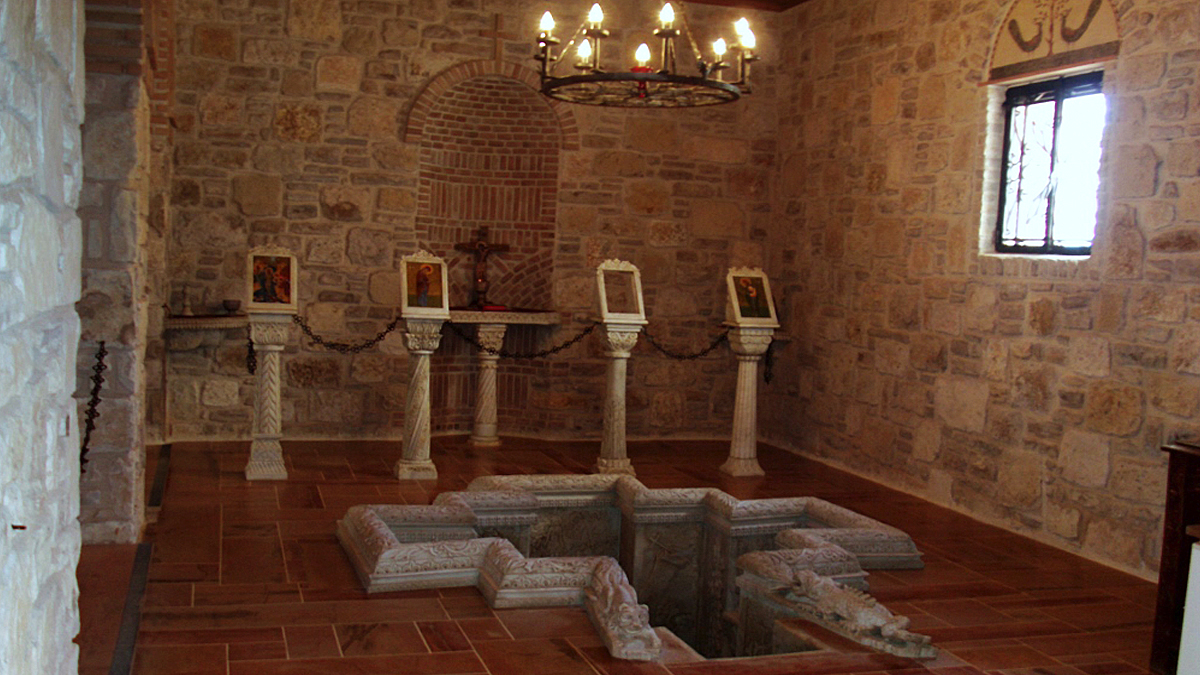 The Holy Places of Mount Parnitha…

At the foothills of Parnitha, where the mountain’s heavy snow falls and thick mists wouldn’t cut them off completely from the rest of the world, lie several monasteries and little chapels. You will find most of them in breathtaking locations, surrounded by springs, wells, and lush foliage, catering to many fatigued hikers’ needs.

Kleiston Monastery (of The Holy Dormition of the Virgin)

Kleiston Monastery is found on the southwestern side of Mt. Parnitha, at the entrance of Keladona’s Gorge, near the ancient fortress of Fyli. Even though its actual founding date remains unknown, it can be inferred from the temple’s architecture that it was built in the 16th or 17th century. It was initially a (monk) monastery but has been functioning as a convent/nunnery since 1933.

The monastery of Saints Kyprianos and Ioustini is also on the southwestern foot of Parnitha, in the village of Fyli, 12 miles from Athens. Founded in 1961, the monastery complex is divided in two main sections. In the first section, lies the original church that holds one the most treasured icons of the Saints, the monks’ dormitories, a bank, a library, and a secretarial office, a clinic, an accounting department, warehouses, and several workshops for carpentry, iconography, incense-making, etc. In the second section, open to all visitors, we find the new Church of the Saints Kyprianos and Ioustini, including seven additional chapels, a big reception area, and a permanent exhibition room featuring traditional needlepoint works. It is an Old Calendarist church.

The Holy Ascension Monastery, in Skourta-Dervenohoria

About 8 miles to the north of Skourta village, in between Attica and Boeotia, The Holy Monastery of the Ascention of the Lord, was founded on October 31st, 1993 by Ieronymos II, Bishop of Thebes and Livadeia (currently Archbishop of Athens). Apart from the church and the monks’ dormitories, the complex also includes a hostel for patients and several chapels.

The Nativity of the Virgin Mary Convent

Dardiza is another area at the foothills of Parnitha, 3 miles to the northwest of the municipality of Acharnes. There, in a plateau with a slight elevation of 1640 feet, we find The Nativity of the Blessed Virgin Mary convent, founded in 1961. It has four chapels one of which, St. Antonios, is charmingly built into a cave opening. It is an Old Calendarist church.

A little further down the plateau of Dardiza, towards the center of Acharnes, up a hill bearing the same name, we find the church of Prophet Elias. It is estimated to have been built during the Ottoman Occupation and it is a small one-aisled basilica, with a barrel-vaulted roof. (There are more little chapels dedicated to Prophet Elias, scattered all around Parnitha. The most well-known is the one located near the entrance to the cable cars that carry visitors through the casino of Mt. Parnitha to the National Park, and another one near Skourta.)

The Convent of the Holy Dormition of the Virgin in Thrakomakedones

To the east of Thrakomakedones, at the border of the city, we find the Old Calendarist convent of the Holy Dormition of the Virgin. It is situated at 1312 feet, and was founded in 1938.

The monastery of St. Paraskevi is situated north of Acharnes, at 623 feet, in an area called Gatzaná. It was founded in 1930, and it actually is a succursal church of the monastery of Saints Kyprianos and Ioustini.

The chapels of St. Peter in Móla, St. Nicholas, and Prophet Elias

The quaint little chapel of St. Peter, at the northeastern part of Parnitha, has an immense architectural value even though very little is known of its history. The picturesque location of Móla features a lush landscape with a nearby spring. The chapels of St. Nicholas and Prophet Elias in the area called Metochi (at the foot of the Parnitha Casino, the major entrance to the National Park), actually belong to the Monastery of the Holy Taxiarchs, commonly known as Petraki Monastery in Ambelokipoi, Athens. St. Nicholas was a 15th century temple of post-Byzantine architecture that, unfortunately, got completely destroyed in the 1999 earthquake.