The Golden Fruit: The Harvest

Welcome to the second installment of Politismos’s The Golden Fruit article series! Last time, we introduced the mythical origins of Greece’s famous olive tree. This week, we’ll look at how the Ancient Greeks harvested its amazing bounty. 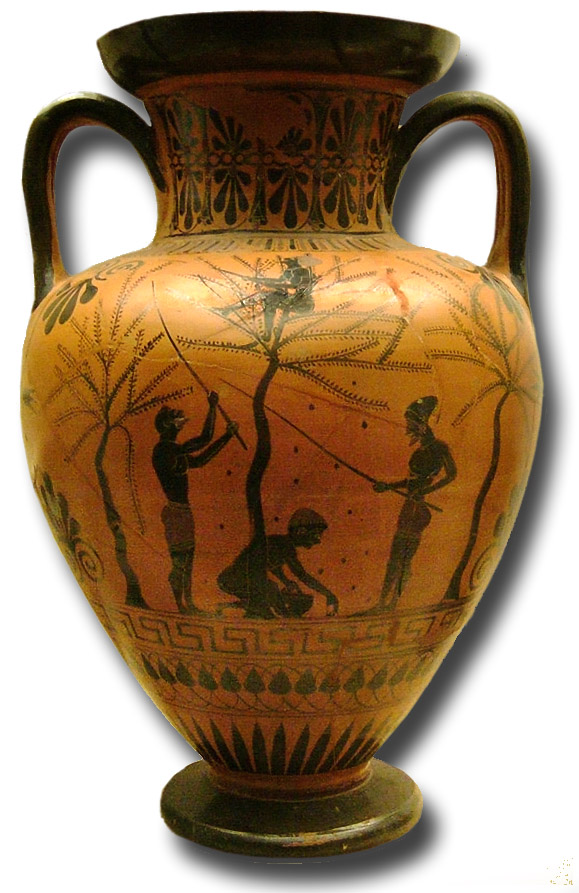 An ancient example of branch-beating

In 2000 BCE, the Minoan civilization on the island of Crete was harvesting the olive tree for food, timber, firewood, and of course, olive oil. Today, the process of producing olive oil has remained largely the same since then:

Olive trees, much like the people of Greece, flourish in the golden sun, yet they endure even under the most challenging conditions. In the proper climate, conditions and care, olive trees may grow and bear fruit for hundreds of years!

Harvesting occurs when the fruit ripens—depending on the variety, this may be between October and February. Methods used today have remained much the same since antiquity:

· Hand picking: reserved for table olives and done to preserve the delicate fruit

· Beating the branches: sticks are used to beat or scrape the branches, causing the fruit to fall. While successful, it may also damage the tree. Today, vibration or beating machines are used. While they increase production and reduce the need for laborers, they can still damage trees.

· Netting: Nets are laid beneath the trees, allowing the fruit to fall naturally and then gathered regularly.

Excavation and research tell us that in the earliest days, Greeks likely crushed olives with hand-driven stone pounders and basins. Pulp was then pressed on an elevated stone base, with the first oil being collected and stored in large clay containers (pitharia). The containers used were usually coated with beeswax on the inside. Water processes were then used to extract and skim the remaining oil.

The sediment that remained was (and still is) used to make soap. Equal parts of oil, water and caustic potash, and some salt, are combined and stirred over a hot fire until the mixture reaches a boil. It is set aside to cool slightly and then poured into molds or cut into bars. 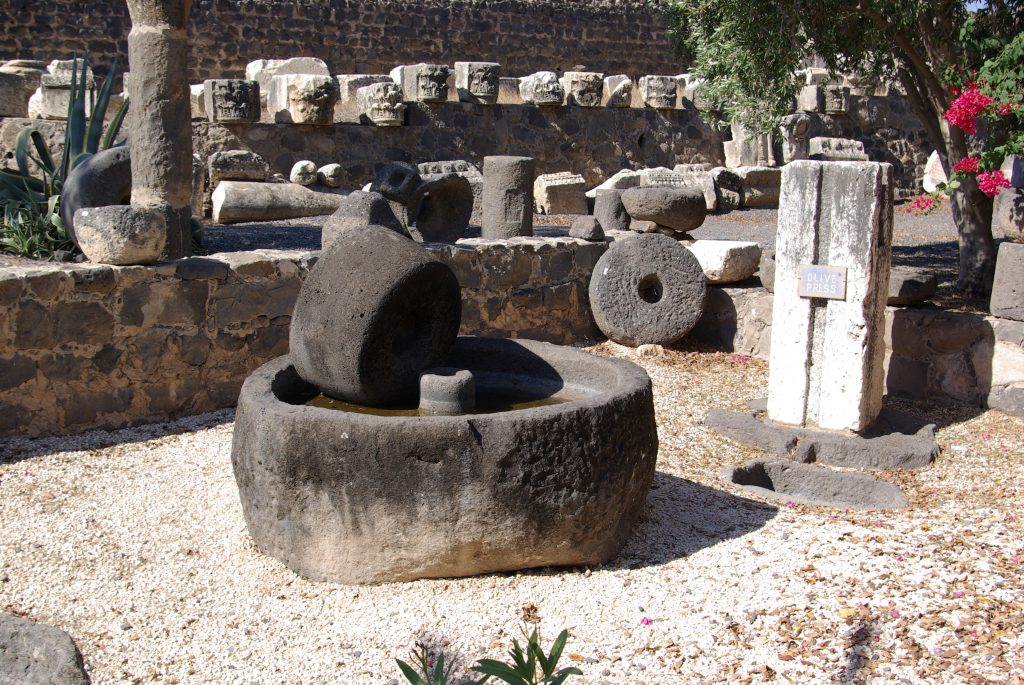 In the Classical period (5th to 4th c. BCE), olives were crushed using a roller. The Athenian democratic state was one of the most important olive oil production centers in the Mediterranean!

After the War of Independence (mid-19th century), industrial processes began to arrive in Greece and mechanical equipment was introduced into the production of olive oil. But even with the technological advancements the next century would provide, the techniques used almost 4000 years ago in the Late Bronze Age can still be seen in the domestic production of olive oil in Greece today!