Olives. Where do we start? They’re delicious. They’re good for you. They’re loved all around the world! But to the Ancient Greeks, olives were so much more than a favorite snack—they were practically a way of life. Join Politismos as we explore the culinary, religious, and medicinal significance of olives to the Ancient Greeks.

Today, we’ll start at the very beginning: at the story of how olives came to be.

Once upon a time… 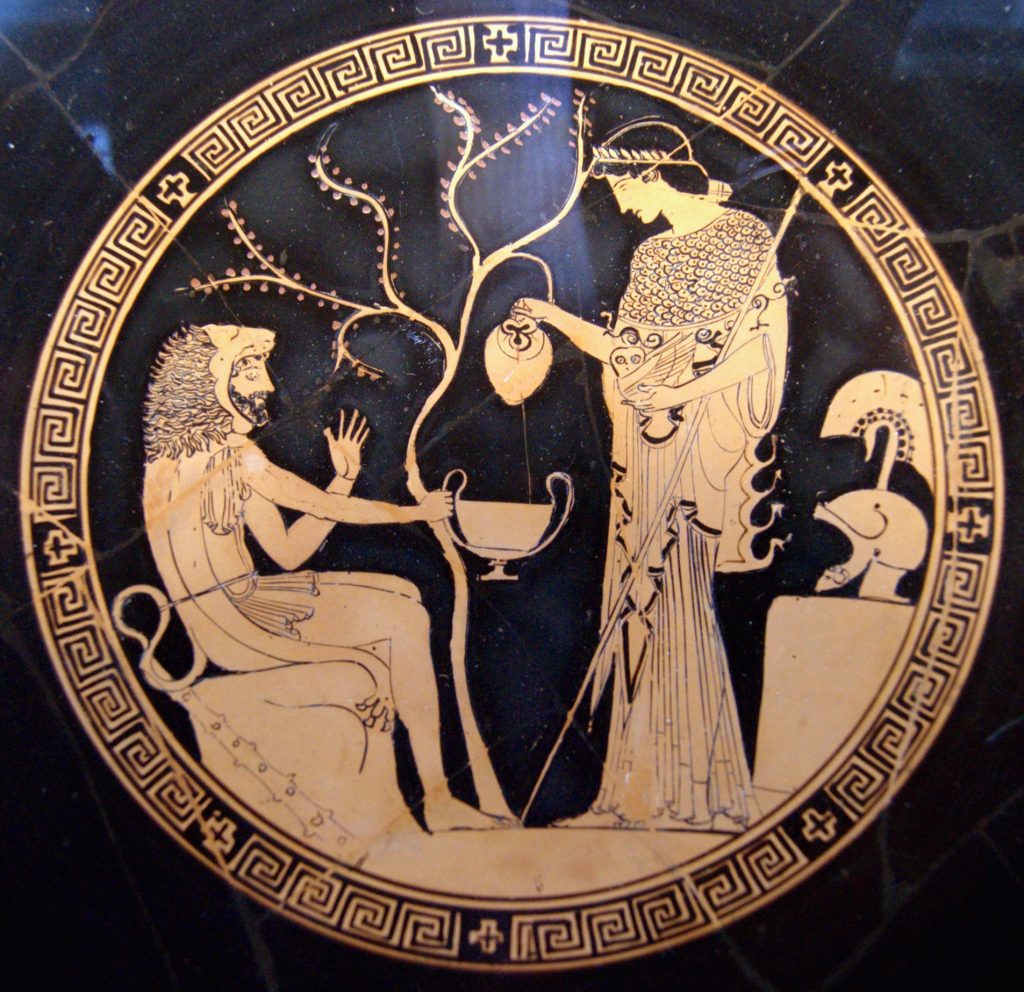 One day, the mighty gods of Olympus looked down and saw an exquisite spot of land in the heart of Greece. At the time, this city was called Cecrops, after its king and founder.

Zeus offered an enticing opportunity to King Cecrops – a contest amongst the gods. Whichever god presented the most valuable gift to the King and his people would be deemed its patron and the city would be renamed.

Poseidon, god of the sea, and Athena, goddess of wisdom, were determined to claim the city. Poseidon came forward to present his gift – he struck the ground with his spear and water rushed forward. He declared that his gift would ensure that the people never suffered from drought. But the water was as salty as the sea and the people of Cecrops were not impressed…

It was now time for the goddess Athena to present her gift. She gracefully knelt, placed a seed in the ground, and suddenly there grew a lovely olive tree. The tree, she told the King and his people, would provide shelter, nourishment and fuel-wood. This was truly a most precious gift –as if gold had shot from the ground. 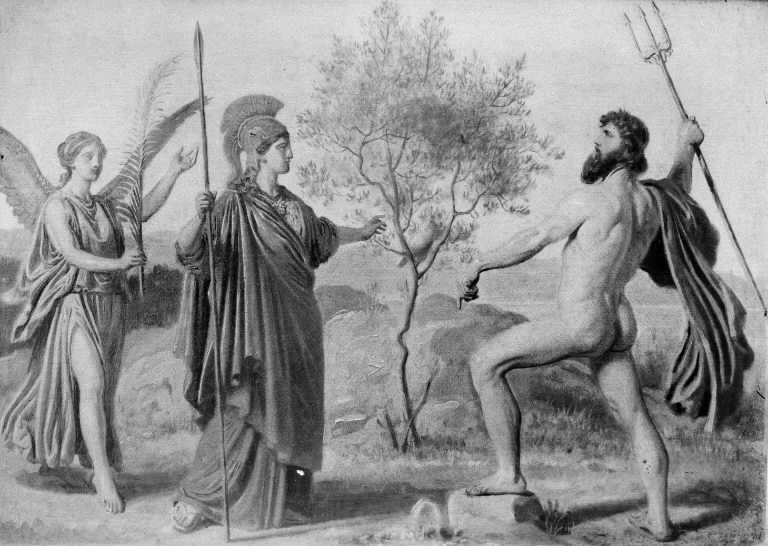 “Athene followed by Nike Disputing with Poseidon for Possession of Attica,” by Constantin Hansen

The decision was indisputable, and the city proudly took on the name of its new patron goddess – Αθήνα – Athena.

For thousands of years now, the olive tree has been inextricably intertwined into the history, culture and traditions of Greece and her people. And as the centuries have passed by, the roots of the mighty olive tree have spread around the world to share Athena’s gifts globally…