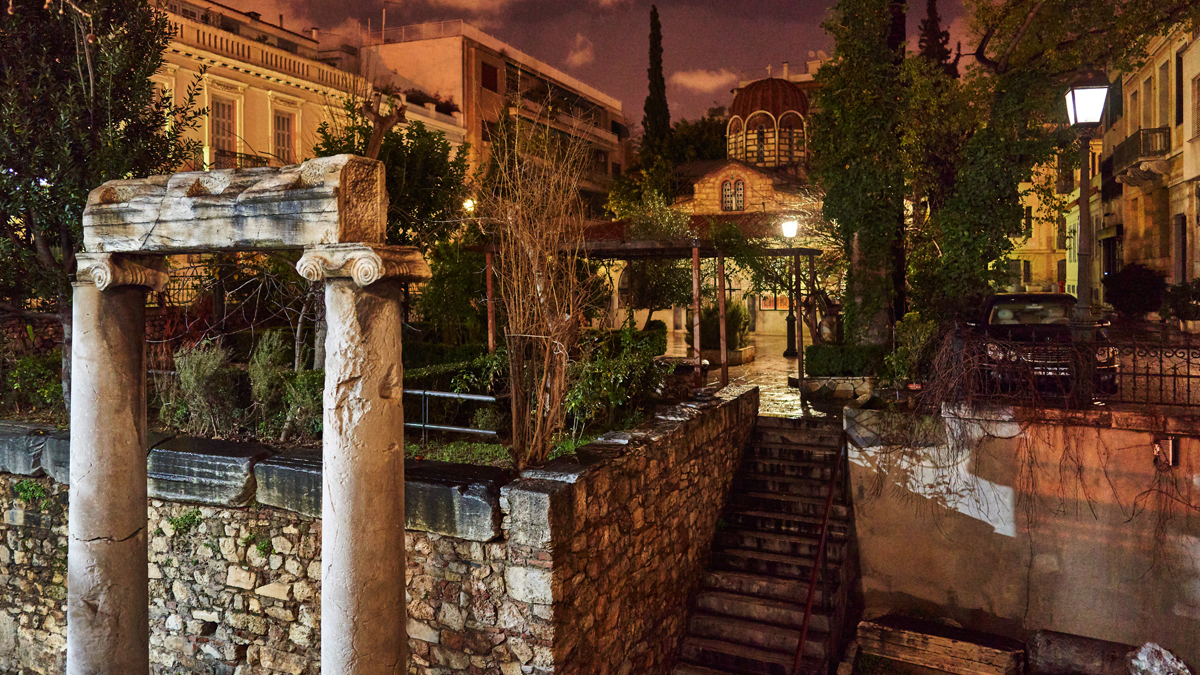 The Golden Age of Byzantine Athens

The first centuries of the Byzantine Empire found Athens totally neglected and almost forgotten. Apart from sporadic construction of fortifications due to the threat of imminent enemy assaults, Athens was a humble provincial city in the Empire.

During this early period of Byzantium, most of the Classical Era monuments in the city of Athens had been transformed into Christian churches while others were destroyed by Christian zealotry or catastrophic raids by barbarians.

After 500 years of oblivion, Byzantine Athens began to show signs of recovery. At the beginning of the 11th century CE, Athens had become a center of activity within the Byzantine Empire, having an anodic economy and increasing population. A reliable source of proof of the city’s prosperity is the Golden Bull (an official Byzantine document) of Alexios I Komnenos in 1082, which gave trading privileges to the Venetians and mentions Athens as one of the developed commerce zones of the Empire.

In addition, Athens was never fully subsumed by the Empire. The urban web of Byzantine Athens was based on the ancient one; the roads and the axes of main streets followed those of ancient Athens. The most impressive fact is the continual use of this urban area. This is an example of historic sequencing and continuation of the Athenian landscape that still exists today.

Athens followed the flourishing route of the Empire (9th -12th centuries). New churches were erected in innovative architectural styles. This building activity would reach its peak during the 11th and 12th centuries all around Attica. According to foreign travelers of that time, the number of churches in the city was approximately 300. The prevalent architectural type was the cruciform (cross-in-square) church. In addition, a new architectural element, the Athenian Dome, was created and could be seen crowning small churches in Athens.

The churches built during that period are now referred to as the temples of the historic center of the city. Among the most well-known Byzantine monuments in Athens are a dozen churches that date back to 11th and 12th centuries. Some examples include:

They still stand and can be visited today. In addition to the exceptional architectural and historical value, these churches have rich decoration comprised of wall paintings, mosaics, sculptures and engravings. They are unique masterpieces whose aesthetics and beauty render them priceless works of art not only valuable to the history of medieval Athens but also to the world.