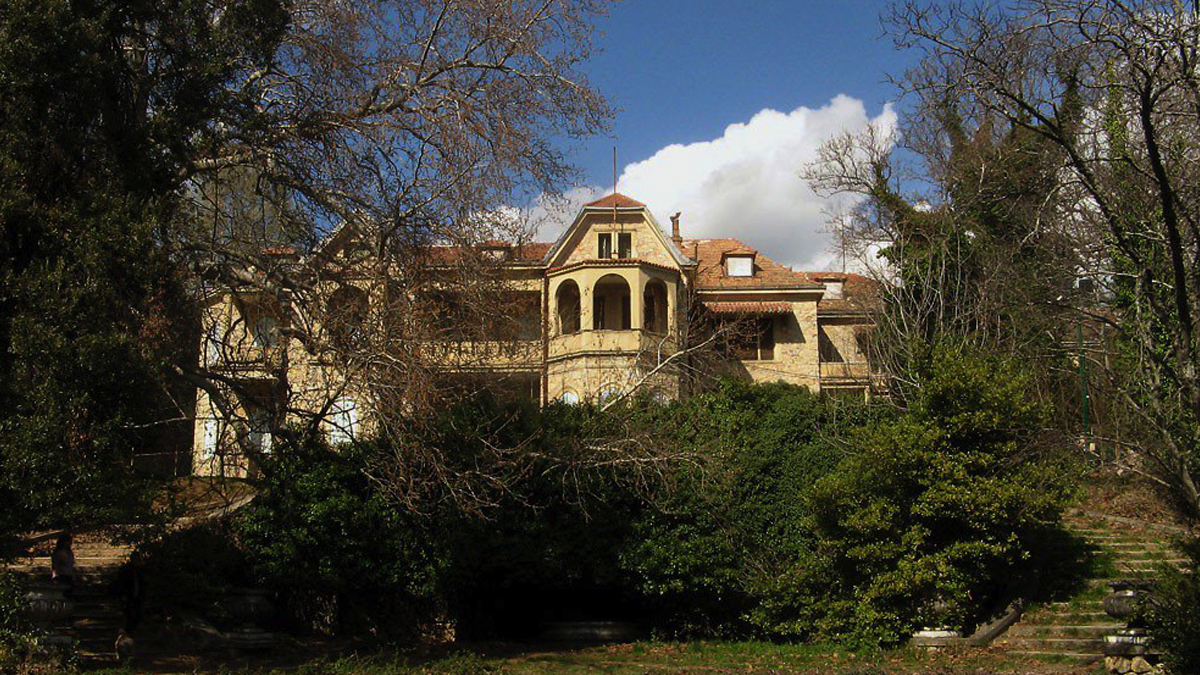 Set on the southeastern slopes of Mount Parnitha in Attica (16 miles from the city center of Athens), the Tatoi palace is a huge complex of architectural masterpieces which include a great number of outbuildings: storehouses, outposts, stock farms, personnel quarters, gardens and mews, all surrounded by a dense forest of incredible natural beauty and environmental significance. But today, the entire area is abandoned and neglected without any protection from the Greek State.

The Tatoi grounds roughly cover the ancient city of Dekeleia which was connected to historic events of ancient, byzantine and modern Greece. In 1870 when Ernst Ziller, (the mastermind of neo-classical Athens), heard that King George I of the Hellenes was searching for an area to set up his summer residence, Ziller showed him around Tatoi. In 1871 the initial purchase of Tatoi was made by the royal family and by 1898, the property had been expanded to 10,000 acre estate.

Since the 19th century when the Tatoi estate had been in royal hands, there has been a long dispute over the ownership rights. The connection of the area with political and historical events and personalities has been somewhat problematic until quite recently.

There are milestones throughout the long history of the royal property. In 1916, during an antiroyalist uprising, a vast part of the Tatoi estate was burnt to ashes; the word “royal” had negative connotation upon Greek citizens at the beginning of the 20th century. Shortly after the national tragedy in Asia Minor (1922) and the establishment of the 1st Hellenic Republic (1923) the estate became public property until 1936 when regality was restored and following the end of World War II the royal family moved back to the summer palace.

The years followed the World War II and the Civil War (1946-1949), Greek history balanced between a crowned republic, dictatorship (1967-1974) and parliamentary republic (after 1974) with the Tatoi estate caught up in the storm, often due to political instability and fanaticism. Eventually, the Greek State took possession of Tatoi and became the permanent owner on March 3, 2003.

The whole area is nowadays derelict and under great danger, both culturally and naturally. The long-lasting dispute upon the ownership of the Tatoi estate resulted in its abandonment, which has led to incalculable damage. Both the buildings and the natural environment need urgent attention and protection so that total devastation can be avoided. Despite the fact that the citizens of Attica and several associations are aware of the problem, the Greek State has yet to act.

However, this is not the end… The “Friends of Tatoi Association”, founded in 2012, fights against two powerful enemies: the ravages of time and political indifference. The main goal of the association is the restoration of the former palace and the neighboring buildings, with conversion of the whole site into a museum and recreational areas. Their cause is legitimate as Tatoi is a significant part of the Greek Cultural Heritage.

The Tatoi estate must be preserved so as to avoid further decay. The palace and natural environment have great potential as natural history museums, environmental education centers, historical museums and public spaces for sports and other activities.

To support the cause, or to learn more, visit: