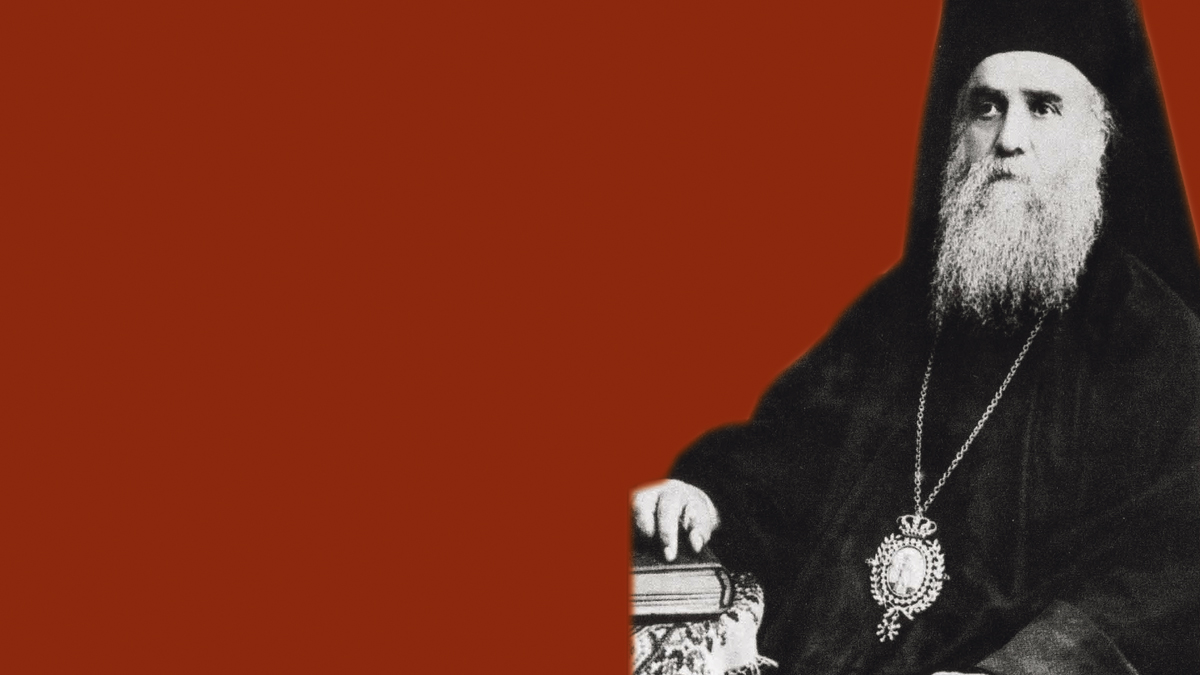 St. Nektarios: The Saint of the 20th Century

Teacher, writer, reverend father…. Saint Nektarios tended and cared for those who heeded his teachings, and even those who did not. Though he lived a life faced with many challenges, the Church today reveres his life and many contributions.

If asked what St. Nektarios means to me, I would answer much more than just the fact that we have the same name…

Born as a premature baby, weighing just a bit over three pounds, I was critically ill, and my parents prayed. They prayed and promised to name me after him should I survive. And that’s what happened.

It was back in the 1980s when I was baptized in the church of St. Nektarios on the island of Aegina. And it was in the same place where I became the godmother of a baby girl, three years ago – she was also named after this Saint. St. Nektarios is definitely my patron saint, Ι always have an icon of him on my desk and I always pray in his name.

The church, sublime but humble, stands just six miles away from the port of Aegina. Thousands of people visit it every year, in order to pray, ask for a miracle, and look for solace and peace. At the same place, there is a holy monastery, where the Saint spent the last 12 years of his life. There, in the monastery’s yard, next to his favorite pine tree, you can visit his grave. Following the customary practice of pilgrims, you can pray with your ear against the tomb. Many pilgrims have expressed hearing the sound of the Saint’s feet tapping or shuffling within the tomb.

St. Nektarios is called “the Saint of the 20th century”. Born in 1846, he died in 1920. Coming from a poor but pious family, he managed to become Pentapolis’ Metropolitan Bishop, but was unfairly judged by slanderers and cast from his position. He was even exiled from Egypt!

St. Nektarios was a gifted preacher and regardless of the accusations that stained his reputation, he was well respected and beloved, due to his morality, his character, his piety and his work. The fold in Chalkis, where he worked as a preacher after his expulsion from Egypt, embraced him with love. But soon, his enemies contrived another transfer. From his new position, in the regions of Phokis and Pithiotis, St. Nektarios managed once again to earn the respect of the community.

When St. Nektarios left Pithiotis to become headmaster at the Rizarios Ecclesiastical School in Athens, the people of Pithiotis wished him farewell with flowers and tears in their eyes. St. Nektarios held his position at the Rizarios School for 14 years – during that time, he gave a new impetus to the School, from which many enlightened clerics and scientists have graduated.

After his service at the Rizarios School, St. Nektarios moved to Aegina, to satisfy his insatiable desire to be cloistered.

On November 9, 1920, he “fell asleep” at the Aretaieio Hospital. Hundreds of people from both Greece and Egypt came to pay their respects at his funeral.

Many years ago, when I was a teenager, I went to the same hospital to visit an aunt and – lucky me – there she was, lying in the room where St. Nektarios had been hospitalized.

There are hundreds of people who have witnessed the Saint’s miracles. Among them, there are many women who could not bear children and yet became pregnant after his blessings, as well as many critically-ill people who were cured.

He was canonized a saint in 1961 and his memory is commemorated each year on November 9.