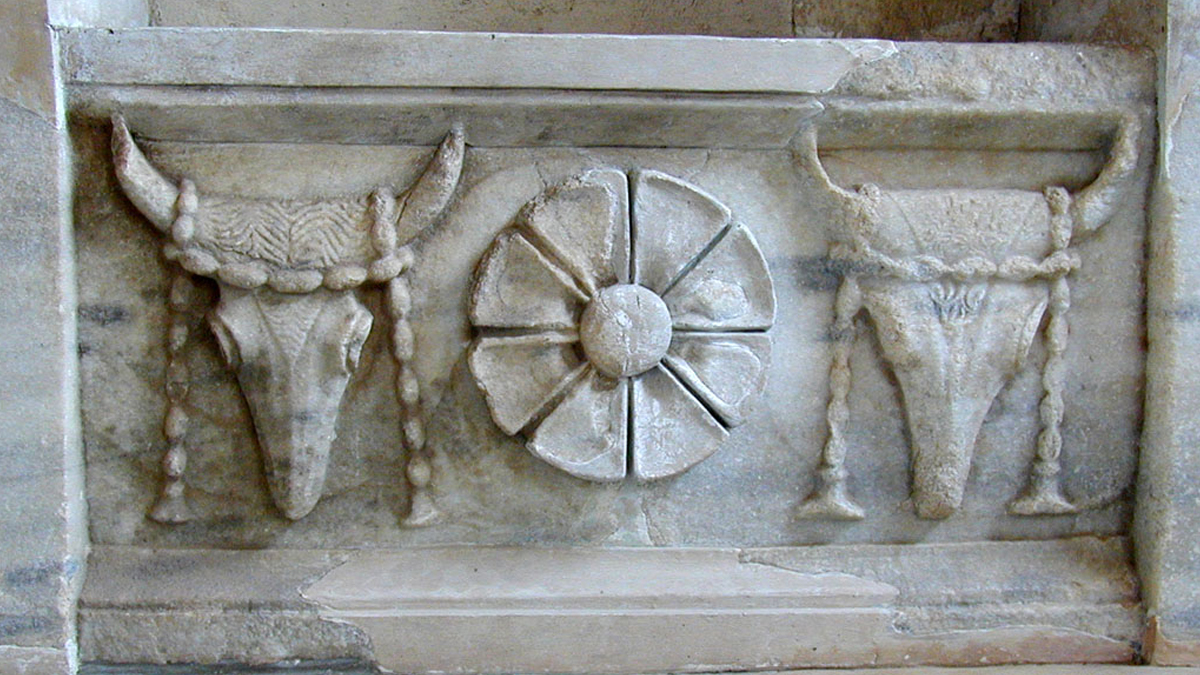 Samothrace: Where the Great Gods dwell

The northern Aegean Sea is beyond any doubt a more isolated and wild place compared with the cosmopolitan Cycladic complex. It is there where the island of Aeolus, or Samothrace, lies… some 24 miles away from the Thracian coast.

No white houses, no golden beaches nor bare hills can be found here; the scenery consisted of rocky slopes, wuthering peaks and dense forests. The architecture is simple, the wild goats leap all around the rugged landscape and the food is just an explosion of senses. Let’s get closer to the history of the island…

We can easily imagine the awe of prehistoric man when he faced the untouched island for the first time; the steep mountains and the thick murky forests could initially provoke a feeling of anxiety. However, a closer glance makes the first impression milder; the forest is fresh and hospitable and the slopes full of prey.

Over the years the mystical touch of the island and the advent of the first pre-Hellenic tribes established Samothrace as one of the greatest religious centers of antiquity. The arrival of the first Greeks on the island occurred during the 8th c. BCE, according to archaeological evidence. Something that gave ancient rituals a more mystical and specific form was the temple of the Great Gods (around 670 BCE) which became a religious attraction for every man, woman, child or slave who wanted to experience the Great Mysteries.

Samothrace’s advantageous geographical location and its trade transformed it into a notable city during the Classical era, with its own coin, army and warships. The government and the administration were organized according to the standards of the Greek city states. The prosperity of Samothrace continued throughout the Hellenistic and Roman years thanks to the favor, which Hellenistic kings and Roman emperors showed to the sanctuary of the Great Gods and the mysteries held in their honor, attracting mystics from the entire Mediterranean World and even farther.

In the course of the Middle Ages, Samothrace was repeatedly assaulted by the Slavs, the Saracen pirates, the Turks and other intruders. In 1479 the island was finally occupied by the Ottoman Turks after a short siege. It would take 300 years for the island to flourish again through maritime trade and agriculture. The Greek War of Independence (1821-1830) found the people of Samothrace raised against the Turkish power something that led to the island’s complete destruction and the massacre of the population. The island was finally liberated in 1912 by the Greek fleet.

Samothrace is nowadays an alternative destination for travelers from all around the globe looking for wilderness areas and mystical vibes. Every summer a variety of music festivals take place on the island (electronic music mostly) and it is not unusual to meet people who still worship the ancient deities. Samothrace is beyond any doubt the perfect place to combine a non-cosmopolitan way of vacations and the authentic rural way of living concerning the villages and the food (the roasted wild goat is the island’s specialty).