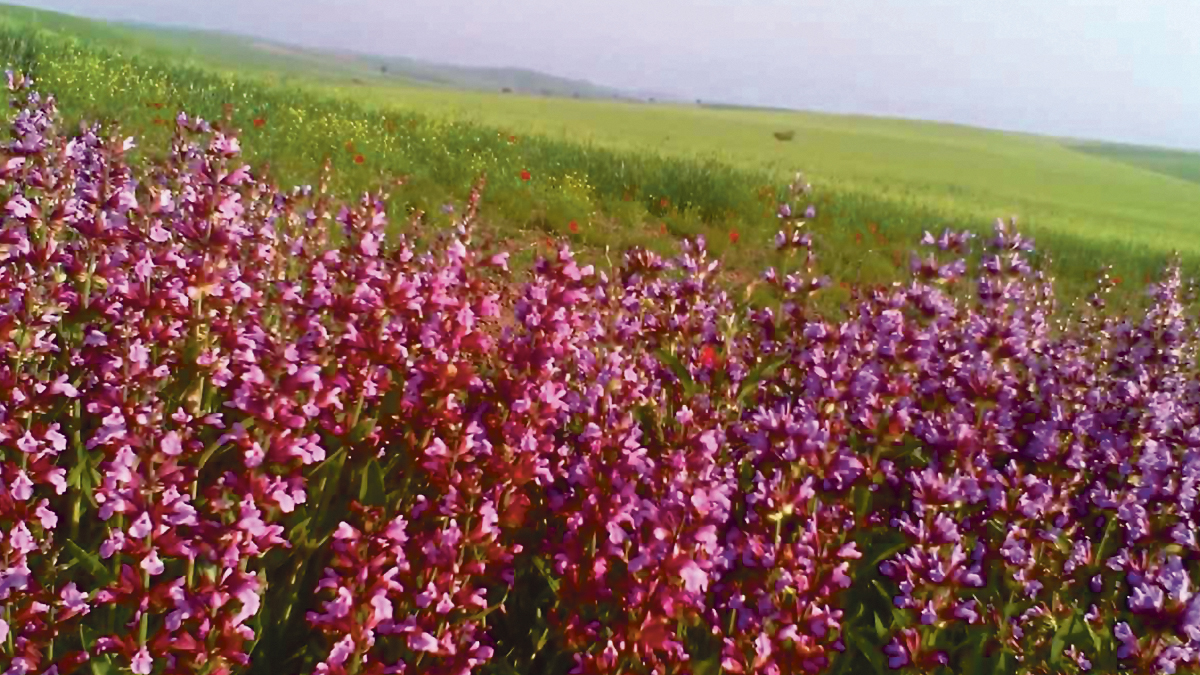 We’ve got “sage” advice for you, tomorrow morning, before your reach for that cup of coffee, consider a cup of tea instead, specifically, a cup of Greek sage tea, or as the Greeks call it – faskomilo (fahs KOH mee loh = Φασκόμηλο).

Sage isn’t just for sipping though! It can be consumed in various ways. In addition to brewing for tea, the fresh leaves can be chewed and the plant can also be distilled for essential oils. Use of the herb has been recorded from ancient to modern history and by various cultures all over the world. In various folklore, sage was a symbol of virtue, purification, immortality and salvation. It was believed that to burn sage near someone ill would promote a speedy recovery. And even Native Americans have burned (or smudged) the herb to combat negative energy.

Known to botanists as salvia triloba, the herb’s name comes from the Latin salvere which means “to save” – in reference to it numerous medicinal purposes for which it could serve to “save” the drinker. In Greece, it is referred to as faskomilo and grows abundantly throughout the Cycladic Islands. Mountainsides are covered in springtime with brilliants shades of the purple sage flowers. Cycladic sage is considered one of the finest of its species, worldwide Women gather bouquets to hang on their verandas, and fragrant sage bundles can be seen hanging in traditional markets. The aromatic herb is also used in many gourmet dishes.

Greek Sage dates back to antiquity and is one of the most popular herbal teas in the country. It was depicted on the Minoan Frescos in Knossos. The Greek philosopher Theophrastus, successor to Aristotle as leader of the Lyceum, classified sage as a “coronary herb” because it flushed disease from the body, easing undue strain on the heart.  And even Hippocrates included it in his materia medica, recommending drinking two cups of sage tea a day to stop sweating.

The Ancient Greeks also used sage to treat consumption, ulcers and snakebites. Ancient Romans considered the herb sacred, believing it was good for the brain, senses and overall memory. They created ceremonial practices required in the harvesting and gathering that included special knives (with no iron content), ritual food sacrifice, clean garments and cleansing of the feet.

According to researchers at the European Journal of Clinical Nutrition, tea is an excellent alternative for water to hydrate the body. Not only does it replace fluids, it contains healthy antioxidants and tastes great! Studies suggest that a single cup of tea may contain up to five times more antioxidants than any fruit or vegetable. From colds and flus, to heart health, cancer prevention, anxiety relief and weight loss, the preventative care tea may be providing to the human body is overhwelming.

So tomorrow morning, as you start towards the coffee pot, make the decision to instead brew a spot of sage tea to be healthy, happy and wise!