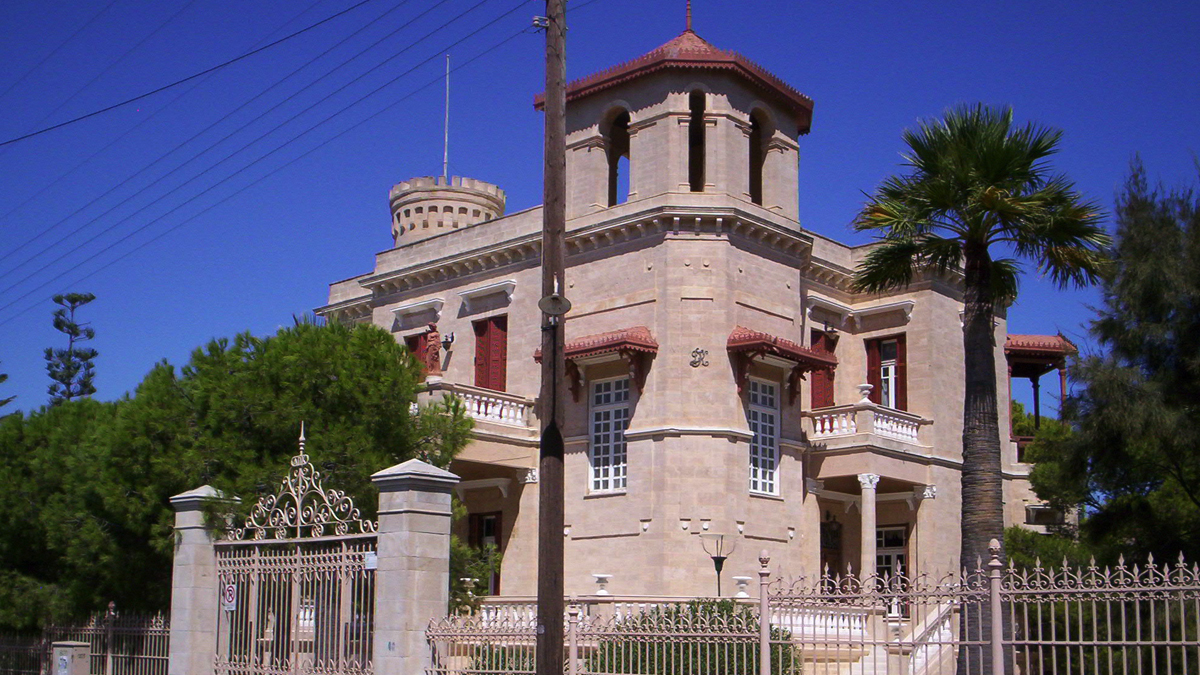 Living Up to a Mythical Name – Poseidonia blazes in glory under the summer sun!

Once on the island of Syros, approximately 89.5 miles south-east of Athens, you can leave its busy capital town of Ermoupolis behind and head south-east. A mere 6 miles from Ermoupolis, in Foinikas Bay, stretches the coastline town of Poseidonia, poised nonchalantly in the Aegean Sea.

Poseidonia is both the name of the main village and of general area which is a part of the Syros-Ermoupolis municipality—it shares the island of Syros with the municipal units of Ano Syros and Ermoupolis. Formerly known as Dellagrazia, a Latin name derived from the village’s catholic church of Mary/Madonna della Grazia (dedicated to Our Lady of Grace), it is mentioned like so in the famous rembetiko song “Fragosyriani” by Markos Vamvakaris. Its current name, Poseidonia, is from the ancient settlement that once stood where the village now is and was then dedicated to god Poseidon.

Poseidonia is fertile and lush, circled by mountains and shaded from the harsh north winds. It has always been a popular summer resort. Its particularly distinct character is attributed to its famous villas. Built by local noblemen – and designed by Greek, Italian and German architects – in the 1850s-1880s, they are typical neoclassical cottages of the late 19th century, mainly featuring a romantic style. Building materials include limestone and Maltese shale slabs which were once imported directly to the island of Syros.

One the mansions that stand out today is that of Tsiropinás (a benefactor and ex-mayor of Ermoupolis). Built in 1916, it has been listed as a historical monument under preservation by the Greek Ministry of Culture in 1996. It currently serves as a City Hall & Cultural Center, housing exhibitions, theatrical performances, conferences, and more.

A few of the events that will take place in the following months and are definitely worth checking out, if you are visiting the Poseidonia:

More holiday villas, with turrets and gardens, further dominate the entire Poseidonia area offering visitors a flair of luxury from an era bygone. Other famous attractions include: the Catholic Church of St. Peter built in 1860; the Greek Orthodox church of St. John that yearly holds a well-known festival on August 29th; the beaches of Agathopes, Fetouri, Voulgari and Komito; and a tennis Club that is speculated to have the oldest tennis court in Greece.

From spectacular architecture, beautiful landscapes, and great local food to art, culture, and sports, Poseidonia just might be your tiny, “all-inclusive” heaven-on-earth this summer!