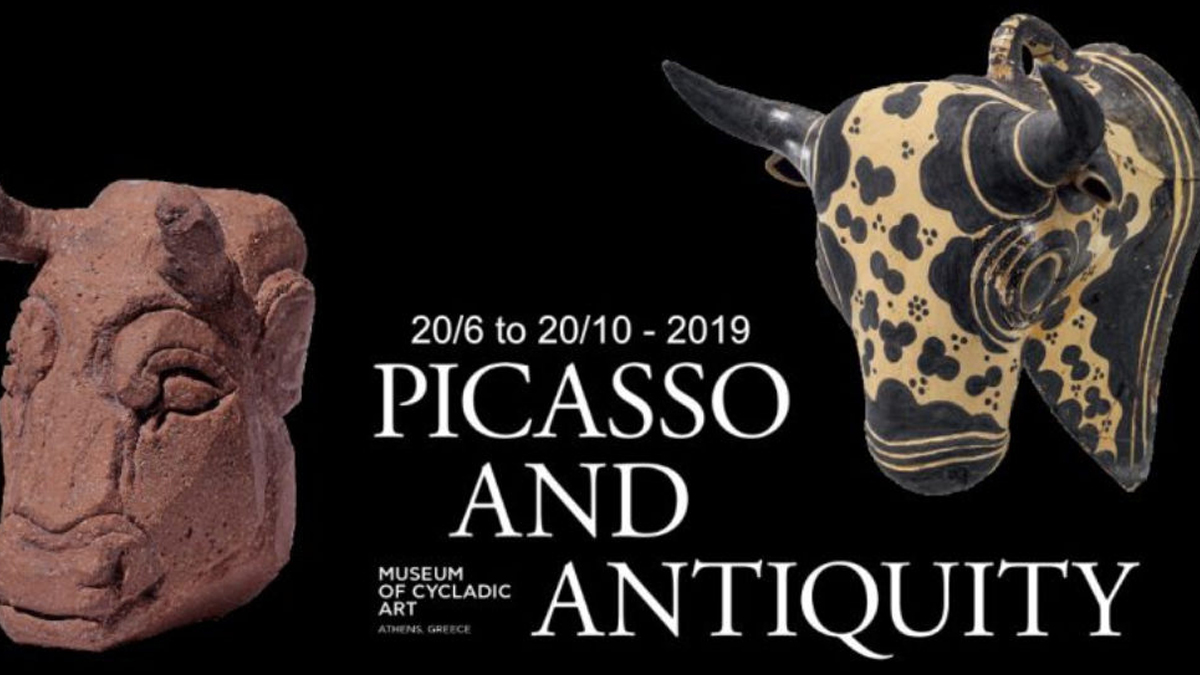 Picasso and Antiquity: a fertile dialogue

Many people don’t know that Pablo Picasso was not just one of the most well-known cubist painters of the 20th c. but a great sculptor as well as a knowledgeable man concerning the Greco-roman world.

Pablo Picasso created a large number of clay artifacts and drawings inspired by objects of the ancient Greek world, such as the ancient theater, mythical beasts, gods, heroes and sacred animals. Picasso was a multifaceted personality with a curious and sharp mind.

The Museum of Cycladic Art is currently hosting a unique exhibition that connects Modern Art with Classical Antiquity. The exhibition (from June 20 to October 20, 2019) has the fanciful title “Picasso and Antiquity. Line and Clay” and it is a section of the “Divine Dialogues” exhibition.

The curators, Dr. N. Stampolidis and the historian Olivier Berggruen, have created an exceptional atmosphere of sixty-eight ceramics and drawings by Picasso (between the 1920s and 1960s) in a lively “dialogue” with sixty-seven antiquities dating from the 4th millennium BCE to the late Roman period (around 3rd c. AD). It is a silent conversation where the Modern Art comes to pay homage at the Ancient Greek splendor.

Picasso was also a fanatic traveler and obviously his travels provided the Spanish master with a wide spectrum of images and ideas about the Minoan-Mycenaean civilization, the Classical World and the world of Myths. He was probably well informed about the big archaeological discoveries of the 20th c. as well as a witness of the first collections of the modern European museums. He carried within himself a whole world of experiences around the Mediterranean Sea depicted with the most imaginative way in his paintings, clay creations and drawings.

The Museum of Cycladic Art managed to gather a notable number of artifacts from foreign and Greek museums, private collections and foundations such as Musée National Picasso (France), Museo Picasso (Spain), Museum Berggruen (Germany), National Archaeological Museum (Athens), the Archaeological Museum of the Ancient Agora (Athens), the Cyprus Museum (Nicosia) and many others.

It is the first time the general public has the opportunity to explore a different aspect of Picasso away from Guernica and Les Demoiselles d’Avignon. The world of his ceramics and drawings is a pure allegory that provides the visitors with all the useful tools in order to contemplate over the absurd and the logic, the magical reality of myths, the significance of the irrational and the impact of the ancient metaphors in our “rational” lives.