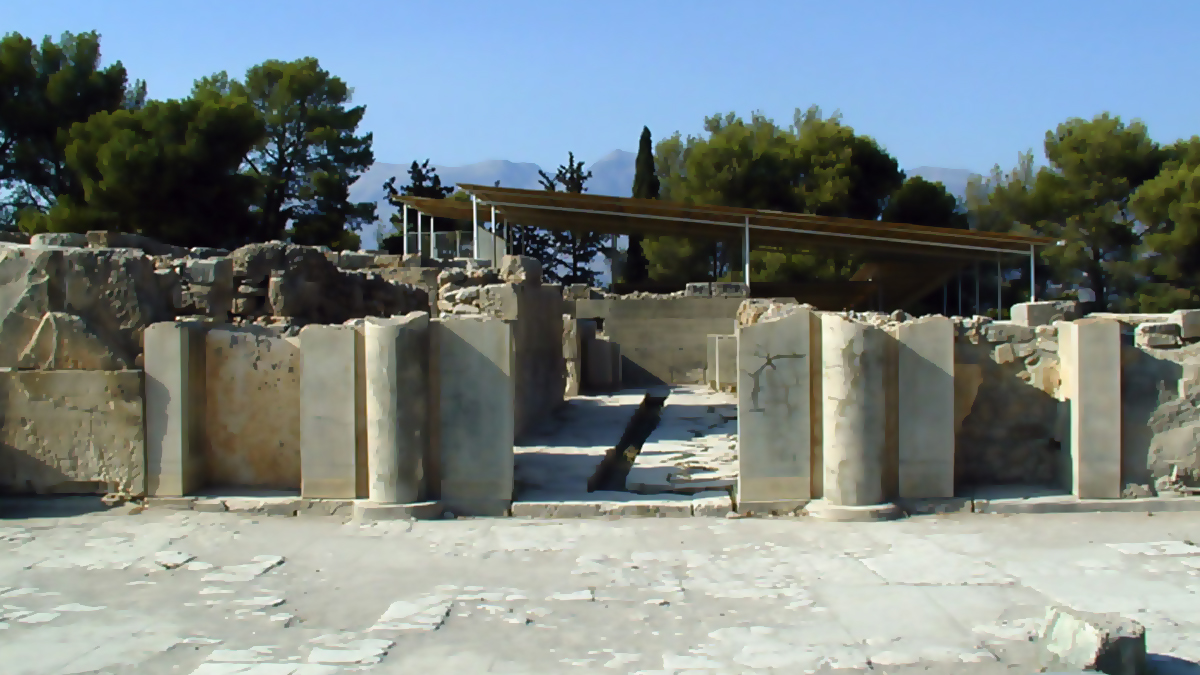 The island of Crete was the birthplace of the mighty Minoan civilization. This highly developed society flourished from about 2600 to 1100 BCE. It is no wonder why Minoan influence spread beyond Crete into the broader Mediterranean and even Near Eastern cultures…

The island of Crete was the birthplace of the mighty Minoan civilization, a name that references the mythological Cretan king, Minos. This highly developed society flourished from about 2600 to 1100 BCE – grand palaces, as well as structures that served as political and cultural centers of power characterized Minoan rule. Their influence spread beyond Crete into the broader Mediterranean and even Near Eastern cultures. Some Cycladic islands in the Aegean, as well as sites in the Egyptian Delta, Cyprus, and the Levant, were all in direct cultural and commercial exchange with the Minoans.

The palace system of Minoan Crete comprised extensive palatial complexes and smaller satellite settlements. Knossos, Phaistos, Zakros and Malia were the central palaces around which the political power of the island was gathered. In general, the palaces coexisted peacefully and rarely succumbed to confrontation. The Minoan period was mostly a thriving and tranquil era, according to archaeologists.

Phaistos was among the most powerful and magnificent palatial complexes of the Minoan civilization. It is located in south central Crete only a few kilometers far from the sea, and around 37 miles from Heraklion, the modern capital of Crete. It was inhabited from the Neolithic period and, as was the case for Knossos, the first palace was built at the beginning of the 2nd millennium BCE; it remained in use for about three centuries until the destruction of the Minoan palaces in the 15th c. BCE by the mainland Mycenaean Greeks.

In 1908, archaeologists found the Phaistos disc in the basements levels of the palace. Dating between 1950 and 1400 BCE this artifact is a clay disk with a hieroglyphic script engraved on it. The script is composed in a writing system called Linear A, which is still not deciphered and likely was not even Greek. The dawn of the Greek civilization had yet to come; this would only happen, at least from a linguistic point of view with the Mycenaeans around 1600 BCE.

To the archaeological site includes a number of well-preserved monuments:

The Palaces which are built of square blocks and spread over different terraces. Off the central, colonnaded court open royal quarters, storerooms, a lustral basin, and workshops. The monumental entrance and the large staircases make the many terraces accessible.

The Minoan city around the palaces.

The later historical Greek, Roman, Medieval and post-Medieval city. Phaistos was inhabited for thousands of years.

Nowadays, most of the finds and artifacts from Phaistos are exhibited in the recently renovated Archaeological Museum of Heraklion. An impressive collection of items from around Crete gives testimony to ancient Minoan life and culture.

The finds from Phaistos cover a significant swath of the museum, and give the visitor an opportunity to observe and contemplate masterpieces of pottery, metallurgy and writing from the Bronze Age. The excavations of Phaistos shed light on a wide spectrum of life inside and well beyond the Minoan palaces. The site and the objects on display in the Heraklion Museum reflect the daily and ritual life of a magnificent lost civilization.