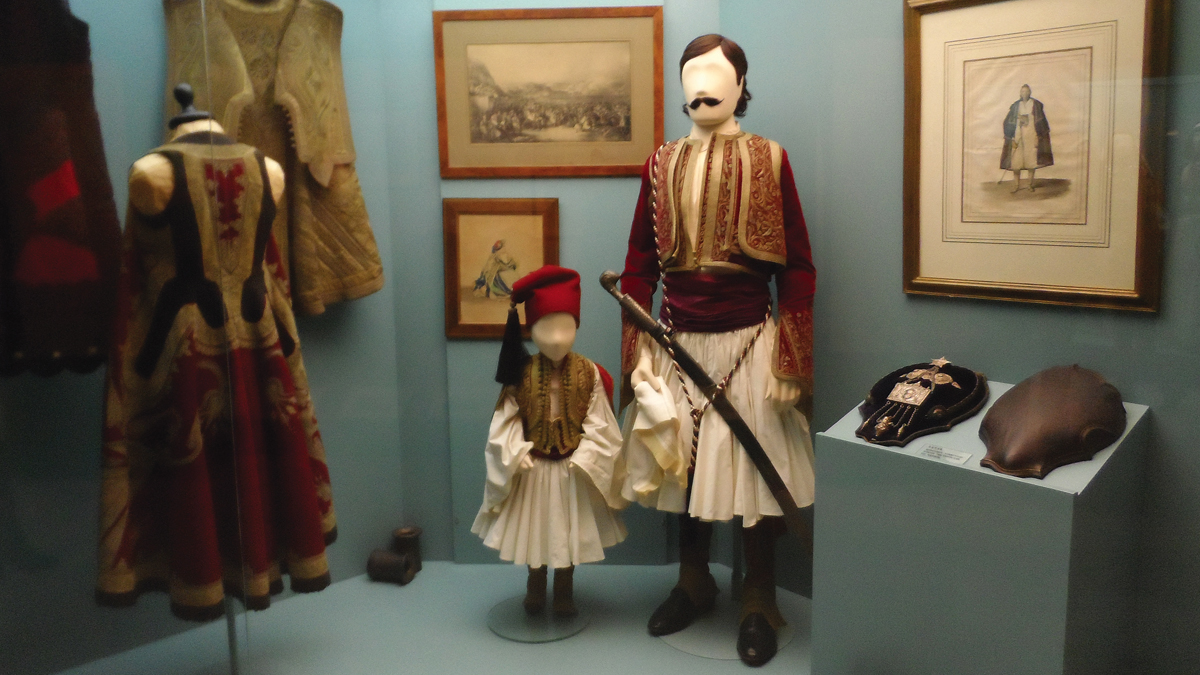 The “V. Papantoniou” Peloponnesian Folklore Foundation (PFF) is a privately supported foundation, based in Nafplion. It was founded in 1974 by Ioanna Papantoniou with an aim to research, preserve and present the material culture of the Peloponnese and Greece on the whole. Papantoniou is a stage and costume designer and  Honorary Doctor of the Department of History and Archaeology at the Aristotle University of Thessaloniki. In 2003, Papantoniou also founded the Greek Costume Society with the goal to create a Costume Culture Museum in Greece.

In 1981, PFF won the European Museum of the Year Award (EMYA) for its exhibition “The Production, Elaboration and Use of Natural Fibers in Greece”. It is the only Greek Museum that has received this award.  In 2013, PFF was honored by the Academy of Athens for its long-term contribution to the promotion of the Hellenic culture and Papantoniou became the first winner of the Lifetime Achievement Award newly instituted by the European Museum Academy (ΕΜΑ).

In 2015, the new permanent exhibition “The collections: A journey through space and time” was installed and is dedicated to the Foundation collections which now number over 45,000 artifacts from 22 different categories related to the contemporary Greek culture.