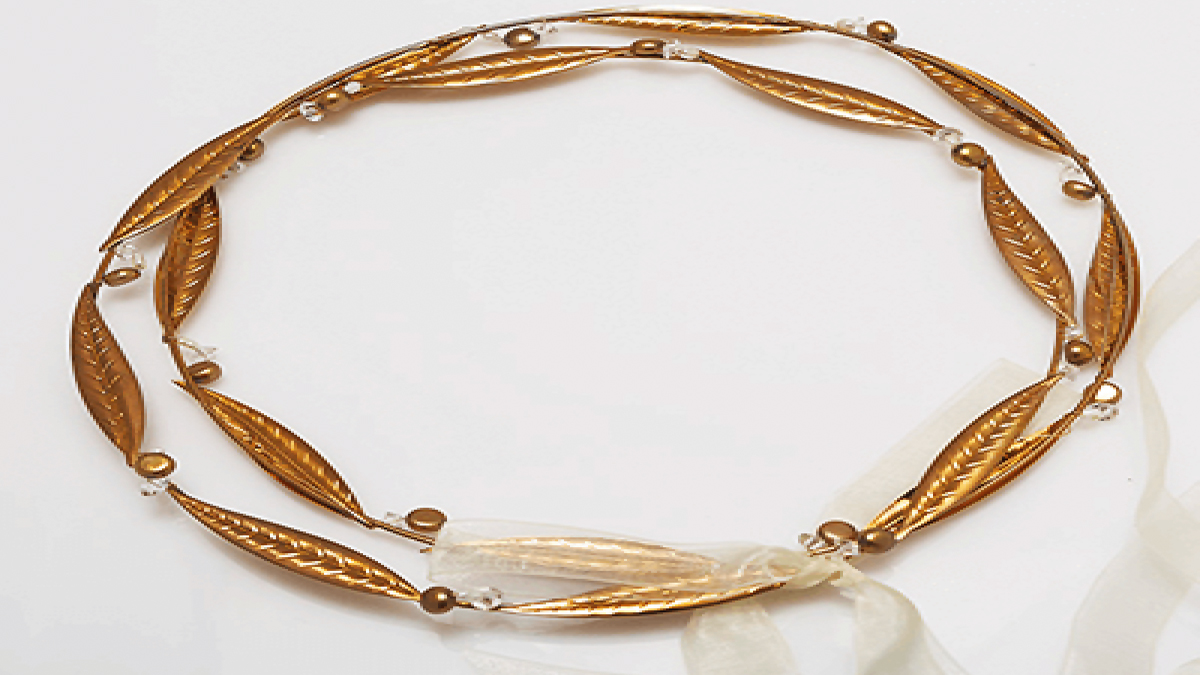 Antonopoulos is an elaborate name for someone born and raised in America. Also known as Vivian to her American friends, Paraskevi is passionate about her Greek roots as well as her design work.

Raised in the jewelry business, Paraskevi was taught three key values; pride for her Greek heritage, commitment to education and the importance of hard work.

Paraskevi’s father, Polychronis (Paul), always encouraged his daughter to be the best at her trade and art. She grew up listening to his captivating stories that defined the American dream. Polychronis was a shepherd in the mountains of Andritsaina, Olympias in a village named Sklirou. As a young man, he left the village in search of a better life. While working as a short wave radio operator for Aristotle Onassis, the Greek shipping magnate. Polychronis journeyed to America and met a woman who “matched” him to his future bride, Marousa (Marcia) Karides, a Greek-American college-educated teacher who lived in Milwaukee, Wisconsin.

Skilled at working with his hands, Polychronis always looked for added opportunities to make a living for his family. Encouraged by Marousa’s family, he began repairing watches and soon purchased and opened a storefront property and established Paul’s Jewelers in 1967.

Designing was a passion for Paraskevi and although she received a degree in secondary education from the University of Wisconsin-Milwaukee, it was her minor in art that directed her path. Her father insisted on sending Paraskevi to the Gemological Institute of America at both the Los Angeles and New York Campuses for a two-year masters program within the jewelry industry. While in New York, she also studied at the famed Kulicke-Stark Academy of Jewelry Arts and learned ancient jewelry techniques.

Determined to continue on this path, with the help of friends, Paraskevi made contact with Ilias Lalaounis in New York to do a summer study at his workshop in Athens. Upon her return to the U.S., she and her brother expanded their retail presence at a second location that their father had built. They sold designs by Paraskevi as well as limited edition pieces from other designers and manufacturers. Paraskevi also exhibited her work in galleries in NYC, Chicago, Dallas, and Los Angeles, and had had her work featured in Elle, Harper’s Bazaar, Vogue Mademoiselle, Bride’s and Modern Bride to name just a few. Her pieces have been worn by celebrities and seen on soaps such as As the World Turns.

Her passion for design can only be matched by her generosity and philanthropy. She has supported countless Greek-American projects, donating her works to support many philanthropic organizations, from local churches, the National Hellenic Museum, International Orthodox Christian Charities and more. When we asked Vivian if she had any words of wisdom for young designers, she shared “My best advice is to donate their work to charity functions which will accomplish two things, their work will get great exposure and they will help others in need at the same time.”

After many prompts from her father that she ignored to focus on designing Greek crosses, she came to realize that she was missing a great opportunity to explore her heritage and faith in more depth. Following her marriage to Peter Limberatos (whose family roots trace back Cephalonia), and the birth of their first child, Apollon of whom she was totally enamored, she created a Byzantine style cross in rose gold with pomegranate colored garnets and the letters “ΙΣ ΧΣ ΝΙ ΚΑ” hand tooled on the front for his baptism. She continued designing these crosses for her daughter, Paraskevi, nephews, nieces, and her twelve Godchildren. Each piece created is part of the core group of the Crosses Byzantine collection and is named for each child for whom it was crafted.

Paraskevi is a designer, goldsmith and Graduate Gemologist. With her formal training and degree in hand, she began creating hand crafted stefana (wedding crowns) in fine silver and solid gold with genuine gemstones that became the collection, Stefana Eternal. Pieces from this collection have been acquired by people all over the world.

In addition to gallery exhibits, magazine features, and articles written about her work, Paraskevi was commissioned by the Annunciation Greek Orthodox Church of Milwaukee to create a set of gold vermeil stefana for his Eminence Archbishop Demetrios as a celebratory gift honoring the 100 years of the parish. The stefana now hang in the Greek Orthodox Archdiocese Headquarters in New York.

To see her work, visit:
www.PaulsJewelers.com