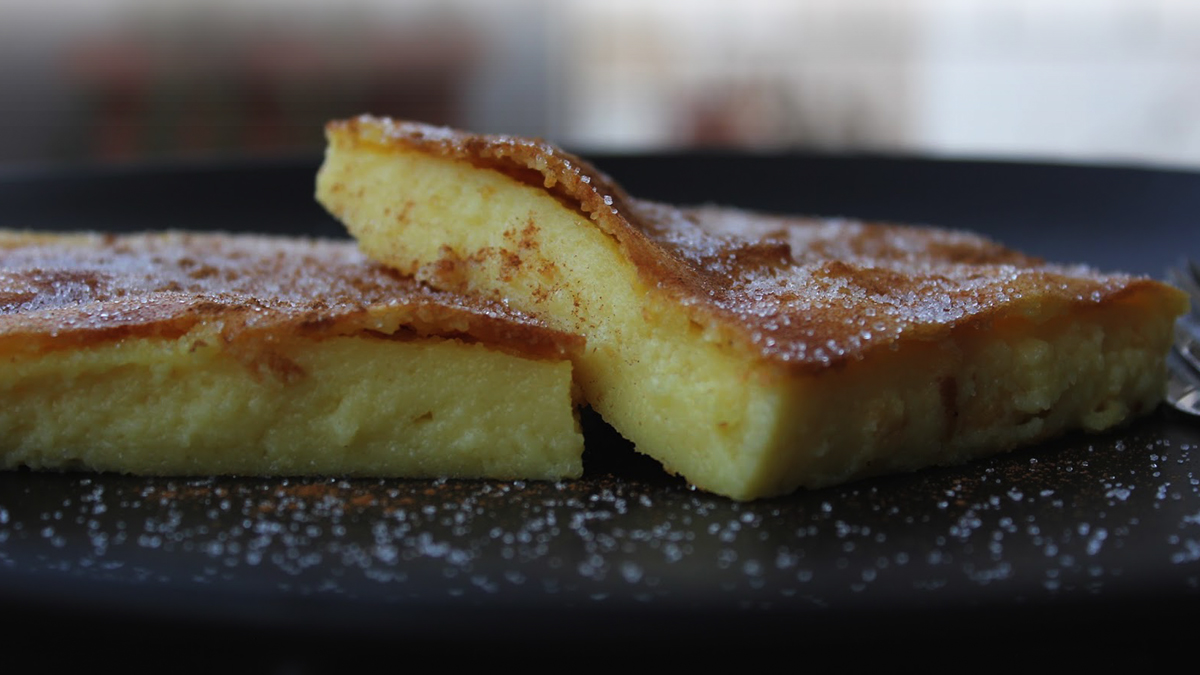 5 cups milk (sheep or cow milk may be used)

Confectioner’s sugar (to dust on top)

Combine milk, 0.5 cups granulated sugar, and salt in a saucepan, bring to a slow simmer.

Whisk in slowly, semolina.  Continue to whisk and keep at a slow simmer until mixture is the consistency of loose cream of wheat (about 3-5 minutes).

Whisk together egg yolks and vanilla in a large bowl, take a small portion (about a quarter cup) and place aside for later use. Slowly whisk egg mixture in the semolina mixture. Be sure to mix in only a little at a time to ensure proper tempering of egg yolks. When all ingredients are completely combined, allow the mixture to cool for about 15 minutes, stir occasionally.

Place phyllo sheets on a cutting board, trim to fit in a 9” x 13” pan (often, you can just cut phyllos sheets in half).  It is recommended you cover the phyllo with plastic wrap and a cool dampened towel to keep the sheets from drying.

Brush a 9” x 13” baking pan with the melted butter.  Place one sheet of phyllo across the bottom of the pan, brush with butter. Repeat with 9 more sheets of phyllo.  Phyllo can hang over the sides of the pan.

Beat egg whites in a bowl until stiff peaks.  Fold part of beaten whites into the semolina mixture, gently, then add the remaining.

Spread the semolina mixture evenly on top of the phyllo. If there is any phyllo hanging over edges, roll in to create a “crust”. Take the egg yolk mixture previously placed to the side and brush on top of semolina mixture.

Bake for 35 minutes at 375F.  The crust should be a golden brown.  Set aside to cool for one hour before cutting.

Best served at room temperature and cut in squares and sprinkled with cinnamon and confectioner’s sugar.