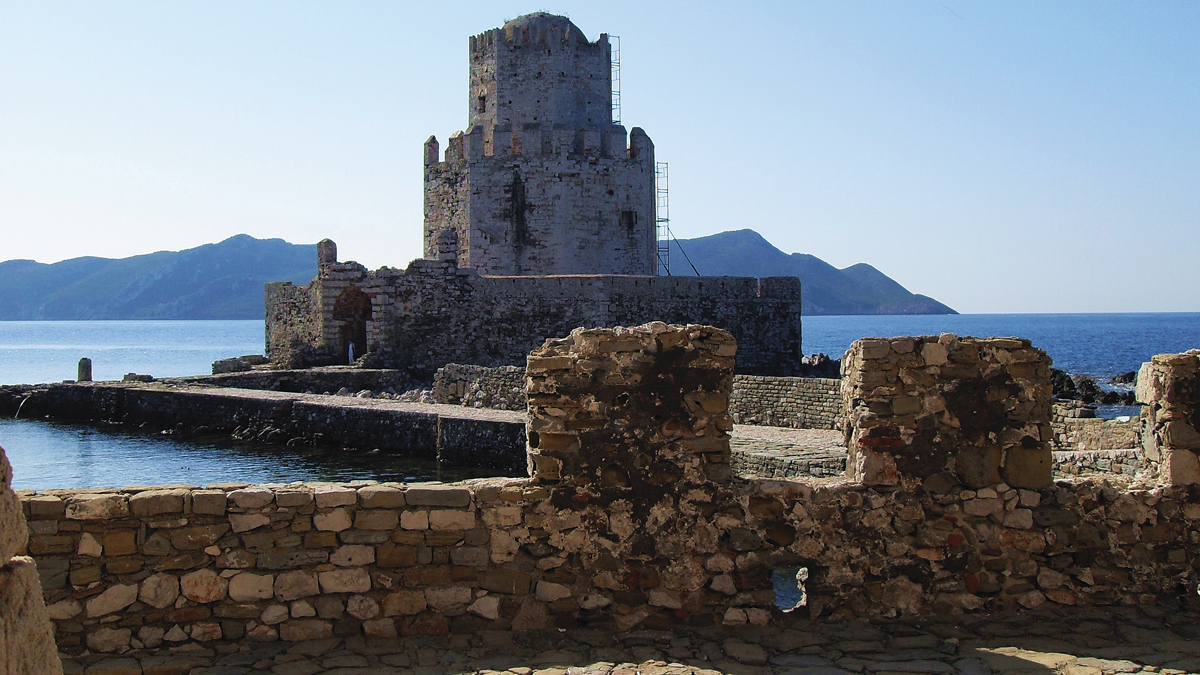 According to Homer, Methoni was one of the seven cities that Agamemnon offered to Achilles along with the return of Briseis and other gifts. All of this appeasement was done to prevent Achilles from leaving the war front in Troy…

The municipal unit of Methoni includes the nearby villages of Grizokambos, Finikoùda, Foiniki, Lachanàda, Varàkes, Kainoùrgio Chorio, Kamarià, Evangelismos, and the Oinnoùsses Islands, to name but a few. The Oinousses complex naturally protects the port of Methoni from turbulent seas, making it an important location for the Byzantines, Venetians & Ottomans’ expansive trading businesses.

The Castle of Methoni is one of the most impressive and well-preserved Venetian fortresses in Greece. It runs on the southwestern coast of Methoni to the small islet of Bourtzi. Bourtzi is fortified with an octagonal tower and had been used, in various instances, as a prison. Its north part, which looks to land, is covered by an also heavily fortified acropolis. A deep moat separates the castle from the land and an arched stone bridge accesses its entrance. There are two large battlements on each side of the entrance. Right after the central gate, a domed road leads through a second gate, and then a third to the interior of the castle.

Some of the best preserved sites of the interior include ruins of Venetian lords’ houses, a paved street that led to the sea gate, the ruins of a Turkish bath, the Byzantine church of St. Sophia, parts of Doric pillars, and a slate with Latin inscription. There is also an unlined monolithic granite column, with a Byzantine-style capital on top, which is supposed to have supported either the winged lion of Saint Mark, the symbol of Venice, or the bust of Francesco Morosini. On the left of the entrance are the ruins which were originally used as the residence of Ibrahim Pasha in 1826, and later the French general Nicolas Joseph Maison. There are also a few cisterns and the remains of a World War II British prisoners’ cemetery.

Aside from visiting the Castle, one must take a boat to the 3 islands of the Oinnousses complex (Sapientza, Schiza & Santa Marina) across from Finikounta Bay. Be sure to plan a visit to the 4th century catacombs of St. Onouphrios and the close-by Byzantine Church of St. Vasilios, which dates back to 1100 AD (just 1.2 miles to the north of Methoni).