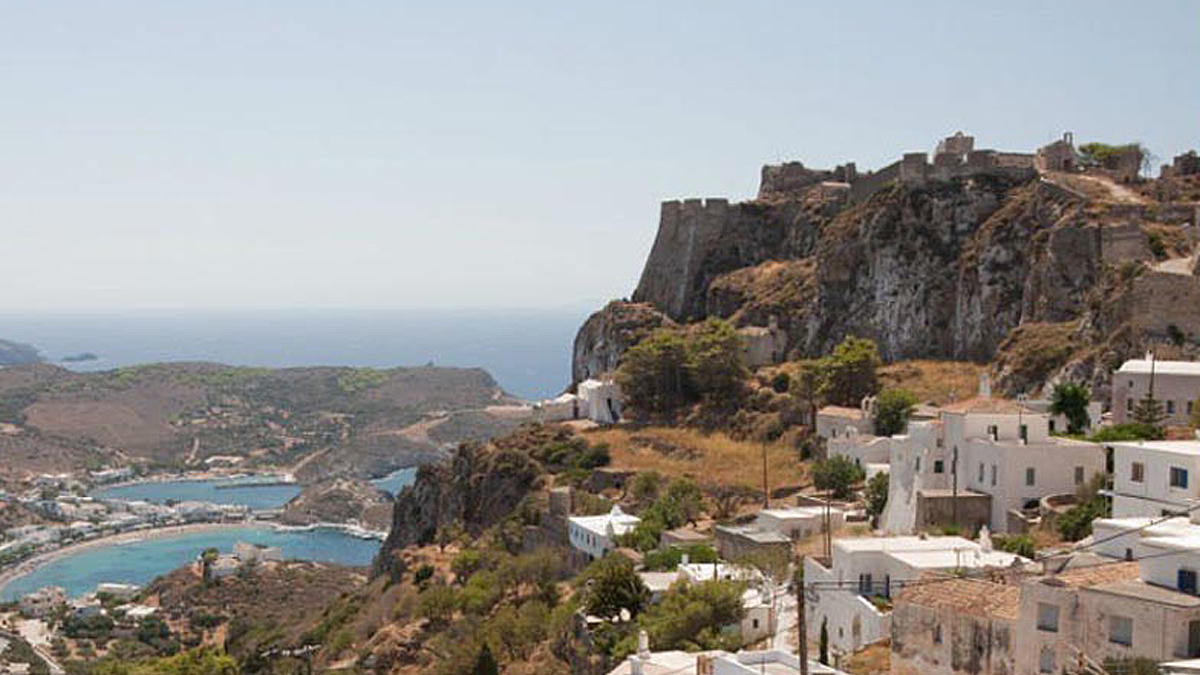 Kythera: the island of Aphrodite

Some miles south of Peloponnese lays an island of insurmountable beauty. Kythera is its name – it is the birthplace of the almighty Aphrodite, the land of a hundred chapels and mysterious caves.

According to myth, the goddess Aphrodite was born off the coast of Kythera… from the foam of the waves where the village Kapsali lies today (the two natural ports took the name “the breasts of Aphrodite”). Many ancient writers used to give her the epithet Kytheria (the Mistress of Kythera) although another myth puts her birthplace in Cyprus. Nevertheless, the ancient Kytherians built a sanctuary of a warlike Aphrodite in the 6th c. BCE claimed to be the eldest temple of the goddess in Greece. Aphrodite herself used to consider Kythera as her sacred island.

The Byzantine and Venetian period left four castles and fortresses on the island: The Venetian castles of Chora (13th c.) and Mylopotamos (16th c.), the byzantine castle of Palaiochora (12th c.) and the Venetian fortress of Avlaimonas (16th c.). The number of the castles indicates the strategic importance of the island in every period and under any occupation.

Excavations have brought to light a massive number of prehistoric remains, most of which belong to the Minoan period (2700-1100 BCE). It is important to note that the Minoan findings are so numerous, a fact that proves the frequent contact of Kythera with Crete… and through Crete, with Egypt and Mesopotamia. Some time later, around the 8th c. BCE, Kythera established a commercial colony, in what is now Syria; the golden years of the island had just began.

It is here where a hugely significant underwater archaeological discovery was made. The Antikythera mechanism (Antikythera is a small island close to Kythera), the first analogue computer ever discovered bearing a complicated device for astronomical predictions, calendars, astrological observations and eclipses of the sun and moon. It was discovered in 1901 and the date of manufacture is estimated to be approximately 2nd c. BCE, many years before the shipwreck which has been dated to 1st c. BCE.

The caves of Kythera also lend to its history. The Cave of Aghia Sophia has beautiful murals that date back to the 13th c. CE. Chousti Cave has been dated to prehistoric era with ancient findings within. But most likely the oldest, Kalamos Cave artifacts have been dated back to Neolithic era (around 6000 BCE)!

Since the ancient times, Kythera was a crossroads of different cultures and ethnicities because of its location in the Aegean Sea. Soldiers, merchants, pirates and sailors, lords and common people lived and died in Kythera. That crucible of civilizations is reflected today in the buildings, gastronomy and traditions, a harmonized mix of Greek and Venetian elements, as Venice was the master of the island for centuries before the Ottoman occupation.

Today’s architecture of the island combines elements from Peloponnese and the Cycladic islands; a blend of stone buildings with bright tile roofs, and white picturesque “cycladic style” houses with deep blue windows.

Nowadays Kythera is a popular destination for tranquil and adventurous vacations with people from around the world coming to the land of Aphrodite to enjoy the turquoise waters, rich history, and wild landscape.