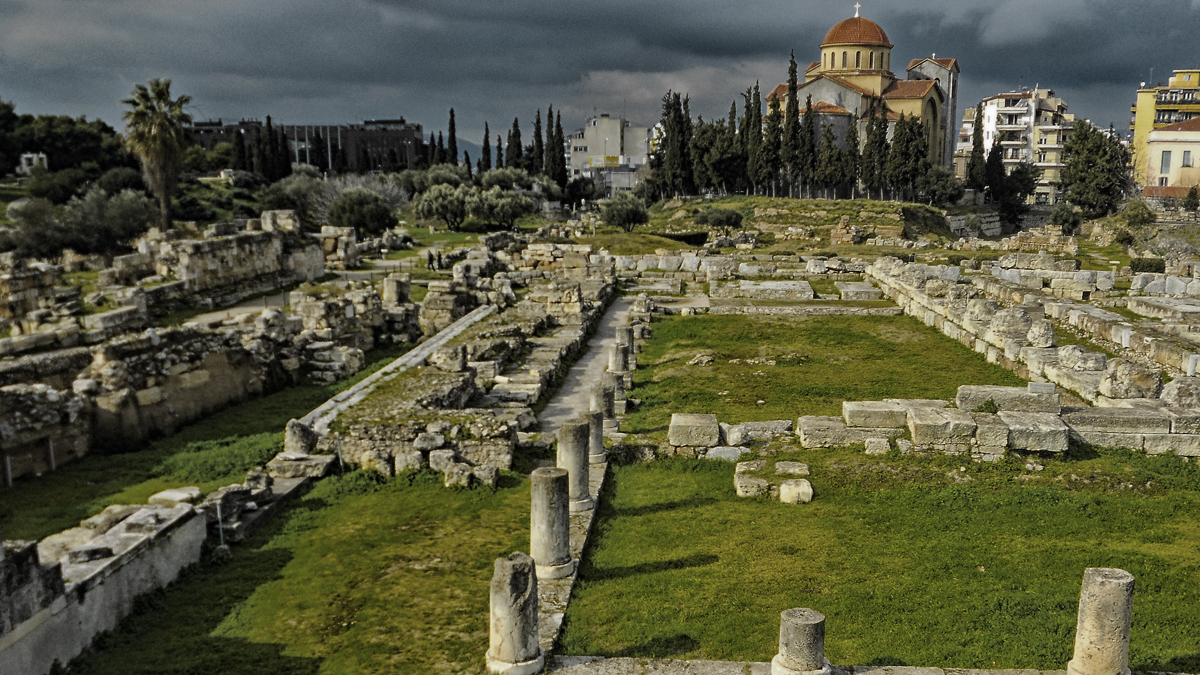 Is it possible to imagine that a small region in the heart of the contemporary city of Athens hides a place of incomparable beauty? It is this neighborhood that the historian Thucydides used to call κάλλιστον προάστιον, the “most beautiful of the Athenian suburbs.”

Surrounded by modern buildings, bars, restaurants and art galleries, Kerameikos, gives visitors a glimpse at the conception of the historical and architectural endurance of Athens.

Apart from being an “oasis” of serenity and tranquility amidst noisy and crowded streets, Kerameikos reveals a more diverse history: that of the living and the dead. For the modern visitor, this place radiates a metaphysical energy derived from its own nature. Here, the heroic dead have been praised, and commoners have lamented over the bodies of their beloved relatives.

In antiquity, potters were drawn to Kerameikos (the name comes from the Greek word for pottery) for the clay deposits of the Eridanos. It was a settlement for potters and vase painters, and the main production center of the famous Attic vases.

The so-called Sacred Way (Ιερά Οδός) had hosted the procession of the Eleusinian Mysteries for thousands of years. A mass of worshippers chose to cover a distance of more than 12 miles in order to reach personal atonement and mitigate the terror of the afterlife. There is a common feeling between the ancient and modern walkers of that street: timeless awe before death. Metaphorically speaking, those philosophical questions led to another place via a street coming from Kerameikos as well: the Academy of Plato.

Perhaps it is no coincidence that Pericles, the famous politician, had chosen Kerameikos to give his funeral speech in honor of the fallen soldiers during the war against the Spartans. It was there among ancestors’ graves where Pericles addressed his words to the solemn Athenians, and it was exactly there where he was buried three years later.

The Grave Way (Οδός των Τάφων) was a gallery of famed and commoners’ tombs. No excessive display of wealth was permitted, for it was against the ideal of democracy to provoke common sense. Each time I visit and observe the gravestone of the 20-year-old hoplite Dexileos, who died in battle against the Spartans, I imagine his agony as he waits patiently for a dead comrade to come to light and stand beside him, just as they would have done in their last fatal battle.

From the prehistoric period through antiquity, and ending in Roman times, Kerameikos had been a place of uninterrupted dialogue between mortals and the unknown. Excavations and research have been continuous since 1913; and archaeologists still have many secrets to discover.