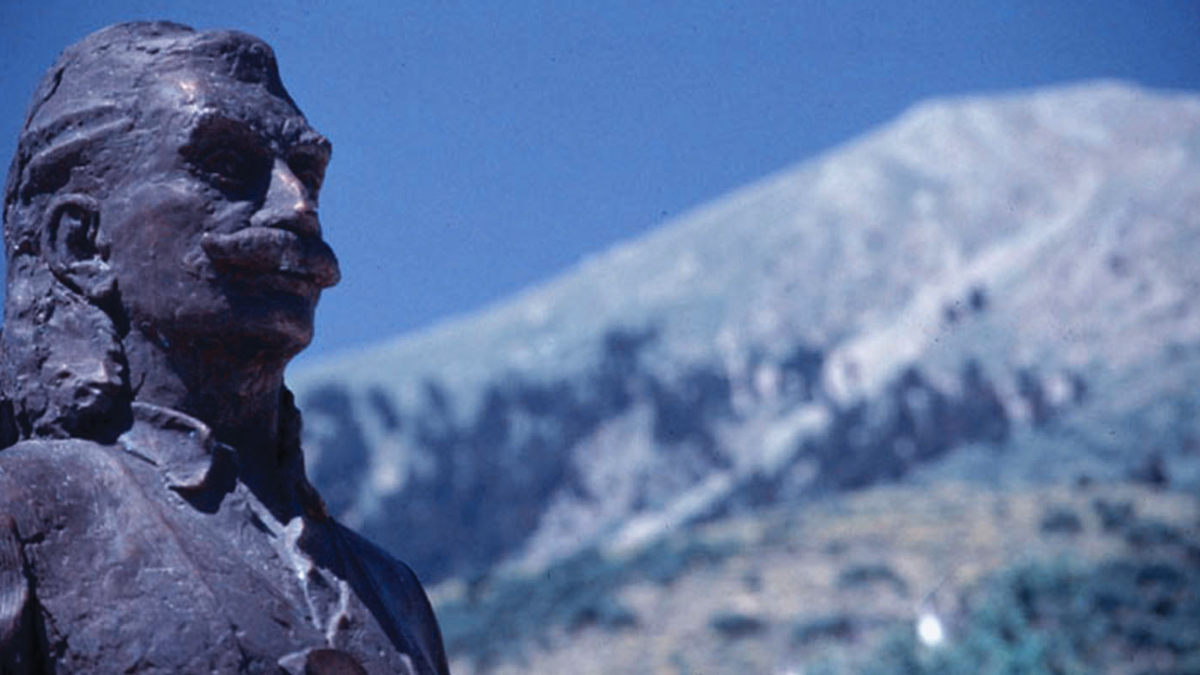 Champions of the War of Independence: Antonis Katsantonis & Markos Botsaris

The Greek War of Independence (1821-1830) produced a considerable number of both historic moments and heroic men and women fighting against the tyranny of the Ottoman Turks.

Many revolutionary attempts were made after the fall of in Constantinople (1453). Bands of rebel outlaws (klephtes) hiding in the mountains posed regular challenge to Ottoman authorities. Antonis “Katsantonis” Makriyiannis (1775-1808), son of Yannis Makriyannis, was among the most noteworthy klephtes. Well known in Central Greece, he was especially famous throughout the Evrytania Prefecture, his birthplace, and through the Agrafa Mountains.

Young Katsantonis was a shepherd but a crucial moment in his early life led him to be one of the most well-known outlaws of the pre-revolution years; an Ottoman officer beat and insulted Katsantonis accusing him of stealing animals. The insult was heavy; he took his revenge by killing the officer and then fled through the mountains (the word kaçak in his surname means “fugitive” in Turkish).

During the years 1803-1808, Katsantonis inflicted heavy casualties on the Ottoman army leading one of the most feared bands of rebels against the occupation. His life was full of war, fire, love, patriotism and acts of prowess. Within a few years he managed to unite several bands of klephtes under his command. However, his fate was cruel. In the summer of 1809, Katsantonis, sick and hiding in a cave, was captured by Ottoman forces patrolling the area. His end was inhuman; Katsantonis was executed in a public view by having his bones crushed with a hammer.

Another undeniable hero of the Greek War of Independence was Markos Botsaris (1788-1823). He was leader of the Souliotes, an autonomous Greek tribe in Epirus with a great history of resistance and bravery against Ottoman rule. His father Kitsos Botsaris had been murdered by the Turks in 1809. At the outbreak of the Greek Revolution, Botsaris led his Souliotes partisans against the Ottoman Empire and distinguished himself by his strategic insight, courage and administrative skills. His military support was priceless especially during the siege of Messolonghi in Western Greece where the besieged Greeks wrote pages of heroism.

Unfortunately, he didn’t live to see his motherland stand free again. On August 21, 1823, Markos led an ambush attack of 350 Souliotes on Karpenisi village against a Turkish-Albanian army of around 3000 men. The ambush was successful but Botsaris was shot in the head and died few hours later. His body was buried with honors of a hero in Messolonghi.

Countless poems and folk songs were written for both Katsantonis and Botsaris lives and deaths. Many enslaved Greeks and Philhellenes were inspired by their heroic feats during the War of Independence and after the liberation of Greece. In the heart of common people, these men were always a guiding light for their struggle against tyranny. Nowadays their flame still burns in Greek literature and historical memory.