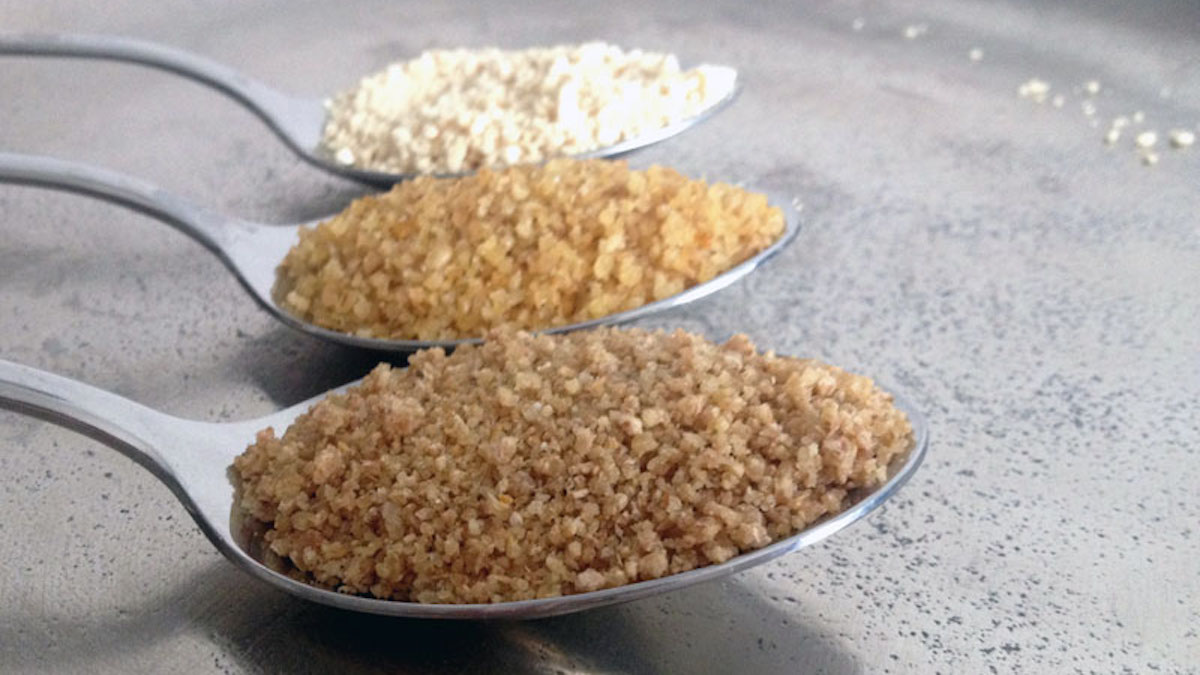 The unique foods of Greece and their health benefits:
Trahana – cracked wheat fermented in milk

Since ancient times, the Greeks had realized how precious the gifts of Mother Nature were. The Mediterranean climate along with the geological formations of the country created a fertile ground where an abundance of wild herbs and plants could grow. About 1800 endemic species that grow on Greek soil have certified medicinal properties. Over the years, the Greeks have come to discover the properties of these special herbs and foods… This month we bring to the plate warm and comforting Trahana!

The “Unique Foods of Greece” series has presented foods of historical, cultural and nutritional value which are part of the culinary identity of the country. There are dishes which have been altered throughout the years while others bear the same preparation methods that were used decades ago.

Such a dish is trahanas; cracked wheat, soaked in fermented unpasteurized sheep or goat milk and then dried in the sun. Depending on the type of the milk, trahanas comes in two types, sweet and sour. The sweet type is made with goat’s milk while the sour is made with yogurt or buttermilk.

Trahanas is made during the hot summer months, when the high temperature causes the milk to ferment easier and the grain to dry faster. In Crete, trahanas is known as xinohontros, as a coarse type of wheat is used.

Apicius, the Roman recipe collector was the first to refer to this dried pasta, which he named tractae. In Greece, trahanas is said to derive from the word “tragos” (billy-goat). Decades ago, shepherds used to vastly consume trahanas, as it was a quick dish to make using only water or milk. It is one of the first fast-food dishes!

Trahana is a mixture of wheat and milk; it is a quick and healthy dish made with pure ingredients. It contains a high nutritional value as it is rich in carbohydrates, protein and B-glucan fiber which provide energy, increase satiety and help maintain low cholesterol levels. Sour milk also contains lactobacilli which boost digestion and intestinal health.

No wonder why Hippocrates used to consider trahana a superfood which he prescribed for various health conditions!

Trahana is both the name of the dried grain and the traditional, Greek trahana soup. To make the soup and benefit from its nutrients, you only need to boil trahana in water or chicken broth. Moreover, trahana ideally replaces rice, which means that it can be used as a filling in stuffed vegetables (gemista), dolma or pies.

Did you know that trahana could make the perfect breakfast bowl to keep you through the day? Try making a Greek-style porridge using trahana and add bananas and honey on top!

As it is low in calories, 100 calories per 3.5 oz. you can experiment by adding it in recipes instead of rice or pasta.

Fermented foods have been widely known to offer a variety of health benefits by boosting the immune system, digestion and helping maintain a healthy weight.

Research conducted by the Laboratory of Dairy Research, Department of Food Science and Technology, Agricultural University of Athens, evaluated the nutritional properties of trahana and concluded that “Trahanas’ in Cyprus and Greece and ‘Tarhana’ in Turkey are two of the oldest traditional fermented milk/cereal foods and very nutritive foods due to the nutritional properties of wheat and milk/yoghurt.”