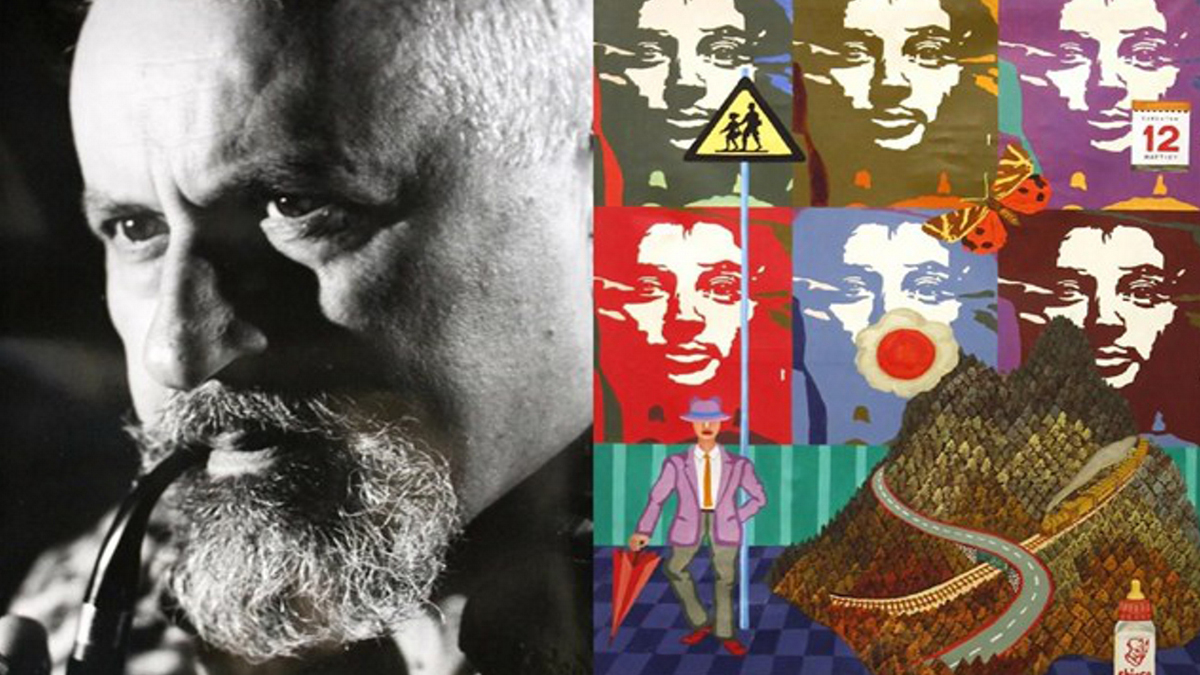 The life and works of George Ioannou

With his distinct personal style George Ioannou depicted landscapes, still life and human figures in concert with the doctrines of Impressionism. In later years, he approached Pop Art culture using comics’ technique, and turned to satirical depiction of social and political reality through creations of surrealistic and symbolic allusions.

George Ioannou was born in 1926 in Athens, Greece and was the leading representative and pioneer of the Pop Art movement in Greece. He studied painting in Athens, guided by mentors like Kostas Eliades and Theodore Drosos. He would continue his studies at the Julian Academy and the Ateliers Peinture-Dessin of Claude Schurr and Mac’ Avoy in Paris. His later travels to the cultural and artistic centers of Europe were the stimulus to create his personal style.

The first individual presentation of Ioannou’s works took place, 1959, in Zygos Gallery, in Athens. This was followed by 23 solo exhibitions in galleries in Athens and abroad such as the Fine Arts Museum of Ostend, the Isy Brachot gallery in Brussels and the Pagani Gallery in Milan, among others. He participated in the Venice Biennale in 1970 and in 1982 at the Europalia Festival in Brussels.

An avid representative of art in any form, not only did he engage in painting but in engraving as well. In 1982, his art book “Album 1940-1974” was published including a hundred monotypes which presented troubled historic periods of Greece, the Greco-Italian War, the Resistance Movement, The Civil War and the Dictatorship of 1967-1974.

In 2002, Ioannou’s book “Athens through postcards from the past” (I. Sideris Publications) was published, containing a part of his collection of postcards. His dedication to the arts led him to compose a plethora of essays that were published in array of newspapers and magazines throughout the years. In 2012 he was awarded an Honorary Lifetime Achievements Award.

George Ioannou passed away on February 14, 2017, leaving behind a legacy of 50 years of artistic expression.

Learn more about his work: