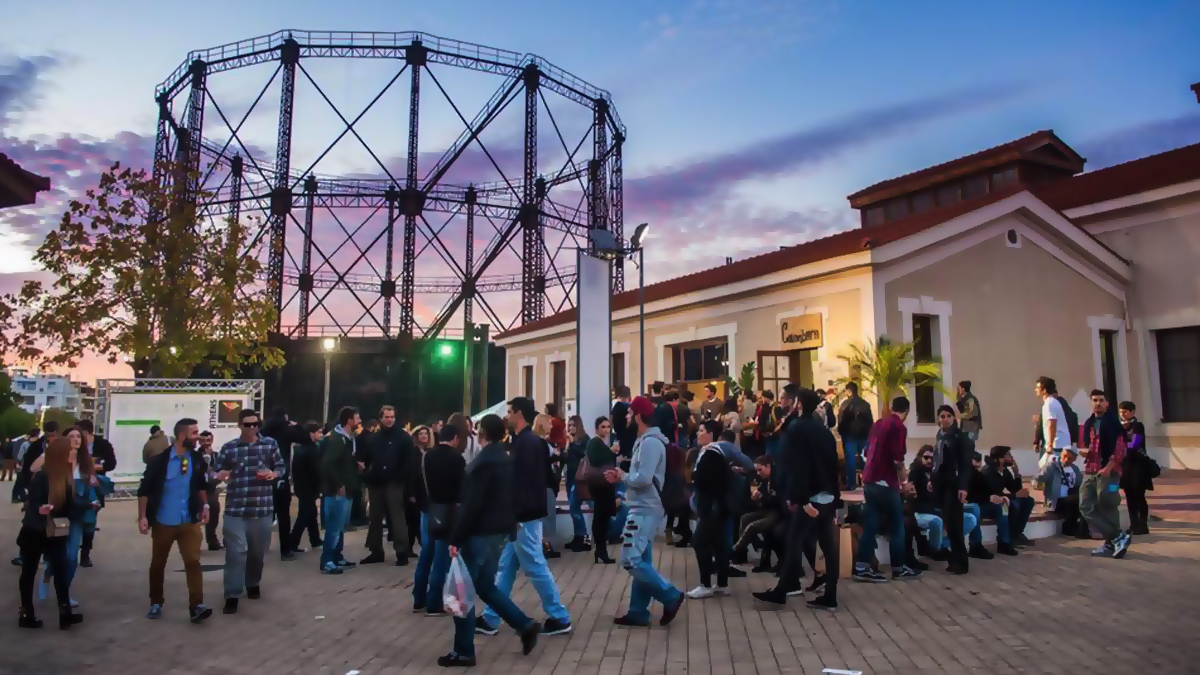 Gazi was named after its neighboring gas installations, which started operating in Athens in 1857. François Théophile Feraldi, a French businessman, undertook the work of lighting in Athens with gas.

Today, Technopolis-Gazi (is a lively area, with one of the most popular night scenes in Athens. Even after the factory closure, “Technopolis” is an epicenter of Athens and Gazi still produces light, the light of civilization.

“Technopolis” is one of the capital’s most recognized cultural sites. It all started in 1986, when Melina Mercouri, then Minister of Cultural Affairs, added the factory buildings to the city’s “protected historical monuments” listing, leading to its transformation to a cultural center a year later. Since then, Technopolis has also hosted the municipal radio station of Athens (Athens 9.84).

In the beginning, the area was purely industrial area. Over the next 100 years, many changes would result, including in 1952 when the Athens Municipal Gasworks Company was established there. In the late 1960s, the area changed again, with the appearance of many garages and car part shops. The actually gas furnaces would be turned off in 1984. By 1999, art exhibitions began in the plant facilities and by 2013, the official Industry Gas Museum was opened.

Shortly after Technopolis started hosting the first cultural events, the area began to experience an unprecedented rise. Old houses were demolished to give their place to luxurious industrial-style apartment buildings, in the style of the old factories that once stood in the area.

For more than 20 years now, Gazi has been the ultimate destination for entertainment, especially for the younger generations –especially for teenagers: Everything from dancing, bars, clubs, and coffee. Nightly, you’ll find young people in the local square.

The development of the area started with the opening of a number of nightclubs (the so called “bouzoukia”) on Iera Odos Avenue. The Athens’ gay community has overwhelmingly pioneered in this change creating quite a few hotspots.
But the biggest change in the area however, came with the opening of the Kerameikos metro station at the heart of Gazi Square, which gave a tremendous boost to the area’s growth.

Just a short distance from the metro station you can find practically anything in terms of dining. From luxury to hush houses, ethnic i.e. Mexican and Indian restaurants, vegetarian restaurants, places where you can enjoy the famous “greek souvlaki”, modern taverns, even restaurants for fish, such as the reknowned “Ψ…ART”). You’ll also find taverns specializing in service of “tsipouro” and “rakomelo” (these places are called “tsipouradika” and “rakomeladika”), accompanied with delicacies, music halls and “bouzoukia” (where you can listen to live music).

Gazi has an eclectic variety of theaters, exhibitions, cultural centers, concert venues and gay bars. And when it comes to musical genres in the area’s bars and clubs it is no exaggeration to say that you can find everything: rock, mainstream music, Greek, and even jazz-funk music.