Politismos eMagazine | From quail hunting to the humble lupin bean: a guide to Laconian Cuisine
5596
post-template-default,single,single-post,postid-5596,single-format-standard,ajax_updown_fade,page_not_loaded,,large,shadow2 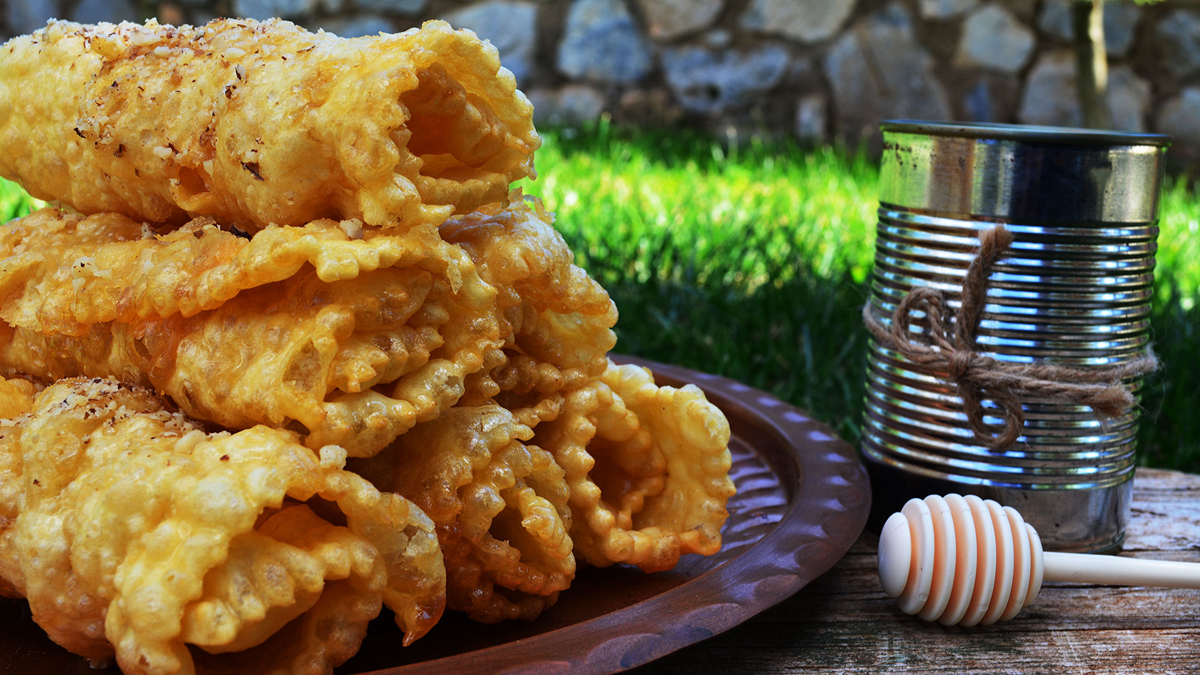 From quail hunting to the humble lupin bean:
a guide to Laconian Cuisine

Much like its counterpart—the Spartan cuisine we’ve recently explored here on Politismos— the Laconian cuisine is a corollary of the region’s geographical position.

The region of Laconia stretches in a fertile valley between two mountain ranges, protected from western rains by Mount Taygetus, with a softer and more temperate climate than that of Messenia. This is the main reason why orange farms outnumber olive, making Laconia one of the largest groves in Greece along with Argos and Arta. Each spring the plain is flooded with blossom fragrances and oranges are the star ingredient in almost every single local dish or delicacy. They cool salads and make fragrant pastries and pies while meats, like sausages and cured pork, get boiled in their juice. More citrus fruit like mandarins, lemons, and grapefruits are also produced in the fertile Evrotas meadows.

Of course, Laconia still produces virgin and extra virgin olive oil (from the varieties Koroneiki, Athinolià, and Koutsourelià) and well-known wine labels like Mandilaria, Rhodites, Agiorgitiko, Malagousia, or the PDO Malvasia. The area is rich in vegetables like, tomatoes, peppers, aubergines, and an indigenous kind of onion exclusively grown in Neapoli (aka Vatika)—this “vatikiotiko” onion is also on the list for a protected designation of origin (PDO) status approval.

Since the entire region of Mani is a famous resting point for quails on their migration trip to Africa, a special feature of Laconian culinary tradition is quail hunting. In fact, the quaint little village of Porto Kagio/Cayo (named by the French Port des Cailles, meaning “port of quails”) was famous for exporting thousands of birds per year in the 19th century.

Typical culinary practices include drying up wild greens to preserve for use in the summer months, canning tomatoes and tomato paste, making homemade pasta (sweet and sour trahanas, noodles, etc.) and prune preserves. Here are some more well-known local treats:

“Lupina” are a type of legume known since antiquity. After their harvest in July, they were spread out on threshing floors so that the fruit could be grinded out of the barks. Barks and sprouts would be kept for feeding the animals while the berry fruits were boiled in cauldrons set by the sea front and then placed in burlap sacks and emerged in seawater for 8-10 days—this took the bitterness away. Lupina were known as the “raisins” of Mani and they were very popular in fasting periods, while during WWII lupin flour was a major wheat alternative.

The almond-cookies of Monemvasia, very similar to the Italian “amaretti” are among Greece’s most famous.

Old-fashioned cream pie made with eggs, milk, flour and a little butter—much like the galaktoboureko but without the phyllo—sprinkled with powdered sugar.

A traditional wedding dessert in Mani, they’re considered symbolic of joy. They go way back in time and their origin-story is a bit lost, but it is said that even in harsh times when eggs were rare, the Maniatisses would still bake them using only water and flour.

Another contrivance of hardship and scarcity of ingredients, these pitas were made of flour, water, and olive oil. Nowadays they’re a quick, delightful comfort food that can satisfy both a savoury and a sweet craving. Feta or graviera cheese and/or syglino can be incorporated in the dough, they can be drizzled with honey or grape molasses, sprinkled with walnuts, or served in literally any combination one can think of.

While for many regions of Greece “paspalas” is the method used to preserve pork (or other) meat in pork fat, in Mani it is also a main dish: a slurry made of wheat flour, oil, and water. It was a quick and easy solution for the Maniatisses to wholeheartedly feed their big families. Paspalas is served hot and has a number of variations: onion-paspalas, made with thin slices of sautéed onion, skoto-paspalas made with finely chopped sautéed liver, pork-paspalas with sautéed pork chunks and last but not least, quail-paspalas!