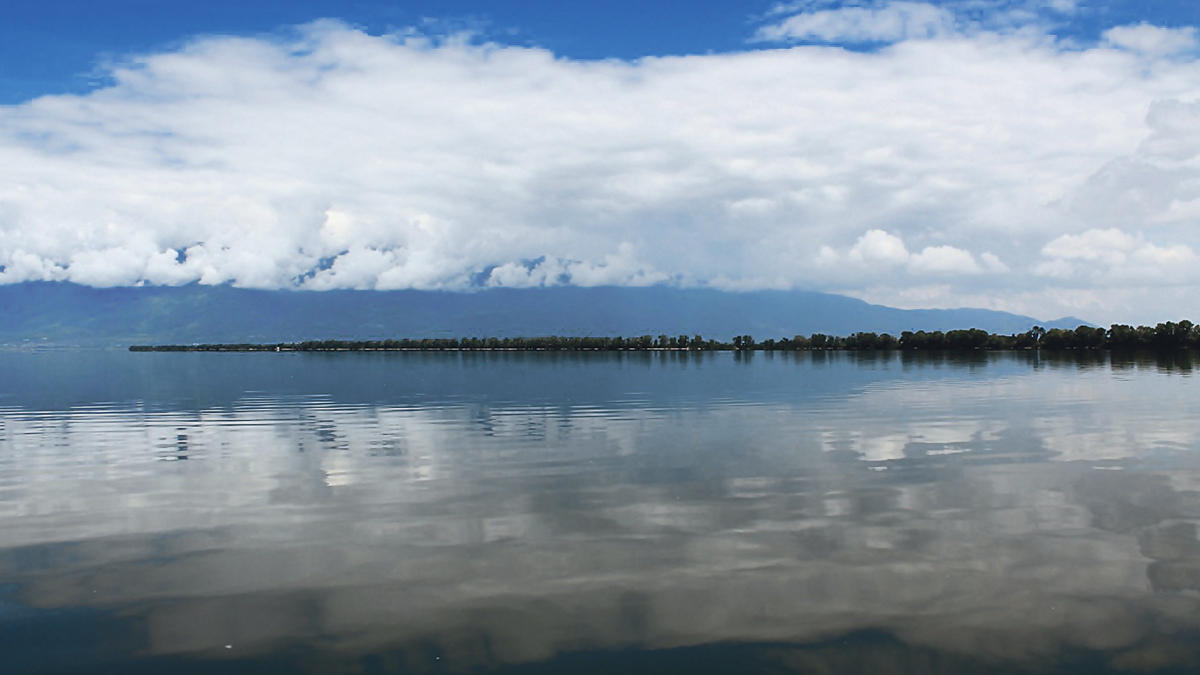 Fall, In Love with Greece

Season of mists and mellow fruitfulness,

Close bosom-friend of the maturing sun;

Conspiring with him how to load and bless

With fruit the vines that round the thatch-eaves run;

Most people identify Greece with golden, sandy beaches and the warm, salty breezes of the Aegean and the Ionian Sea ─exclusively associated to none other than the magical summer months. There are, however, (at least!) three more months that are worth considering when making travel plans to the land of the Olympian Gods: September, October and November, namely the Fall season.

September, the first month of Fall, denotes the transitional period from summer to autumn with an average temperature of 86°F and perpetual sunshine! It is the perfect season for sailing in the Aegean or Ionian seas since August’s northerly winds (also known as “meltemia”) have calmed down, or to the picturesque cosmopolitan islands of the Argosaronic Gulf, close to Athens. It is also the month of vine harvesting so what better time to visit some of the world’s best wine routes in Santorini, Crete, Attica and Corinth. Wineries welcome you to tour their premises while the grapes are being harvested, destemmed and crushed while many of them feature wine museums displaying viticulture and winemaking machinery and tools, and offer wine tasting sessions where their finest labels are always paired with some of the best local delicacies!

During October, the second month of autumn, temperatures fluctuate around 75°F and the first seasonal showers begin, so bring along a hoodie or two! The reds and golds of the forests will delight you, so hop on over to Evia or Pelion, where you can sunbathe on the beach mindlessly, for a couple of hours each morning, and venture lush mountain trails afterwards as well. It is also a great time to enjoy a romantic holiday at the fortress town of Monemvasia, or to visit the Venetian castles of Nafplion (aka “Palamidi”) and Nafpaktos.

If you’re a city lover, on the other hand, this is when you can get to enjoy Athens and Thessaloniki the way the locals do. Both the cities fall back into their authentic rhythms and lure you to explore sites, parks, and markets on foot, dip into fabulous museums and galleries, attend all sorts of cultural festivals, and take in as many plays and concerts as possible events at the Odeon of Herodes Atticus (aka the “Herodeon”, in Athens) are a must-see!

In November, the temperature drops to less than 68°F and rainfalls become more frequent. Don’t forget to pack a warm jacket and a compact umbrella! Landscapes begin looking ashen little by little but are still highlighted by yellow, orange, and golden hues. Trees take on a brown-reddish shade. Moody clouds play around the sun and tend to cluster periodically. Continental Greece becomes a true paradise: This is when you should plunge into the natural beauties of the prefecture of Kastoria and the impressive Lake Orestiada, the stunning National Park and Prespa Lakes in Florina, the breathtaking Lake Kerkini in Serres, the wondrous Vale of Tempe gorge between Mt. Olympus and Mt. Kissavos, where the Pineios River flows through on its way to the Aegean Sea, the Vikos Gorge and the striking stone-and-slate villages of Zagorohoria, or the marvelous Papigo, to name but a few places!

The “season of mists and mellow fruitfulness” in Greece is certainly not to be missed so if you can plan your time accordingly and set your snorkeling gear aside for a year, you’re not going to regret taking a chance at a later vacation season! And that’s a promise…

To make your travel plans, visit: