The Evzones are a special unit of the Greek Army. For over a century, they have been the most recognizable symbol of the Greek Presidential Guard. 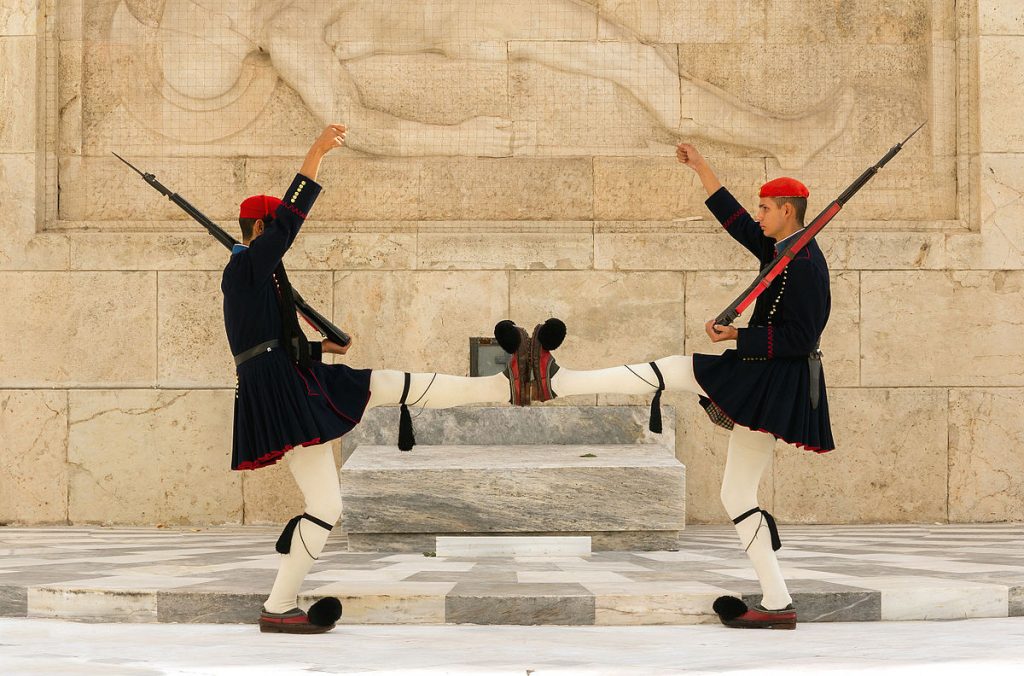 The image of the Evzone is deeply significant to the Greek people. They stand as a symbol of national pride, as well as triumph over great tribulations. Hundreds of thousands of people have come from around the world to watch as Evzones stand guard at the Tomb of the Unknown Soldier in Syntagma Square.

The word evzonas (Greek: εύζωνας) means “well-girt” and was first mentioned in Homer’s Iliad to describe the well-made armor of the warriors during the Trojan War. Today, the word is used to describe the light infantry units of the Greek Army.

The costume also connects Greeks to the War of Independence against the Ottoman Turks (1821-1830). The characteristic costume of the Evzones is derived directly from the uniform of the Klephts, the legendary guerillas of the Greek Revolution.

The Evzone uniform worn today took its final form in 1868 and is comprised of: 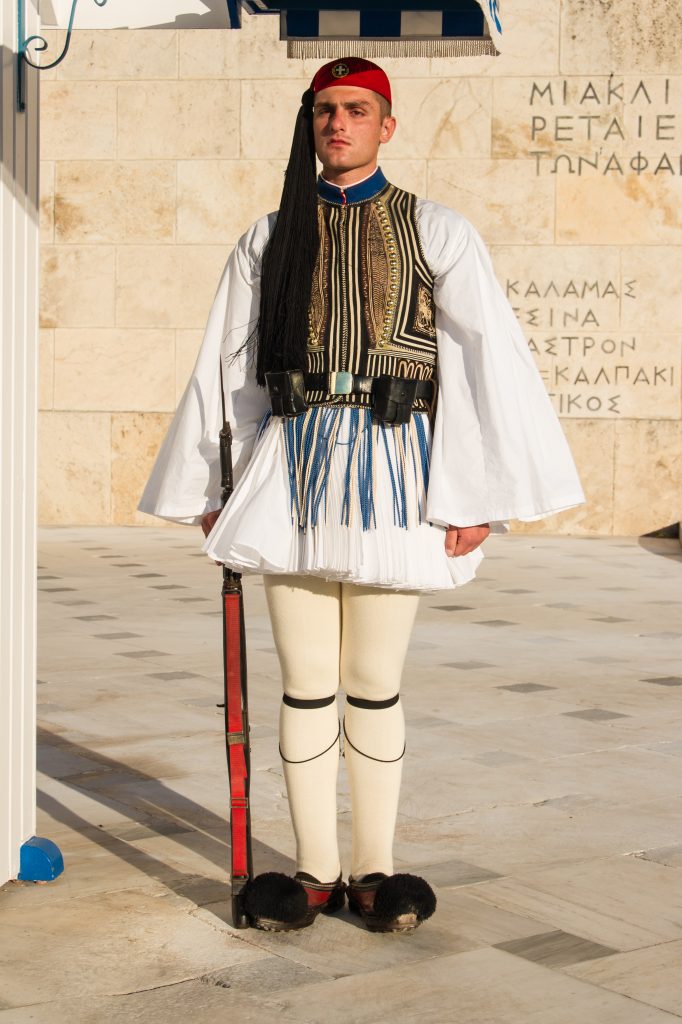 The image of the Evzone threads together a past and the present. It is emblematic of Modern Greece, its trials, tribulations, and rich history.