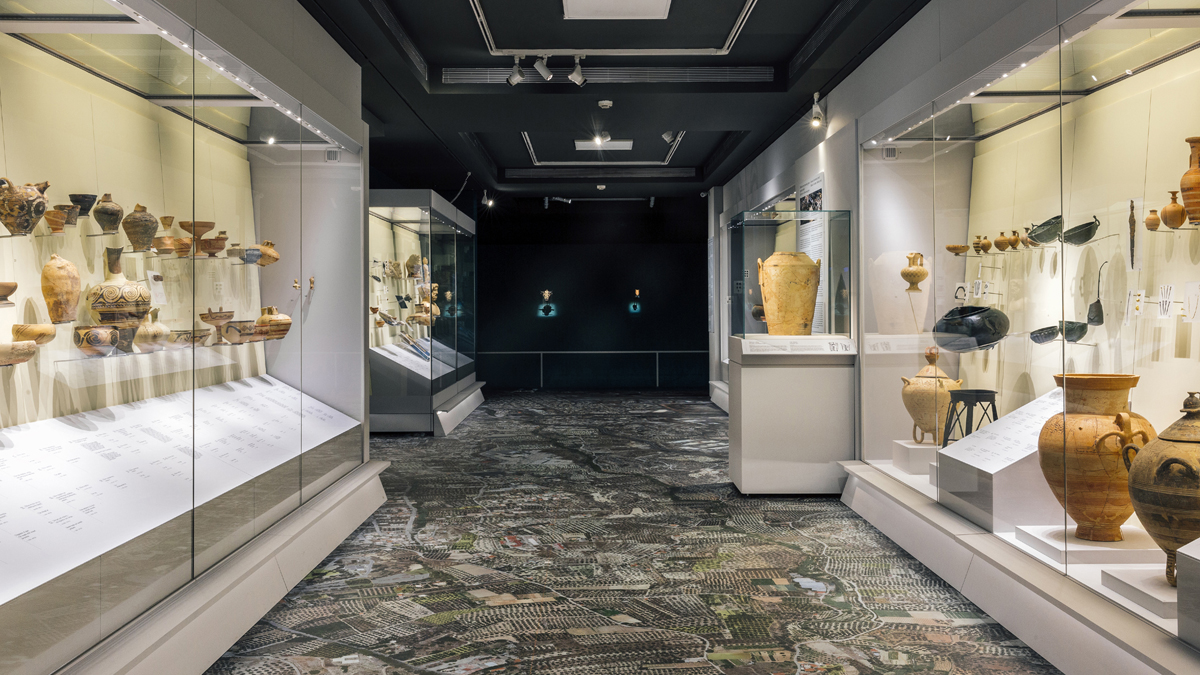 Emerging Cities at the Museum of Cycladic Art

Τhree ancient cities of Crete will be reborn at the Museum of Cycladic Art in an unique exhibition, – “Crete. Emerging Cities: Aptera, Eleutherna, Knossos. Three Ancient Cities Come Alive”. The exhibit will be enhanced by rich visual aids and innovative technologies.

Apart from their close geographical proximity, Aptera, Eleutherna and Knossos share a similar history of creation, decline, destruction and demise. Hundreds of ancient objects, guarded and preserved by the Archaeological Ephorates and Museums of Crete, will for the first time, be transported to Athens for exhibition.

The exhibit will include more than 500 objects (statues, figurines, inscriptions, vases, weapons, tools, jewelry, coins and other artwork) dating from the Neolithic (7th-6th millennium BC) to the Byzantine eras (8th century CE).

A unique part of the exhibit will be the projection of Google Earth images of Crete and the three cities onto the floor of the museum. This innovative use of technology was created by Arizos Zambikos-GR405 Architects and allows the visitor to take a virtual walking tour of the sites.

The exhibition ends with the projected image of the sea that surrounds Crete, where two bull heads emerge – one as Minoan art and the other by Picasso. This is a small teaser of the work that will be on display in the next Museum of Cycladic Art exhibition entitled, “Picasso and Antiquity: Line and Clay”, which will open in June 2019. The exhibit will include antquities from Crete, Greece and the Mediterranean.

Petroulakis was the first to investigate portions of the city acropolis in 1898, followed by Payne who conducted a short excavation in 1929. A complete excavation of the city was done by the University of Crete in 1984.

Aptera, the city that dominates the Souda Bay, resembles Eleutherna. Its systematic excavation was requested in 1984 by the University of Crete. The Hellenic Ministry of Culture gave the excavation of Aptera to the Archaeological Service, which continues its work today.

For Knossos, the exhibition’s main purpose is to make the visitor understand that Knossos is not just the palace. Knossos was an entire city whose significance began long before the palace was buit. It was a large city with harbors and cemeteries where history stretches to the dawn of Christianity. For this reason, the exhibition contains just a few elements from the well-known palatial center.