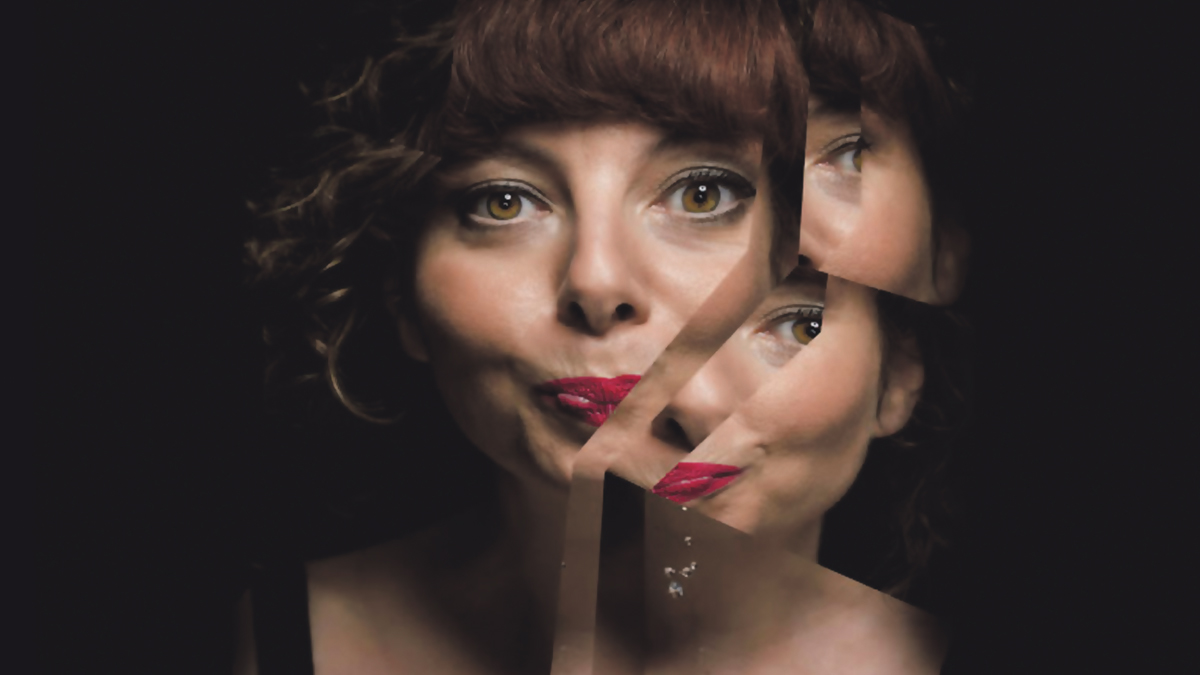 Elli Papakonstantinou has given artists, and activists, a platform from which to express themselves. her work, her art, is created not to provide answers in these politically charged times, but rather, to open expectations to endless possibilities…

Internationally acclaimed Elli Papakonstantinou is Co-Founder and Artistic Director of the ODC Ensemble. Born in Athens, she studied at the Greek National School of Arts and the Royal Holloway, University of London. After a number of years working in London, she returned to Greece where she co-founded the ODC Ensemble, and then Vyrsodepseio.

This weekend in Athens, the much anticipated Re-Volt will be on stage. The musical is an impressionistic journey through the sociopolitical problems of Athens today. The production was conceptualized and directed by Papakonstantinou.

We had an opportunity to speak with Papakonstantinou and learn more about how current affairs in Europe are being translated on her stage.

Tell us a bit about your recent project, “Re-Volt Athens”?

I conceived and directed this show for the ODC Ensemble with the intention to create a poetic performance on chaotic daily life of crisis-struck Athens. Re-volt Athens is an impressionistic journey through the sociopolitical problems of Athens today, in a crisis, which is pan-European.

My intention was to create a poetic mixture of genres and of tragedy and comedy and to reflect the contrast between Greece’s fame as an idyllic tourist destination and its fight for survival through increasing poverty among the population and hoards of refugees. The show is in English as it is created especially for a foreign audience that would dare to peep through the keyhole of catastrophe and hopefully reconsider stereotypical approaches and clichés about the Greek crisis.

Why did you choose to present this performance for only European audiences?

I believe that art can be a powerful means for a deeper understanding, if it is a lasting experience that touches the audience.

There is so much that has been written and said about the Greek crisis! The accumulation of information, figures and other data is awfully overwhelming but I very much doubt that people in Europe really understand how these numbers affect real people’s lives. In Re-volt Athens I try to draw the line between data and human factor and to create a real experience for the audience that can somehow convey a deeper understanding of the situation.

These days there are many different narratives and political agendas on the table regarding Greece and the Southern European crisis, or, the war in Syria and the flood of refugees towards Europe. I am only reminding my audience that there are more ways to think about the Greek crisis, connecting it with a much wider and deeper crisis of values and ideas in the Western culture. Figures and analytics is just indicative of what is really happening in real people s lives. These are actual events that affect real people.

Can you tell us about your theatre company, “ODC Ensemble”?

In 2002 I established ODC Ensemble (www.odcensemble.com).

It is a highly acclaimed company active in the field of contemporary and experimental art. We create hybrid art involving citizens/activists in non-theatrical spaces (thus intervening in wider public space).

Our works takes place inside and outside of buildings, where the audience moves following the action, thus questioning traditional frontal relationships with the audience. ODC Ensemble creates engaged art, out of the box, in unexpected spaces like a windowsill on Broadway (New York) or a residential building in Athens, or some industrial space, or so on. In March 2011, we procured our own space, “Vyrsodepseio” – it was the largest 19th century tannery in the Balkans. We transformed it into a multi-stage, versatile space for performing arts. The space is situated at the fringe of Athens, in a neglected post-industrial area. “Vyrsodepseio” is a member of International Networks Trans Europe Halles (TEH) and IETM and runs under the Auspices of the Greek Ministry of Culture.

Why did you choose experimental theatre?

I like the freedom of experimentation; it is for me a way to be creative to search for new forms, new ways of expression or even to revisit old forms. It is a synonym of freedom for me. In my work the context of my art defines how and with what means and with which collaborators I will experiment each time. It is an open process that sometimes produces unexpected results.

Art for me is a kind of false equation. I mean, I usually start working on a performance with a false equation in mind. For example, creating a narrative with no words (as in SKIN, Vyrsodepseio) or lighting only with natural light (as in Richard II, Vyrsodepseio) or staging Woyzeck as post bank concert (Woyzeck Quartet, Hellenic Festival). But for each one of these aesthetic choices there is always a political contextual reason.

You have lived and worked abroad for years. Why did you choose to come back to Greece?

I missed my language and I’ve realized that I’ve also missed my roots, my maternal language, the sun… But, I returned because of the crisis- I wanted to fight though art and activism for a better future. I guess I love my country very much. I also believe that it is more fun to play with fire than to watch it from a safe distance. The crisis opened up new potentials, new possibilities to think about art, its content, for whom and creative processes. Crisis is the optimum condition for me to redefine myself as an artist.

In your opinion, how has the economic crisis affect art in Greece?

Economic crisis had a great impact on cultural sector in Greece. Of course, it’s been devastating as far as infrastructures and subsidy system is concerned. There is more than a phenomenal 90% unemployment in theatre sector at this very moment resulting to poverty among artists. In the Art industry, subsidies stopped entirely (since 2011), heavy taxation was imposed on non-profit companies and artists, Institutionalized art took over, lobbing and monopolies.

However, at the same time Art became gradually absolutely essential for a bigger part of the population with an overwhelming rise in audiences and performances and an overall absolute booming in all art sectors, be it music, theatre or the visual arts. There is so much going on right now in Athens and some of this work is really great. On the whole Greek artists reconsidered the context and the aesthetics of their work and are more daring and extravert than before connecting with art structures around the world. Athens is definitely attracting many foreign artists and structures, like the Documenta that will take place in 2017 in Athens.

What is next for you and for ODC?

In May I am launching a new project called “Happiness Unlimited”, together with Danish artists. My inspiration came from a funny discovery: according to recent ratings, the Danes are the happiest people in the world and the Greeks are the unhappiest. So, I started wondering, could this be for real and if yes, why?

What is happiness today?

Is happiness a reality or just a construction?

Can happiness be a commodity?

It seems to me that in the phase of a serious economic and spiritual crisis, the idea of happiness is still something to fight for in 21st century. Greece has been the cradle of the democratic idea and the Scandinavian countries have applied and realized some of the most advanced social models in the world. So, how do Greek and Scandinavian people live their lives today and how do we reflect on the idea of happiness?

“Happiness Unlimited” is a multiple format performance-installation (workshops, performance salons and a pop-up travel agency) that will address this topic in a citizen participatory and multidisciplinary way. In May, we will launch the first performance salon in the city of Aarhus in Denmark.

I’m also working on a new opera based on the play “Antigone’s Trail” by Christina Ouzounides; this project will be presented in Athens and in three major cities in Sweden after the summer 2016. It is a Swedish-Greek co production and artistic collaboration with Swedish and Greek vocalists, performers and musicians.

My wish is to present “Re-volt Athens” in the U.S.A. In 2004, I spent several months in New York and in Princeton University at the Music and Advanced Media Department as a Fulbright Artist developing new media for performances. I’ve also conceived and directed the “Odyssey” at La.Ma.Ma theatre in New York. Both experiences have been very rewarding and had a great impact on my artistic work. I therefore, long for a new opportunity to present my artistic work in the U.S.A. and I hope that this opportunity will rise very soon.