Politismos eMagazine | Dodona: The Oracle of Sounds at the Acropolis Museum
6989
post-template-default,single,single-post,postid-6989,single-format-standard,ajax_updown_fade,page_not_loaded,,large,shadow2 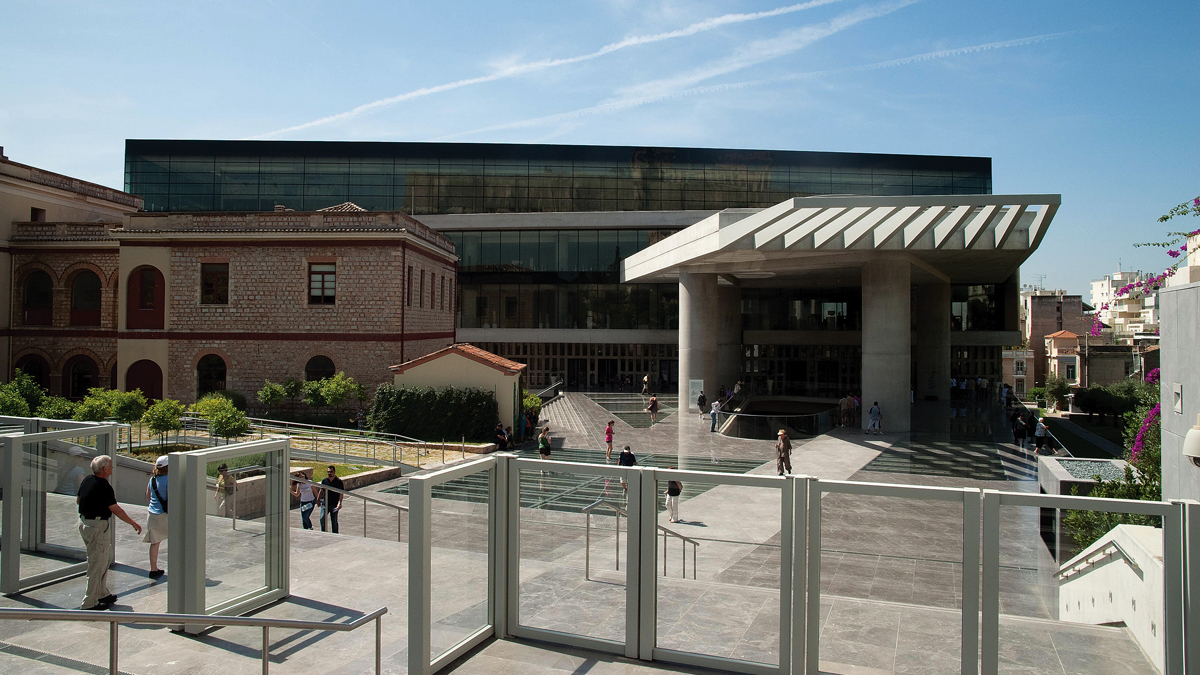 Dodona: The Oracle of Sounds at the Acropolis Museum

Northwestern Greece… in the heart of Epirus…. the ancient ruins of Dodona stand here, surrounded by mountains of breathtaking beauty; it is here where the oldest oracle of the ancient world was according to Homer.

The historian Herodotus referred to Dodona as dating back to the second millennium BCE. Legend says that two black pigeons were released from Thebes in Egypt; the first landed in Libya where the oracle of Ammon Zeus was established. The second flew away to Dodona and sat on an oak, the sacred tree of Zeus. The god’s sign was explicit…it was here the shrine would be erected and devoted to the Father of the Gods.

Archaeological evidence indicates worship practices in Dodona as early as the Mycenaean period (c. 1200s BCE) with first inscriptions dating to around c. 550 BCE. Initially, Dodona was a sanctuary dedicated to the Mother Goddess Gaia (Earth) associated with fertility. With time, primitive cults were gradually replaced by the cult of Zeus and his wife Dioni. Nevertheless, priests and priestesses followed the ancient traditions of walking barefoot and sleeping on the ground in order to be in direct contact with the soil of Gaia. It was common that new cults would “blend” in the old deities and rituals in their worship practices.

What distinguished the Dodona from others (like Delphi or the Necromanteion of Acheron) was the process oracles took to receive prophecy. Priests interpreted the god’s will by observing nature – the rustling of the leaves of the sacred oak tree and the flight of birds in it. The final divination would be based on the sounds produced by the wind that passed through bronze tripods that stood around an oak tree and on the water “whisper” of the adjacent ancient spring. It was a process derived from the archaic worship of Earth and Nature and evolved through the centuries to the more recent pagan cults of the classical years. The oracle of Dodona was justly called the oracle of sounds.

During the 4th century BCE, the cults of Aphrodite and Themis (goddess of Justice) were introduced, and new temples were erected in the area. The sacred grove around the oak tree hosted a great number of ceremonies in honor of the divine couple Zeus and Dioni and their daughter Aphrodite. Archaeologists have found a rich collection of offerings, including bronze tripods, weapons, jewelry and statuettes from all over the Greek world. The colonization conducted by Greek cities during the 8th century BCE around the Mediterranean basin (Epirus included) had rendered the Dodona oracle a Panhellenic gathering site.

The 3rd century BCE was the final thriving period of the sanctuary when the area burgeoned into a monumental architectural site. In the centuries that followed though, Dodona gradually declined; the Romans destroyed many of the temples and the sanctuary lost its glamour of the past. The “deathblow” for the site was the predominance of Christianity and prohibition of pagan activity decreed in 392 AD by the Emperor Theodosius.

The prophetic oak was cut down and Dodona sunk into oblivion…until 1875 when the sanctuary came to light after 1,500 years of abandonment. Today, the site is restored and fully excavated, rendering Dodona an attractive site for interested travelers.

Ancient Dodona is revived through a current exhibition in the Acropolis Museum of Athens called “Dodona, the Oracle of Sounds”. The 244 artifacts displayed in the Museum, from June 2016 through January 2017, recount the history of the site. The main objective of the exhibition is an in-depth analysis of the sanctuary’s function and role in the ancient world. Visitors will experience man’s long profound desire to predict the future by interpreting the past and present.

Τhe exhibition is structured in six sections: a) Mother Earth and the early cults, b) Zeus and other deities, c) the sacred oak tree and its prophetic use, d) lead inscriptions carrying questions addressed to the gods, e) the ceremonies of Dodona and, f) the relations between Athens and Dodona. The tour is comprised of digital and video content revealing the site’s evolution, a scientific catalogue of the artifacts and…local cuisine of Epirus served at the Museum’s restaurant. Visitors will receive a panoramic view of both the site and local tradition.