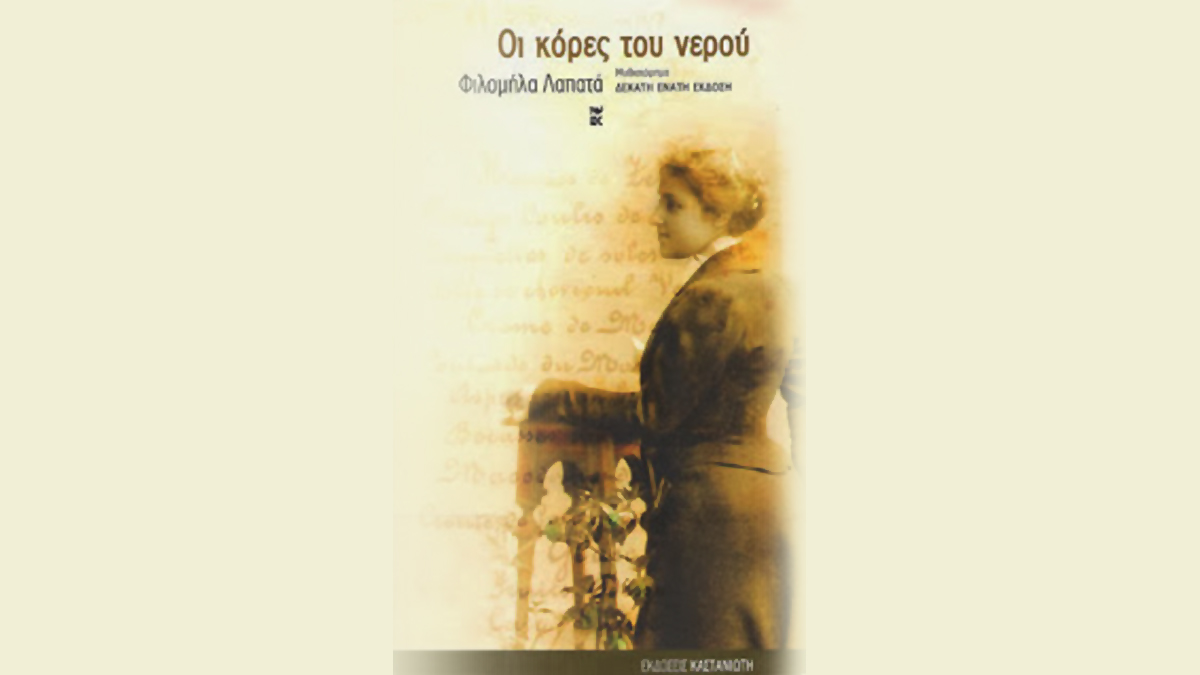 The novel “Daughters of Water” narrates the story of four women, all members of the same family – women with common roots but with very different personalities and lives. Aikaterini Chatzigianni (known in Braila as “the lady”) Natalia Patrikiou (nicknamed “the witch” for being surprisingly beautiful), Antonia Manolatou and Filomela Lapata. Having fiery temperaments, they all lived their lives with outbursts, passion and love. The lives of these fascinating characters were full of adventures and tragedies.

It is a novel that not only I read, but also then lent to all of my friends. Lapata impressively details the intricacies of the social-historical environment in which her story evolves, as well as the psychological transitions of her heroines – who sometimes experience metaphysical, almost surreal, dramatic situations.

Although Lapata admits that when she was a student she didn’t like the history classes, she has later realized that anyone who does not know his past does not have a future or a present. Thus, she does exhaustive historical research before writing every novel.

Published in 2002 by Kastanioti Publications, “The Daughters of Water” was Filomela Lapata’s first novel. It was followed by “Lacryma Christi: The Tear of Christ” in 2004 and “In the Name of the Mother” in 2005. In the 15 years, she has written eight books – all worth the read!