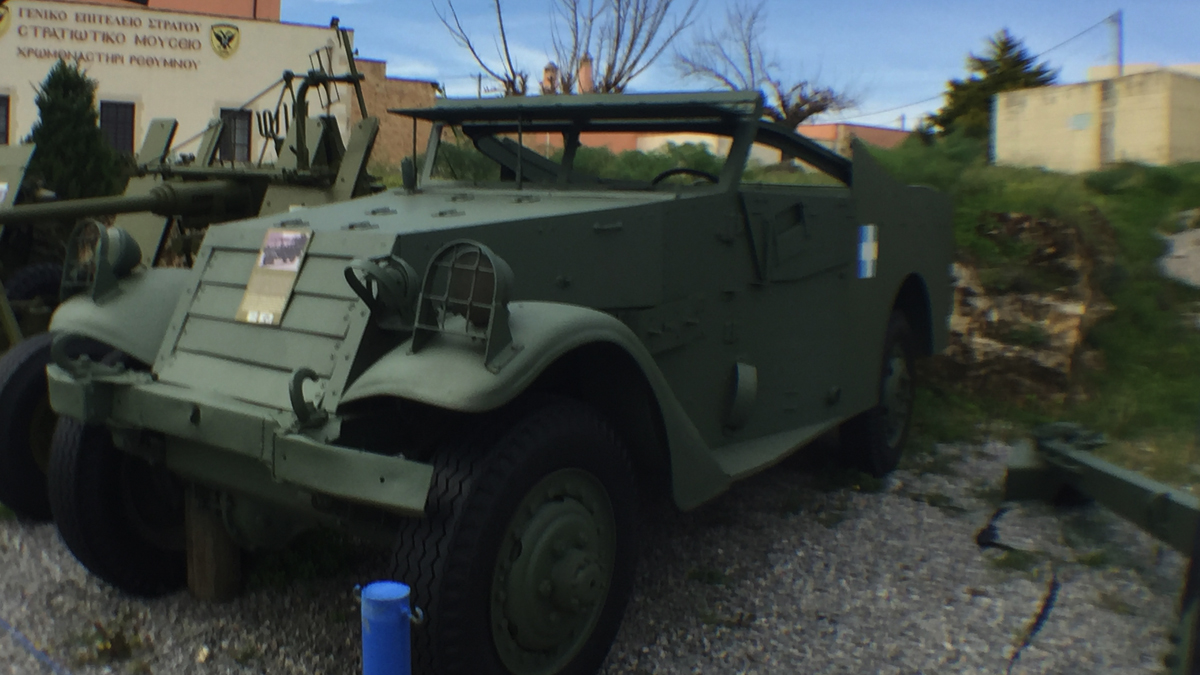 The Chromonastiri Military Museum can be found on the southern tip of Chromonastiri village, on the northern rim of Mount Vrysinas. From a historical viewpoint, Chromonastiri is one of the most remarkable historic villages of Crete as the history of the region goes back to the Middle-Minoan period (20th16th century B.C.).

The Museum is housed in a building constructed in the early 17th century after a Venetian architectural style that used to be the beach house of an aristocratic family named Claudio. Even today, Villa “Clodio” maintains all the architectural characteristics of the Venetian and Ottoman period. Αfter Crete was conquered by the Ottomans in 1646, the villa became the residence of a Turkish “Aga” and was renamed “Konaki” (manor house in Turkish). The descendants of the Turkish Aga occupied the villa until 1898, when the Ottomans officially retreated from the island.

Almost a century later, in 1985, Alcibiades Kotsampasis gifted the mansion to the municipality of Chromonastiri. In 1997, near collapse from decay, the mansion was given to the Hellenic Army with the intent to be restored and reopened as a Greek military history museum. At that time, General Mr. Manousos Paragioudakis was the chief of the Hellenic Army and oversaw the reconstruction, which spanned five years. The Museum was officially inaugurated on May 21, 2010 with General Paragioudakis and Frangos Frangoulis, General of Hellenic Army staff at the helm.

The Museum has one of the finest collections of Greek military history memorabilia, as well as an incredibly knowledgeable staff available for guided tours. The museum exhibits a wide range of military uniforms, armaments and war medals, from the Venetian era to present day. During your visit at this exceptional museum, you can see:

The Museum’s library and the reading room are ideal for those doing a bit of research! The Military Museum also hosts a multitude of events such as concerts, plays, book presentations and lectures of general interest, as well as painting exhibitions.