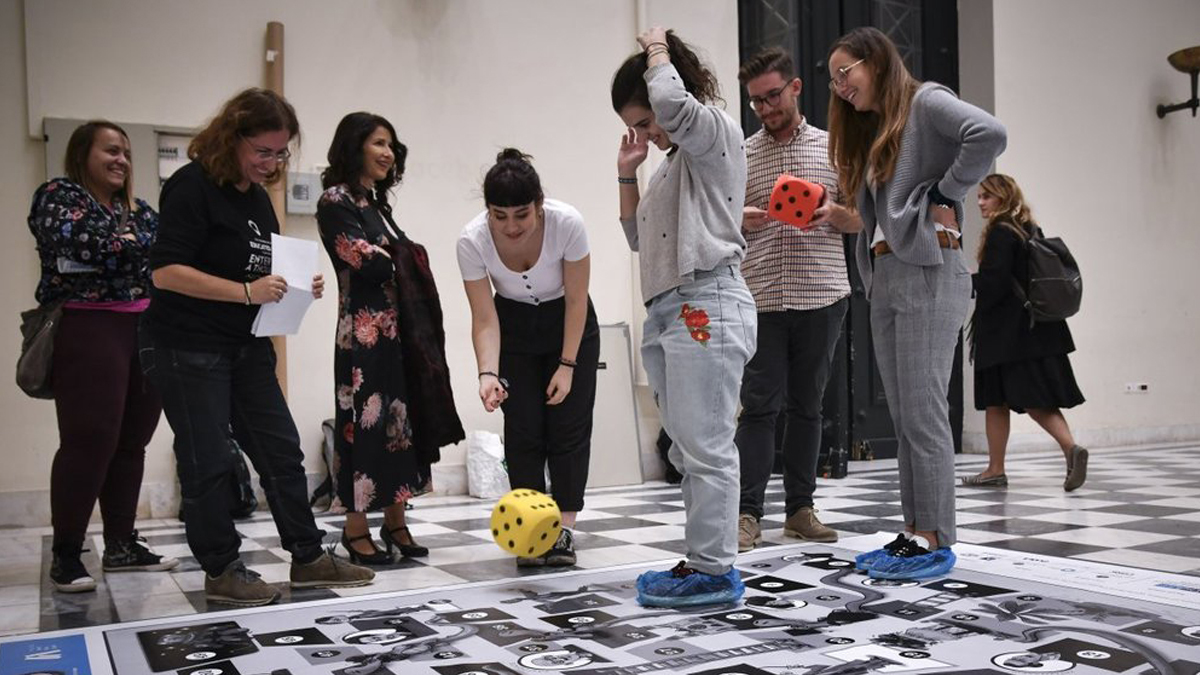 The European Commission announced Athens as the 2018 European Capital of Innovation (iCapital), along with a €1 million prize. Led by Mayor Georgios Kaminis, the City of Athens implemented an innovation strategy that delivered more results with fewer means, by engaging citizens and the private sector in broad alliances.

The European Commission announced Athens as the 2018 European Capital of Innovation (iCapital), along with a €1 million prize. Cities considered for this prestigious award are judged on how they implement innovative solutions that address societal challenges. Led by Mayor Georgios Kaminis, the City of Athens implemented an innovation strategy that delivered more results with fewer means, by engaging citizens and the private sector in broad alliances. Many of the initiatives highlighted in consideration of this award were coordinated by the Athens Partnership, with lead support by the Stavros Niarchos Foundation.

“Athens won the European Innovation Capital 2018 award for its innovative way of engaging citizens and mobilizing resources to deal with the economic crisis. Public-private partnerships made a great contribution to this success – they produced great results in terms of upgrading schools and educational outcomes, building up digital capabilities and improving services to refugees and other vulnerable groups,” said Director of the Athens Partnership, Alexandros Kambouroglou.

“This award is a tremendous recognition of our city’s resilience and work to find creative solutions that address our biggest challenges,” said Athens Mayor Giorgos Kaminis. “We have overcome many obstacles by coming together as citizens, universities, private institutions, non-governmental organizations, municipal agencies and other partners committed to making Athens stronger. Our new digital strategy, which has increased the municipality’s ability to serve residents, and programs such as Athens Open Schools, which provide beacons for community members to learn and connect, are just a couple examples of how we are innovating and strengthening through collaboration.”

Athens was among 26 competing cities for the prestigious award, and in a final phase of 6 finalists, which included Aarhus, Denmark; Hamburg, Germany; Leuven, Belgium; Toulouse, France; and Umeå, Sweden. Cities that were shortlisted are those that manage to build open and dynamic innovation ecosystems, involve citizens in governance and decision-making and improve resilience and sustainability. The Athens Partnership, which works closely with the Municipality to pilot innovative public initiatives with cross-sector support, facilitated numerous programs in the City of Athens’ candidacy, including:

Athens Digital Lab promotes digital innovation in municipal government to better serve residents. Launched with an exclusive grant from the Stavros Niarchos Foundation and the support of telecommunications companies, Cosmote and Nokia, the Lab is developing city solutions with technological applications. In its first round, six startups were selected out of more than 110 applications, developing 4 prototype apps, which are currently being piloted across the City of Athens.

Athens Digital Council provides strategic guidance to the City on the use of digital technology to improve government and services to Athenians. The Council is composed of leaders representing the largest digital, telecommunications, research and development and software solution companies in Greece, as well as distinguished professors from leading Greek universities, including Google, Accenture Nokia, and Microsoft among others. Since June 2017, Council members have supported a number of civic projects including the Smart Triangle project.

Athens Open Schools was designed to convert school buildings, after dismissal, on holidays and on weekends, into vibrant community centers. This covered the need for personal development opportunities, as well as providing safe, open public spaces in many neighborhoods. The program offers a variety of free, targeted activities and workshops for all ages. 27,000 Athenians took part in 470 different free educational and recreational activities in 25 Open Schools across Athens.

Designed for Better Learning & Maker Space, a program created with the expertise of the Technical University of Crete’s Transformable Intelligent Environments Laboratory, it transformed the environment and educational experience in 24 public schools (5% of schools stock in Athens), from preschool to high school. The City of Athens’ Maker Space, the first municipal maker space in Greece, is a laboratory that provides schools with access to the latest technology and equipment such as laser cutters and 3D printers, giving students and teachers the opportunity to create their own educational tools. Already 1160 children and 168 teachers have been trained in applied digital technologies that can help transform their educational environment.

Athens Coordination Center for Migrant and Refugee issues was developed to bring together the major entities serving refugees. Within just a few months of launching, the new Center included the largest national and international organizations, sharing data and resources to strategically address immediate and future needs of refugees as well as inform policy and spending. 90 international and Greek agencies, with 370 delegates, and 12 Municipalities in Greece, are now coordinating to tackle challenges related to refugee and migrant integration.

Athens World Book Capital 2018 program, a partnership with UNESCO, to make books accessible to the city’s entire population, including migrants and refugees. The program includes meetings with writers, translators and illustrators, concerts, thematic exhibitions, poetry readings and workshops for publishing professionals. Already over 150 events have been realized, including inspirational hubs in the form of round tables, open discussions and creative dialogues and with the presence of distinguished writers.

Athens Tourism Partnership & Athens Greeters, a new alliance between the City of Athens, Aegean Airlines and Athens International Airport, with support from The Hellenic Initiative, developed to promote Athens as a modern, welcoming, year-round destination. A multi-media campaign targeting European audiences was complemented by volunteer enthusiasm through a new Athens Greeters corps whose members personally welcomed and shared their knowledge of the city with thousands of visitors. The efforts of the Tourism Partnership were contributing factors to an impressive 10% year-on-year rise in overall Athens visitation numbers in 2017.

The Athens Partnership, championed by Mayor Kaminis, was created with strategic guidance from Bloomberg Associates, a pro bono city consulting service offered by Bloomberg Philanthropies, to be a catalyst for innovative public programs. It was designed to intersect between city government and the private sector, leveraging the strengths of both. Project partners include academia, nonprofit organizations, civil society, and private supporters, including over 20 leading foundations and corporations.

“The Stavros Niarchos Foundation is proud to be a strong ally of the Municipality of Athens’ innovative initiatives, which are recognized by this award,” said Panos Papoulias, Deputy Director of Programs & Strategic Initiatives at the Stavros Niarchos Foundation. “Our donation of €10 million to the City of Athens supported ground-breaking projects in collaboration with the Athens Partnership, such as Open Schools, the Revitalization of the Commercial Triangle program, and the city’s first Digital Lab. These initiatives are improving and enhancing the quality of life of Athenians and the emergence of a city that promotes innovation and creativity. The iCapital distinction is a great validation of our partnership and it is shining a brighter international light on Athens and Greece for all the right reasons.”

“Under the leadership of Mayor Kaminis, the City has worked hard to engage citizens and the private sector to help tackle its toughest challenges,” said Athens Partnership Executive Director Alexandros Kambouroglou. “The Athens Partnership is honored to collaborate with the City and help marshal cross-sector forces to benefit Athenians. We are grateful to the Stavros Niarchos Foundation and all of our partners, which are investing in innovative and meaningful initiatives that advance our city. The iCapital recognition is a great testament to the Mayor’s vision, our city’s resilience, and power of collaboration.”