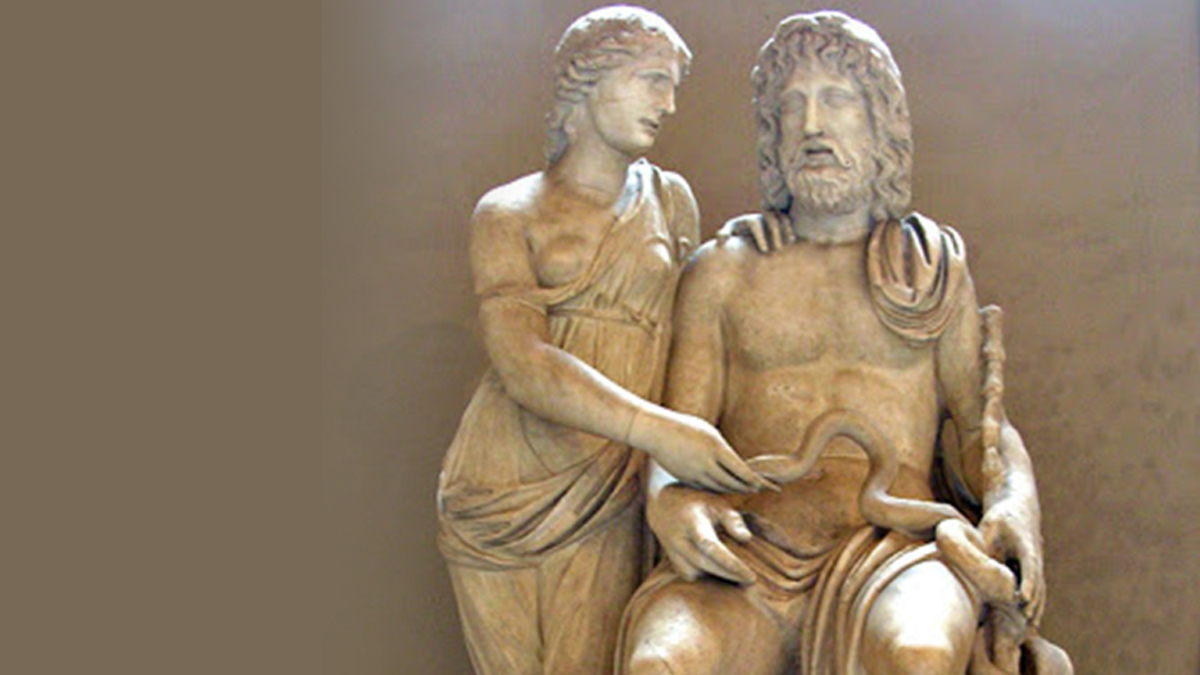 All over the ancient Greek world there were shrines and temples dedicated to Asclepius and his daughter Hygieia, the personification of health.

In the mythological world Apollo (the god of light, music, divination and healing) had a son called Asclepius. His mother was the mortal princess Coronis. Asclepius had a natural charisma regarding the natural world and therefore his father taught him the art of medicine and healing from a very young age.

According to another myth, centaur Chiron (a mythological creature half man half horse) was the man who imparted all the secrets of medicine to Asclepius. As an adult the son of Apollo dedicated his life to healing and discovering new medicine for the mortals.

Asclepius soon transcended both Apollo and Chiron as a therapist and he started to obtain divine powers such as bringing dead people back from the Underworld. That caused the wrath of Zeus who wanted to maintain the population equilibrium and ban the act of resurrection for the mortal beings. Eventually, Asclepius fell dead by Zeus’ thunder although soon, under the pressure of Apollo, the father of the gods resurrected Asclepius as an immortal man among the gods of Olympus.

All over the ancient Greek world there were plenty of shrines and temples dedicated to Asclepius and his daughter Hygieia (the personification of health). Hygieia was not a healer goddess but mostly a “prevention of sickness” deity.

According to the ancient sources and the archaeological evidence the most well-known shrines were at Trikala, Epidaurus, Kos, Athens and Pergamum.

In ancient Greek Art, Asclepius is depicted as a strong man with long hair, rich beard and the sacred snake (a serpent with magical and healing powers) always around his arm or his walking stick. His daughter Hygieia is often by his side with her young face and her hair in a bun. Both of them ready to offer their services to humanity.