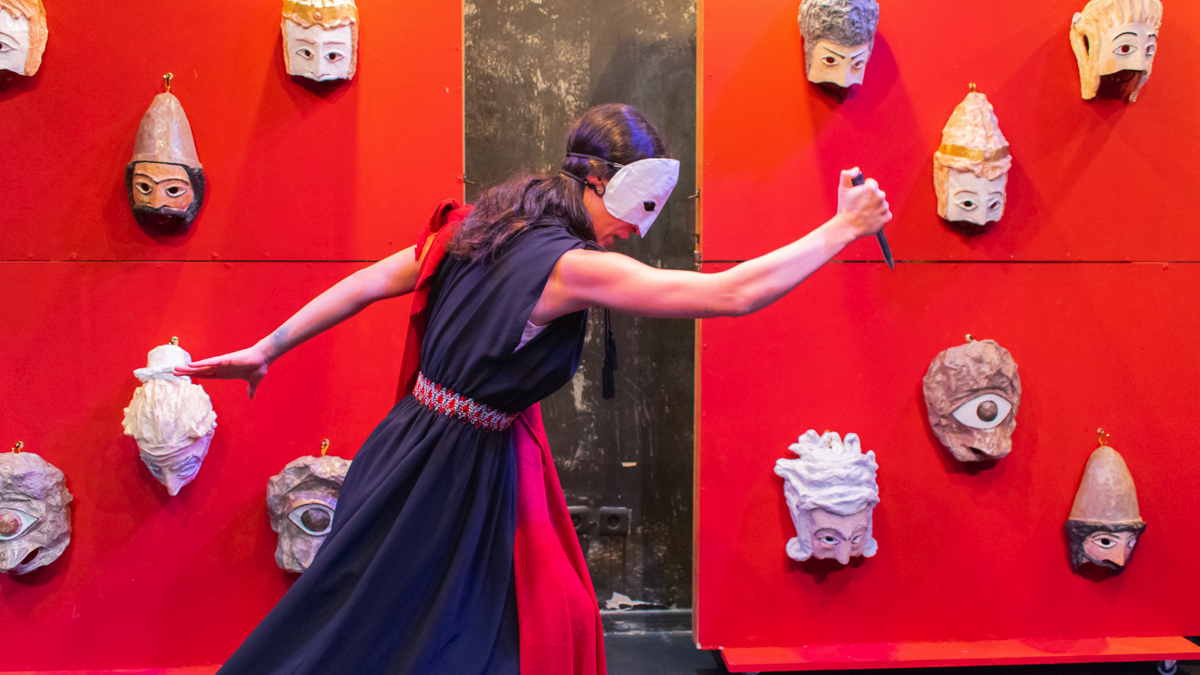 An interview with Yiannis Hondrokoukis

In a little theatre at the foot of the Acropolis, Koilon productions, a theatrical company that aims to promote Greek culture in innovative ways, has created and presents Athens’ only theatrical performance in the English language, meant for (but not restricted to, dare I add) tourists. From Homer to Aristophanes, “Medea and Other Friends I Made in Athens” brings its audience in touch with six of the most important works of Ancient Greek Drama. The producer Yiannis Hondrokoukis, the co-founder of Koilon Productions and mastermind behind the project, tells us more about the theatrical future of Greek tourism.

How did you get the idea for Medea and Other Friends I Made in Athens, and what is a “dramedy?”

Having worked, for many years, in the travel industry, I realized that we were offering, to the visitors of Athens, the same products for more than four decades, and funnily so Ancient Greek theatre was not one of them. Along with Democracy, Theatre was also born in the city of Athens, and yet during the summer months, which are the touristic high season, all theatrical stages were ceasing operations. So, seeing a gap, I decided to create a play that would promote Greek culture while being entertaining and addressing the modern-day viewer. “Dramedy” is a neologism used to describe the play as it compiles excerpts of both tragedies (drama) and comedies in a seamless whole.

The play is targeting a very specific audience, namely tourists visiting Athens and looking for refreshing, unique cultural experiences. What were, if any, the challenges of producing an ancient Greek performance exclusive to tourists?

I must admit that bringing the play to life was a real struggle, and that is due to several reasons: First, as our effort was unparalleled, the travel industry was hesitant and unaware of the right way to promote it. Then, finding actors that would perform in a language that is not their native and still reach high standards of performance. Also, creating a play that viewers, coming from different social backgrounds and cultures, would find interesting and entertaining. But our greatest struggle was finding and attracting our audience, and that is because the visitors of Athens spend, on average, two days in the city, so you can understand how precise and effective your marketing strategy should be in order to attract them.

What is the audience’s response to the show? Have you noticed any differences in the reactions of adults versus children?

“Had a great laugh and an even better time,” “This play was the highlight of our trip,” “A light, fast-paced, feelgood introduction to classical Greek plays and the birth of theatre.”
Going through various reviews on our site and social media, I picked out a few snippets that may help you better understand the effect the play had on a multicultural audience. After having watched the play, the marble fragments they’ve come across come to life and get a voice, an ancient, deep voice that still resonates today. Children mostly react to the first level of the performance, which is the use of masks, the internal rhythm of the spoken words, the choreographed movements of the actors.

How difficult is it to evolve “the model” of Greek tourism, overcome clichés, and form a novel culture-tourism relationship? Could theatre—or other art forms—be “malleable” to this cause?

As I’ve previously mentioned, Greek tourism is still wallowing in the golden days of the ‘70s and has turned the quote “if it’s not broken, don’t fix it” into modus operandi. But is this the right way to go about in a constantly and rapidly changing environment? Is it souvlaki and miniature replicas of the Acropolis that 21st-century tourists are looking for? I beg to differ. When a tourist visits Greece, they are looking to acquire experiences because that is how their trip will become meaningful and substantial. Theatre is essential in creating value that lasts since, through storytelling, it can help transform the visual stimuli into a holistic experience, and by transcending time, it immerses the audience into the authentic Greek spirit that resides in every fragment they have come across.

What does Koilon’s future hold?

We are currently in talks with a Chinese production company to have the play performed in China, by Chinese actors in their native language. We have also been in contact with an Australian production company, trying to bring the show to the Greek-Australian community that longs to connect with the motherland. And, to keep things busy, we are preparing a child’s play, in Greek, for the coming season.

All photos are courtesy of Mr. Yiannis Hondrokoukis & Koilon Productions