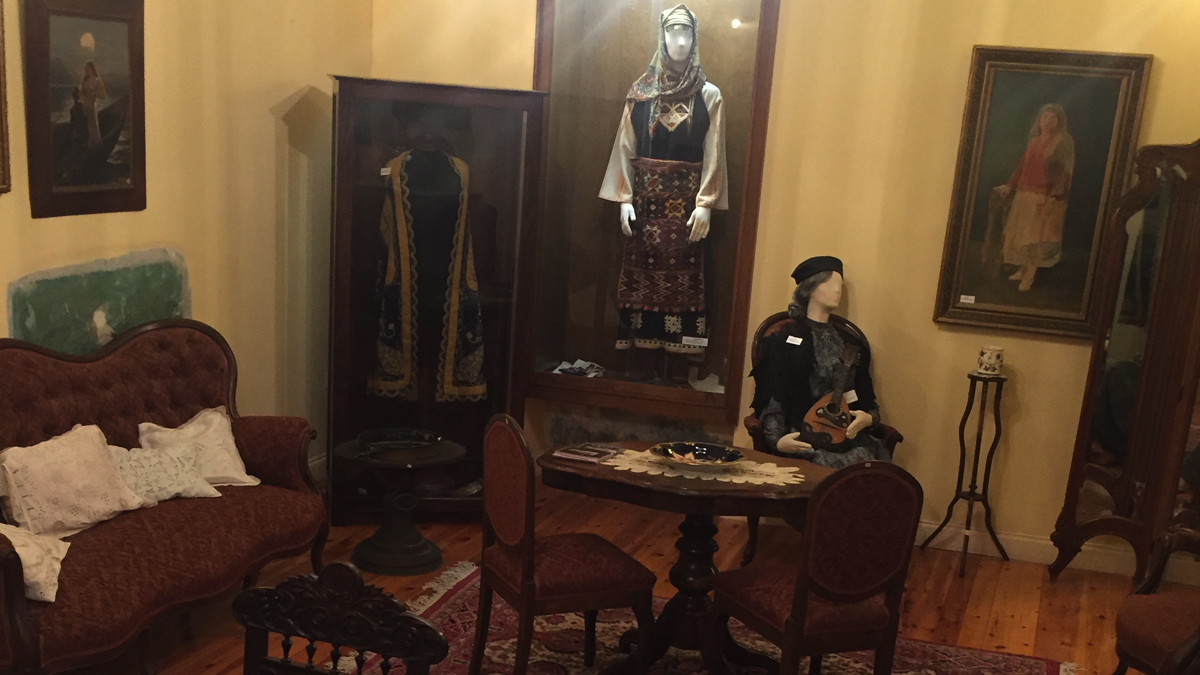 The Historical & Folklore Museum of Aegina

Panayiotis Eriotis, the prominent scholar, archaeologist, folklorist and literature professor who was the Director of the School of Aegina from 1887 to 1925, was a notable influential figure of the island’s cultural and academic world. Today, his home “houses” the culture of his beloved island…

The Eriotis family home, built by Panayiotis’ own father in 1828, was bequeathed to the Municipality of Aegina by his daughter Polymnia Erioti Thomakou to house the Historical & Folklore Museum. Another prominent local figure, Gogo Koulikourdes, a professor of History and a close friend to Polymnia, was of immense help with the museum’s establishment.

The neoclassical building was, unfortunately, severely damaged by an earthquake in 1981. The repairs were gradually completed by the Association of Friends of the Folklore Museum of Aegina (established in 1989) who worked hard on raising the funds necessary, by gathering donations and organizing bazaars, exhibitions, and cultural events. The Association nowadays sees that the museum’s collections keep getting enriched, with the help of local and foreign donors.

The museum often operates as an art gallery and houses exhibitions by contemporary artists from all over the world. The permanent collections include room reconstructions of typical Aegina residences and traditional craftsman lodges.

The Museum’s own historical archives along with a large part of Eriotis’ correspondence and academic archives (including his doctoral thesis) and his library that includes many, 17th century, Greek and foreign books of great value.