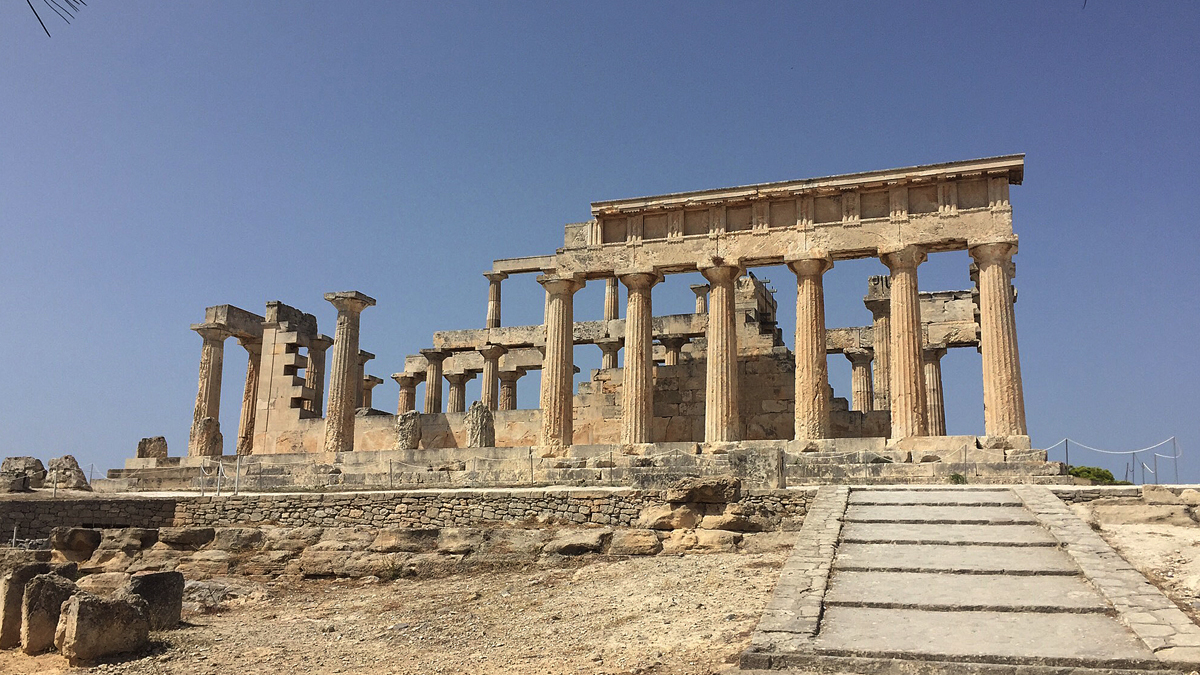 Aegina in a day!

They say that you can’t see Rome in a day but can you see Aegina in a day? You sure can! Within a 40-minute boat ride from the port of Piraeus you find yourself in a place of charm, tranquility and warm-hearted people where history and culture dwell in every corner…

As soon as you arrive at the island, you will see the Temple of Apollo overlooking the port. The historical site is also called Kolona (column), as a kolona is the sole remnant of the temple. Let yourself wander around the site, take in the beautiful sea view with the green waters and use your imagination to reconstruct the glorious temple that there once was.

Next stop is the Folklore Museum housed in an 1828 neoclassical building; the property was donated by Polymnia Iriotou who wanted to safeguard the identity of the old urban houses of Aegina. The museum is situated in the Old Town of the island, which gives you a great chance to later explore the alleyways, socialize with the chubby stray cats inhabiting the town, visit souvenir shops and stop to take a breath at a refined small café.

On your way to the eastern side of the island, don’t forget to admire art expressed in every form, shape and material at the Christos Kapralos museum. The artist who passed away in 1993, is present through his legacy which reflects his evergreen spirit.

The heart of Aegina beats in the 110-year-old Monastery of Agios Nektarios which is the most visited site of the island. Inside the monastery there are two chapels which host the holy relics and tomb of the Saint. At a close distance, there is the hill of Paleohora, a complex of 33 remaining churches which are rumored to have been 365, one for each day of the year!

A landmark of the island is the Temple of Athena Aphaia, built in 480 BC. The 25 Doric-style columns (of the 32) which still stand on the site are there to remind visitors the imposing significance of the island through the years.

Aegina took its name from a nymph who Zeus was enchanted with and decided to take to the island. As enchanted feels anyone who steps foot on this place; a day is enough to take in the beauty and history of the island, return to your everyday life and bear this memory as a dream.

Don’t forget that if Kazantzakis chose to spend many years of his life in Aegina and was inspired to write “Zorba the Greek” there, then this place must have a rare and special appeal…