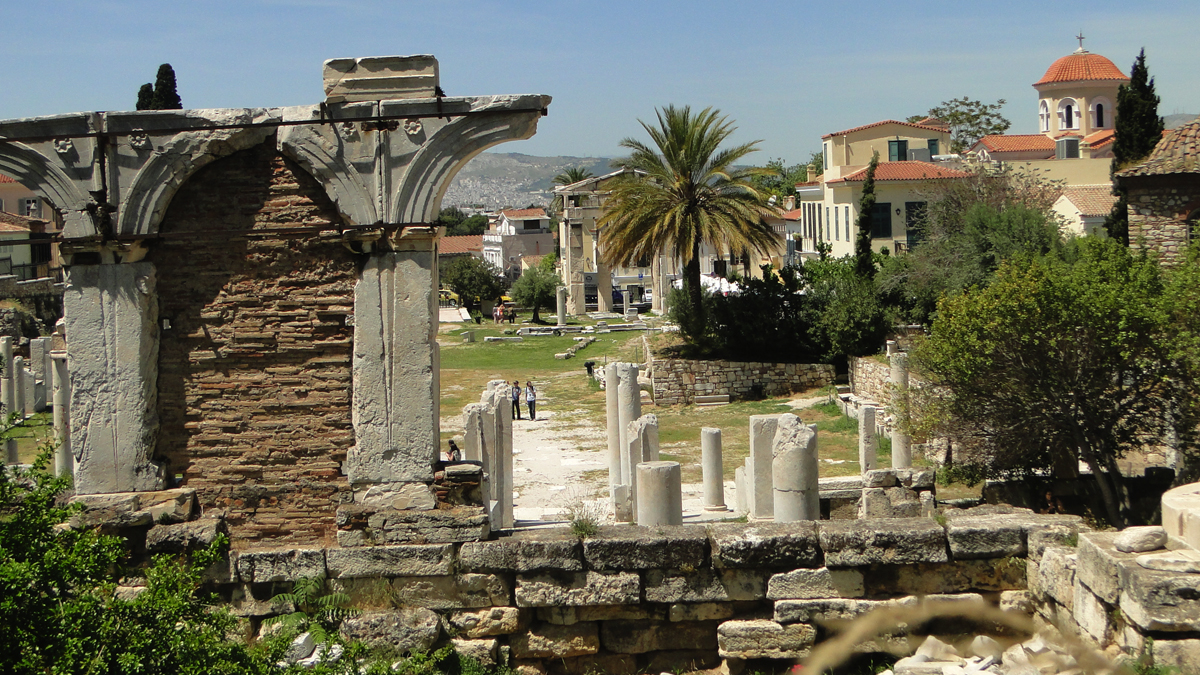 A unique walk through history

No matter where you walk in Greece, you walk on history… For a third year in a row, the Hellenic Society for the Environmental and Cultural Heritage along with the Organizations and Citizens for a Sustainable Historic Center’s Network have organized, in cooperation with the Athens Festival, a series of walks in historical landmarks in Athens.

Following the extremely successful walks hosted in the last two years, Manolis Korres, architect, emeritus professor of the National Technical University of Athens and member of the Academy of Athens, will be guiding guests through the Roman Forum and Hadrian’s Library. Τhese successful walks, held under the title “Athens: Sites of History” present a set of important monuments in historic landmarks of Athens, from Roman times to the Ottoman era. They prove the coexistence of civilizations throughout the centuries.

The Roman Forum was built between 19 and 11 B.C. with a donation from Julius Caesar and Augustus. During the Byzantine period and Turkish occupation, the area was filled with houses, workshops and churches as well as the Fethiye Mosque.

Roman Emperor Hadrian built Hadrian’s Library in 132 A.D. on the north side of the Acropolis of Athens. The building followed typical Roman forum architectural style, with a high surrounding wall with protruding niches at its long sides, an inner courtyard surrounded by columns and a decorative oblong pool in the middle. The library was on the eastern side where rolls of papyrus “books” were kept. Adjoining halls were used as reading rooms, and the corners were serving as lecture halls.

Manolis Korres could not be a more ideal tour host. He is responsible for the restoration of the Acropolis and the Acropolis Museum’s founder and has extensive experience and knowledge of the historical and architectural wonders of Greece.

Korres has participated in the study, conservation, restoration and promotion of many historical monuments throughout Greece. He has worked in Erethyio, in the sanctuary of Dionysus in the Dionysus Theater in the southern part of the Acropolis, but has primarily focused on the Parthenon (from 1983 to 1999, he was responsible for restoration work and promotion of the monument).

Korres has taught ancient architecture, historical topography, and restoration at leading institutions, including the National Technical University and the National and Kapodistrian University, the Universities of Pennsylvania and Berkeley in the USA, and various universities and research centers throughout Europe, America and Asia.