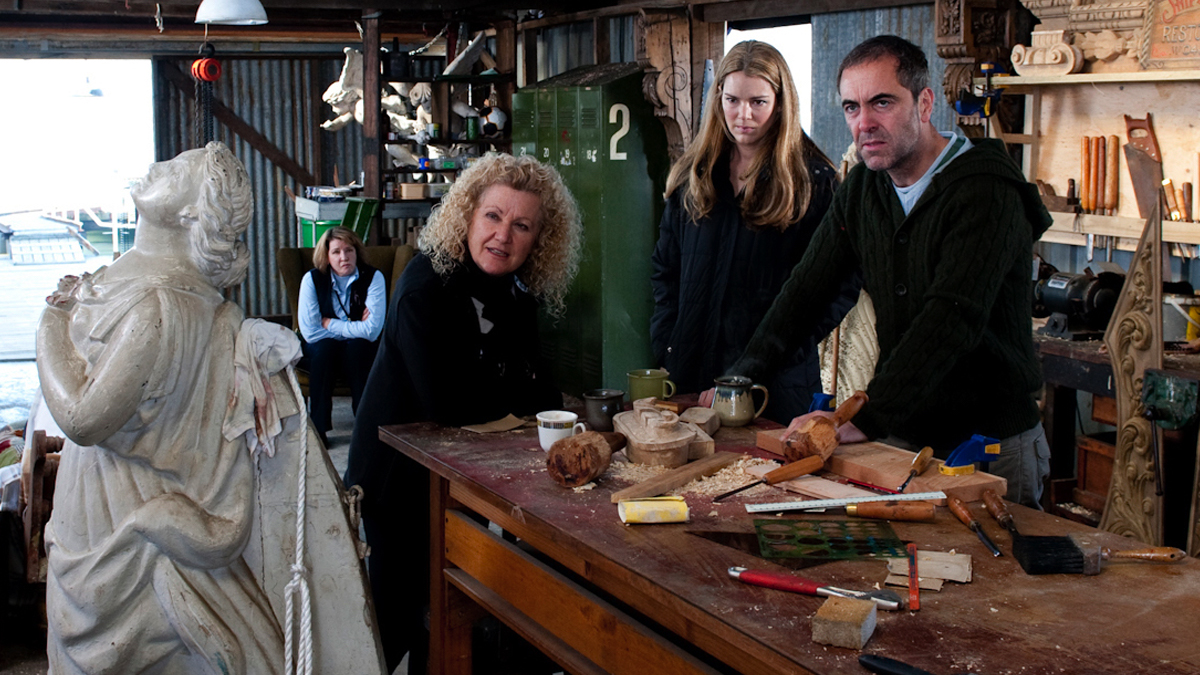 A Briki and Other Masterpieces

An interview with Nadia Tass

Nadia Tass is one of Australia’s most respected and unique filmmakers with her films being responsible for 23 Australian Film Institute awards and 68 international awards. The Greek director was born in Florina, in the village of Lofoi and migrated to Melbourne, Australia with her parents at the age of seven.

After pursuing an academic career in Arts and Education, Tass began acting and directing classical and contemporary theatre in Melbourne. Her experience as a theater director is extensive, ranging from improvised theatre and classic plays to contemporary pieces and musicals. Her 1986 debut movie “Malcolm” was a worldwide success, winning 21 international awards and 8 AFI Awards. In 2011, the gripping drama “Matching Jack” won Best Director, Best Film, and Best Screenplay at the Milan International Film Festival, as well as Best Film Prix Du Jury (jury prize) at the Cannes Film Festival.

In 2018 Tass directed David Williamson’s play “Sorting Out Rachel” for the Ensemble Theatre in Sydney, followed by Marisa Smith’s “Sex and Other Disturbances” for the Portland Stage in Maine, USA. She also directed “Fern Hill” by Michael Tucker for the New Jersey Repertory Company in Long Branch, which will actually transfer to New York City in September. Her latest work “Masterpieces of the Oral and Intangible Heritage of Humanity” by Heather McDonald for the Signature Theatre in Washington DC has received smashing reviews.

Q.What made you pursue film making and what roadblocks did you face when you were first starting out?

I have always been involved in storytelling, began with theatre at a very young age. By my first year at university, I realized that my work would be seen by a much larger audience if the ticket prices were more affordable for the majority of the public. Theatre had become elite, so my work at the various theatre companies was mainly seen by those who could afford the exorbitant price of the tickets. Concurrently, I was watching brilliant movies by Bertolucci, Fellini, Tarkovsky, Truffaut, Godard, Kurosawa, and some of the great American classics amongst which are works by Elia Kazan. I fell in love with the screen and went to film school after graduating from university. I made my first film, “Malcolm,” straight after graduating film school. Thankfully, it was a major international success, so it propelled me to Hollywood where I still make movies, but I also create my independent work as well.

Q.Your bio is an impressive list of filmography and theatrical productions. Which film or play has inspired you the most and which do you consider your greatest achievement to date?

I am continually inspired by different narratives. Everything I take on has a special place in my life, particularly for the time that I’m working on it. In retrospect, the latest play I directed, “Masterpieces of the Oral and Intangible Heritage of Humanity” by Heather McDonald is possibly equal to my best work on stage. Also, “Disgraced” by Ayad Akhtar and “The Other Place” by Sharr White. As for cinema, there are at least half a dozen of my titles that I still enjoy watching, particularly if they’re being screened in front of a large festival audience. When the American Cinematheque screened a retrospective of my work, I particularly enjoyed watching “Malcolm,” “The Big Steal,” “Amy,” “Mr. Reliable,” and “Matching Jack.”

Q.“Masterpieces of the Oral and Intangible Heritage of Humanity,” asks when the earth becomes chaos, what is worth saving? If you found yourself in such a situation, what would you save?

Photographs of my two sons, of my family, and the “briki” my mother gave me when I first learned how to make Greek coffee.

Q.Traditions, religion, music, language, food, and wines are the major composites of the Greek culture and constitute the base for those who wish to visit and understand today’s country. Do you hold a specific image or have a vision for Greece? If you were given a chance how would you depict this through cinematography?

These are great platforms and landscapes for human narratives to sit on. It is the human story I would focus on, which I would set against the Greek culture, the brilliant landscape, and the unique light. The Greek sense of humanity, generosity and “philoxenia” is what I’m very proud of and have not found in abundance in some other cultures.

Q.What are you currently working on? Are there any future projects you’re excited about?

Yes, I’m working on a number of theatrical and cinematic projects. Right now, I’m finishing off a feature documentary on a major cinematic star from the USSR who defected and then, I will be in New York city with my play “Fern Hill” by Michael Tucker in August, September, and October. Then, I’m making a movie which is based on a classic novel and takes us from the streets of Detroit to the Australian outback. I am particularly excited by this because it focuses on the need for people to arrive at a positive “can do” attitude! In essence, to get on with being inclusive with diversity and not to focus on separatism and destruction of our world.

All photos are courtesy of Cascade Films & Ms. Nadia Tass