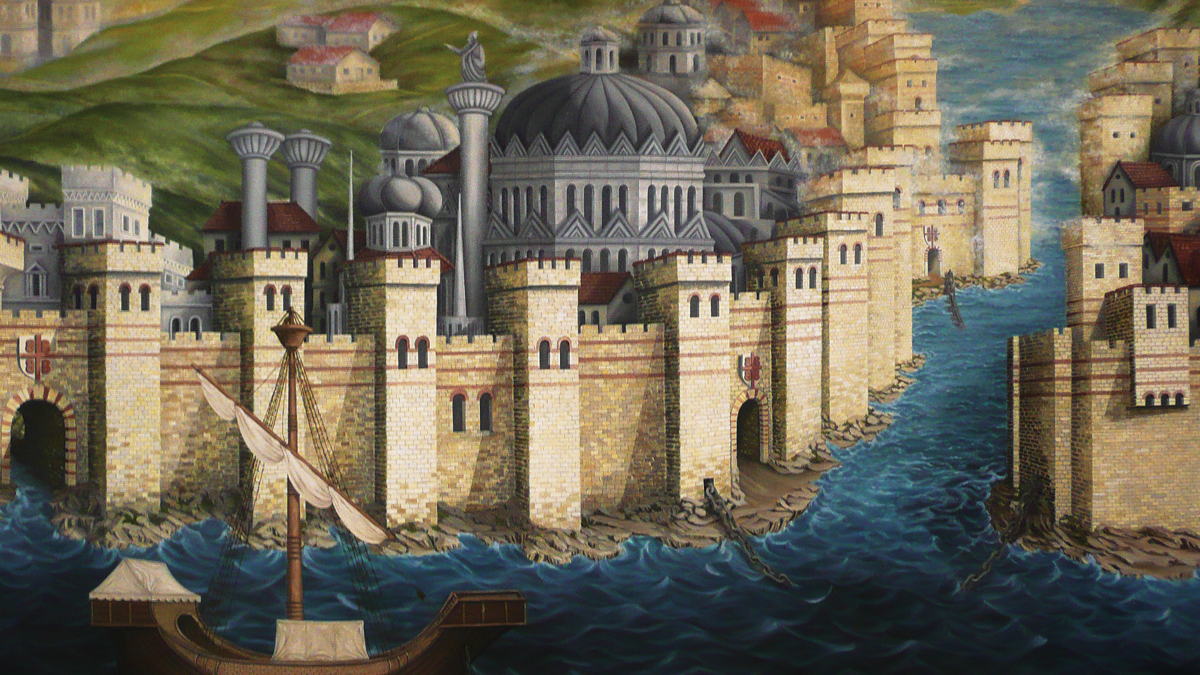 Constantinople, 1453:
The Fall of the Queen of Cities

The capture and destruction of the Byzantine capital by the Ottoman Turks is one of the most dramatic events in the history of the Western world. For the Byzantines, Constantinople was not just a mere city, but the Queen of all the cities, the Second Rome.

The Roman Empire incarnated itself in the Byzantine Empire the years following the fall of Rome and the transportation of the Roman capital from Rome to Constantinople by Constantine the Great in 4th century CE. During a thousand years of history, the Byzantines stood against an innumerable number of enemies who attempted to conquer imperial territories and the great capital Constantinople. The only successful attempt was in 1204 (through treachery), led by the Franks during the Fourth Crusade. Otherwise, the walls of the “Queen” had never been breached by any invading opponent.

After the reclamation of Constantinople in 1259 by Michael VIII Palaiologos, the Byzantine Empire had become a shadow of its former self. The Ottoman Turks, a new tribe from the East, had conquered territories of the Empire in Asia Minor. By the 15th century, the Turks had claimed almost all the Byzantine territories and continued to grow. The Empire was in a serious danger.

In 1422, the Ottomans, under Murad II, set out to sack Constantinople. The Byzantines were well prepared for the siege, having acquired and incorporating new cannons into their defenses. The Empire would be saved and the Ottomans withdrew. For a while…

In 1451, when a new and ambitious sultan took the Ottoman throne, the Byzantine Emperor Konstantinos Palaiologos, the last Emperor, went to meet his fate: to save the Empire from the Turks. Mehmet II followed a wise strategic plan; he gradually fortified the areas around the city to cut supplies and simultaneously gathered an immense army of 100,000 men from the former Empire territories. However, the most lethal weapon the Sultan had in his hands was the largest cannon in the world designed, by a Hungarian engineer.

The city walls had been repaired after the last siege in 1422, but the total number of men at arms was only about 10,000, along with a poor reinforcement of 2,000 men under Genoan and Venetian command.

On April 6, 1453 the siege began. The old-fashioned arsenal of the Byzantine defenders proved a significant disadvantage. Smelling the panic, Mehmet made Palaiologos an offer – leave the city to the Ottomans who would peacefully occupy it. The Byzantine Emperor refused.

The primitive cannons repelled every Turkish attack and the Empire’s defenders quickly repaired the walls. For more than a month, Mehmet bombarded city walls. But on May 27, 1453, the Sultan launched an even more intense attack… The exhausted city’s defenders repulsed the initial assault but, finally, invaders breached the once impenetrable walls with their scaling ladders. Constantinople fell after an impressive defense on May 29, 1453.

The city was looted for three days and eventually became the capital of the Ottoman Empire. Constantinople had long protected Christian Europe from Muslim expansion and its fall ultimately left Europe vulnerable to attack from one of history’s greatest Muslim powers.