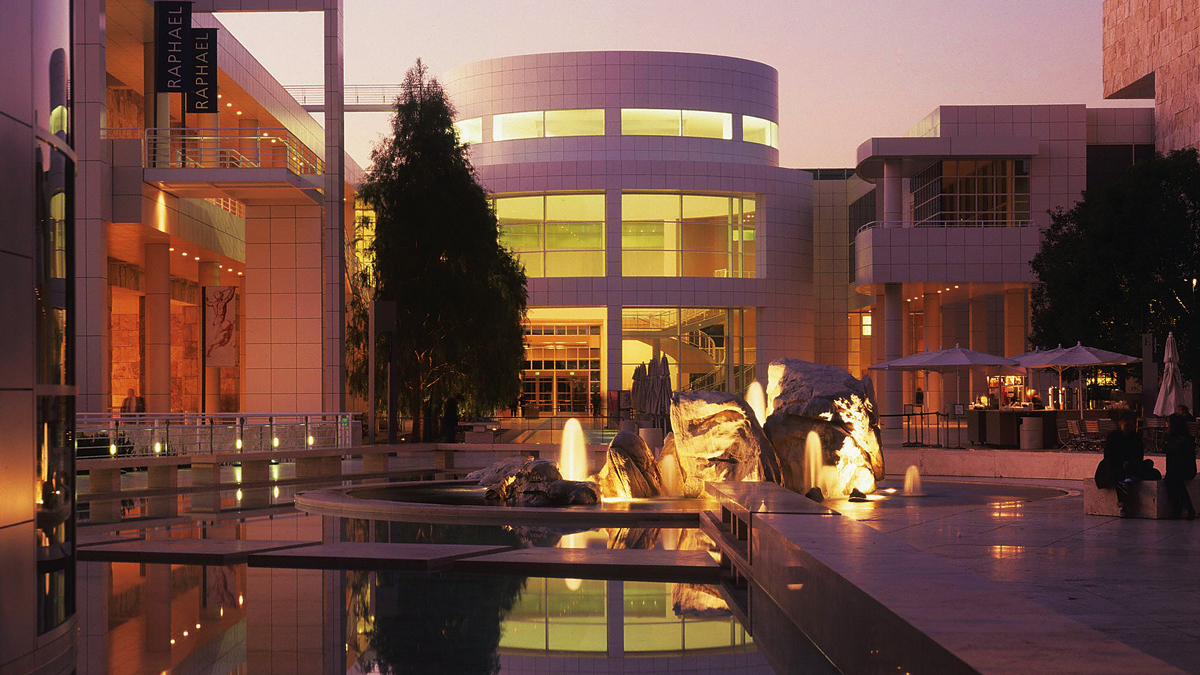 The arts and culture of the Middle Ages were the inheritors of a rich classical tradition. For more than a millennium following the fall of Rome, antiquity was evoked and preserved through visual arts, ceremony, and manuscript culture. Remembering Antiquity: The Ancient World Through Medieval Eyes, on view January 24 through May 28 at the J. Paul Getty Museum, explores the constant and varied engagement of medieval people with the classical past.

“After the fall of the Roman Empire and the Christianization of Europe, many of the great works of Greek and Latin literature were copied by scribes in monasteries of centers of learning, preserving them for posterity and forming the foundation of medieval scholarship,” says Timothy Potts, director of the J. Paul Getty Museum. “While the rediscovery of Greco-Roman art and literature has come to be associated with the Renaissance in Italy from about 1400 through the 1500s, antiquity was in fact studied and commemorated throughout the preceding Middle Ages. In many ways the classical world never really died, but just receded under layers of subsequent culture. For authors and artists alike, the process of historical remembering in the centuries before the Renaissance often involved embellishment or invention, as stories of ancient rulers and mythological heroes were frequently employed and adapted for inclusion in Christian texts.”

Bringing together objects from the Getty Museum’s antiquities collection with works from the manuscripts collection, the exhibition is divided into three sections. Section one explores the fluidity of artistic forms across antiquity and the Middle Ages. The second focuses on the classical knowledge base that was preserved by and transmitted through the work of medieval scribes and artisans. The last section explores medieval understanding of, and approaches to, the past.

The Language of Forms

“Whether through quotation, emulation, transformation, or invention, the medieval world drew upon the classical, exploiting its expressive visual language,” explains Kristen Collins, co-curator of the exhibition. The styles and motifs of classical art provided a rich vocabulary for medieval artists and patrons. The formal characteristics of ancient Latin script were often employed to imbue religious texts with the authority of imperial Rome. Winged victories, as shown in Earrings with Nike (225-175 BC), were supernatural beings in ancient art. The personification of victory—known as Nike to the Greeks, Victoria to the Romans—was among the most frequently depicted, appearing in a variety of media and contexts. With the transition of the pagan world to the Christian, the goddess was adapted and transformed, into both an angel and a pagan idol. At times both depictions appear together in the same object.

The study of medicine, drawn largely from classical sources, flourished in medieval universities. Latin translations of Greek and Arabic commentaries on other ancient medical texts shaped the discipline throughout the Middle Ages. Medieval physicians saw the body as a microcosm of the physical universe. Their practice sought to counteract imbalances in the four “humors” caused by natural phenomena such as the position of celestial bodies, the earth’s climate, and the ocean’s tides.

“During the Middle Ages, history was seen as the unfolding of God’s will over time, and great effort was made to align ancient historical accounts with the Bible,” says Kenneth Lapatin, co-curator of the exhibition. “Medieval authors mined classical texts, which were seen not only as essential documents of the past but also as ideal tools for learning the grammar and rhetoric of Latin.”

In their compendia of classical lore, medieval illuminators often updated the appearances and settings of ancient figures, representing them in contemporary costumes and architectural contexts. Such artistic devices blurred the lines between antiquity and the medieval present, demonstrating how people in the Middle Ages viewed their culture as an outgrowth of the Greco-Roman past. Within a single illuminated letter “P” (about 1300), Alexander the Great holds baited sticks as he is lifted heavenward by two griffins – ferocious composite creatures, part eagle and part lion. While the author of the accompanying text omitted this fantastical episode from the Alexander legend, the artist drew upon an established visual tradition.

About The J. Paul Getty Museum collects Greek and Roman antiquities, European paintings, drawings, manuscripts, sculpture and decorative arts to 1900, as well as photographs from around the world to the present day. The Museum’s mission is to display and interpret its collections, and present important loan exhibitions and publications for the enjoyment and education of visitors locally and internationally. This is supported by an active program of research, conservation, and public programs that seek to deepen our knowledge of and connection to works of art.