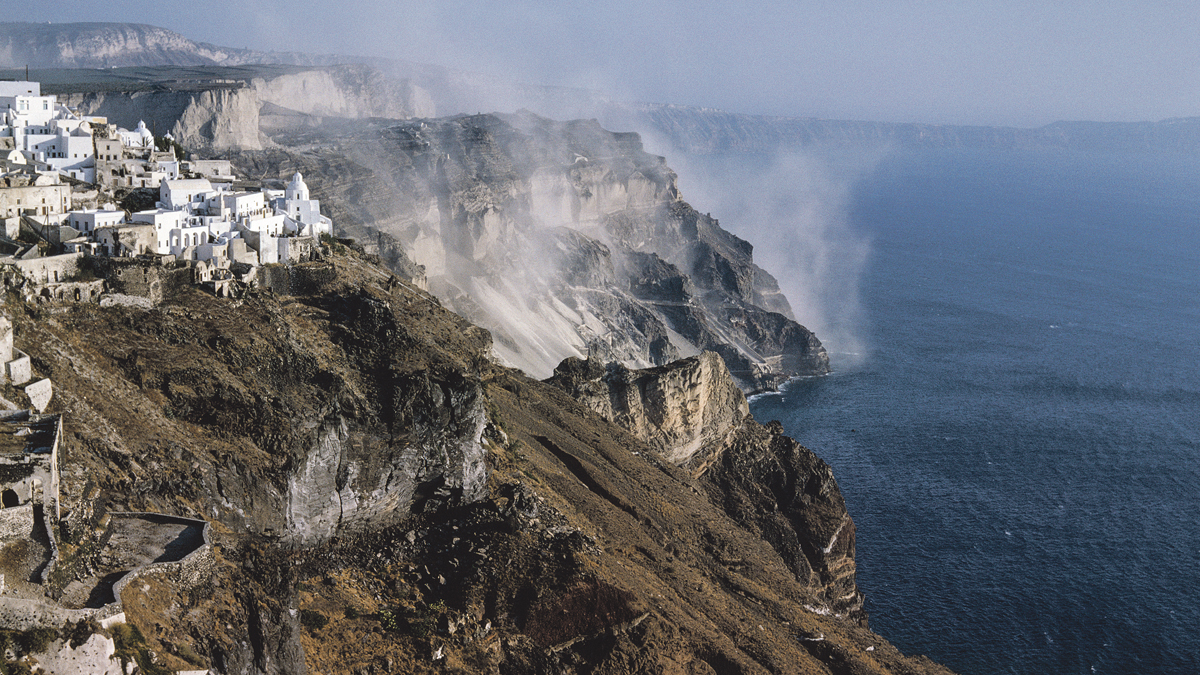 Photographs going well beyond the depiction of a person, an object, or a place, or even a satisfying visual composition. Photographs representing a form of poetry, creating a vivid emotional experience and evoking in our souls much more than the direct visual content of a simple picture. Photographs going far beyond the simply documentary: subjects are elevated through silhouetting, perspective and composition, creating a series of highly memorable, iconic images.

The Embassy of Greece in Belgium is hosting an exhibition of renowned American photographer Robert McCabe entitled “Greece, Pathways to an Enchanted Land”, open to the public from April 26 to May 7. The exhibit is an immersion in the Greek seas and the critical role they played in human societies over the centuries, through the eyes of the noted photographer.

Robert McCabe was born in Chicago in 1934 and grew up in the New York City area. His first photographs of Europe were the result of a trip in 1954 to France, Italy, and Greece while he was an undergraduate at Princeton.

He returned to Greece in 1955 and 1957 via freighter from the U.S. and traveled extensively in the Aegean, shooting with a Rolleiflex and Plus-X film. In 1957 he took a series of color photographs in the Greek Islands at the request of the National Geographic Society.

His black and white photos were first exhibited in 1954 and 1955 at Firestone Library at Princeton, and in a traveling exhibition, which ensued. In 1967 a selection of photographs was exhibited at the Olympic Gallery (now Olympic Tower) in New York under the auspices of Spyros Skouras. The publication of his first book Metamorphosis was in 1979.

In October 2012 McCabe released China-Greece: Ancient People, Changing Worlds in conjunction with an exhibition of the same name which ran from October 2012 through September 2013 at the Museum of Asian Art on the island of Corfu, Greece. The book presents 130 color photographs of these two countries illustrating the rapid changes that have, and are taking place in each.

In July 2013 Patmos: Pathways of Mystery, was published to coincide with an exhibition of the same name at The Old School in Chora, Patmos. The book included 25 photographs selected from the show’s images in an attempt to show a slowly vanishing Patmos. McCabe’s most recent book, Mycenae 1954: High Noon was released in November 2014.