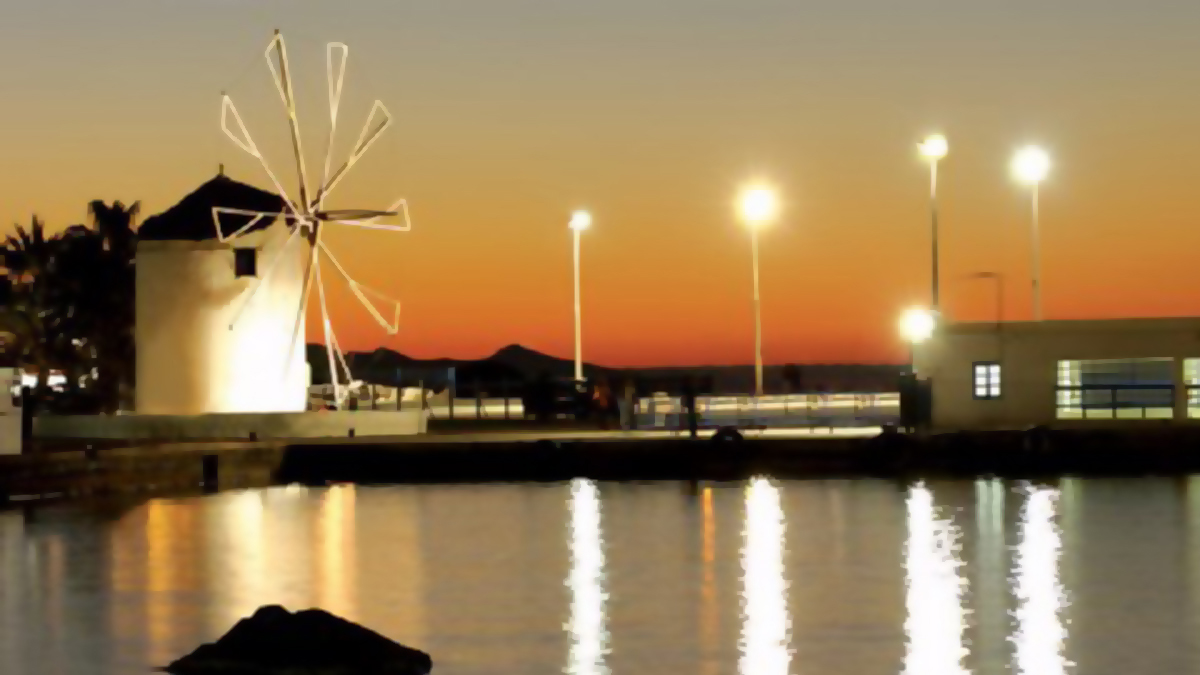 Paros! An island as magnificent as its marble, tempts you to sample its beautiful beaches, walk the traditional villages and holy places. Listen to the sounds of the sea while you marvel at its picturesque harbors; take a moment to savor its unique culinary treats. Paros is an island that will entice all your senses!

“Paros is a natural beauty, with amazing beaches with blue-green waters and has been awarded five blue flags for its beaches”, Markos Kovaios, Paros’ mayor says. It is an island where the smell of the braised bread, of the chickpeas cooked in the wood oven and the octopus on the charcoal is a boost to your appetite…

“Paros is an island for every taste, every budget and every age -it has everything: places where you can have fun all night! Ten minutes away, you can relax in a traditional villages’ squares, enjoying the local delicacies”, Paros’ mayor, Markos Kovaios says. Paros fulfills all the senses – in Parikia, Naoussa and Lefkas the picturesque streets are ideal for walks. Taverns and cafes, shops and “balconies” with stunning views to dazzle even the most discerning visitor.

“We have a 280% increase in tourism due to the new airport, we also have frequent connections with the port of Piraeus (only four hours away) and we have air connections with both Heraklion and Thessaloniki”, Kovaios explains.

Apart from the new airport, the island also welcomes yachting enthusiasts to its many small harbors. Located right in the center of the Cyclades, Paros serves a central location while discovering the surrounding islands and nearby beaches with daily excursions, the Mayor shared with us.

Paros is an island affordable for all – you can find inexpensive accommodations and restaurants. Many restaurateurs are locals serving their own products. In Paros, you can enjoy not only Greek hospitality, but also the Parian and Cycladic flair for it. In Paros tourists are not seen as clients but as friends. “We want to make the visitors come back to Paros. We want Paros to become the island of their hearts”, Kovaios says.

Throughout the island, cultural events take place almost daily! Check these out:

A festival in the Park, organized since 2009, runs June to September and includes many cultural, sporting and environmental events that take place at the open-air Archilochus Amphitheater, the open cinema Enastron, and the wider Park area. The open-air theater of Archilochos, combines excellent acoustics with a breeze of an ancient theater, offering at the same time an excellent view of the Naoussa bay. This way, visitors have the perfect opportunity to relax and take in sounds and scenes.

The islands feasts («panigyria» in Greek) organized on the saints’ celebrations take place in the villages, bringing the visitor close to the Parian hospitality.

The island is also a religious tourism destination, most notably for the Holy Pilgrimage of Ekatontapyliani, in Paroikia, where on August 15th the Assumption of the Virgin is celebrated. “Our Byzantine monument is unique amongst those all in Greece. It was built by Constantine the Great and Saint Helen and by the same architects who built Hagia Sophia in Constantinople. The island has also many monasteries”, Paros’ mayor says.

Water skiing, windsurfing and kite surfing, jogging, tennis, horse riding, walking and cycling are just some of the sports a visitor can do while staying on the island. Windsurfing is best in Santa Maria, Chryssi Akti, Tsoukalia, Kolimbithres and Pounta (opposite Antiparos). Each beach has its own degree of difficulty, which varies according to the winds. Kite surfers will find their paradise in Paros-Antiparos, on the beach of Pounta.

Paros has a network of footpaths with a total length of about 56 miles. Along the way, visitors will see farmhouses made of stone, windmills, watermills, cisterns and threshers. The hiking trails of Paros can be a true revelation, even for the most skeptical.

History lovers can visit Parikia, the Archaeological Museum, Castle, Ancient Cemetery and Ekatontapyliani Church. In Naoussa there is a 14th century Venetian castle, and in Lefkes, a 16th century village of exceptional architecture.

The Parian “gouna” (sun-dried fish) and the ruby red wine, that is called “souma”. Don’t forget to taste chickpeas cooked in the clay pot, the salatari and the zucchini and tomato balls.

“All summer, every single day, there are traditional festivals and cultural events in Paros, Kovaios states. Here’s a list of some of our favorites!